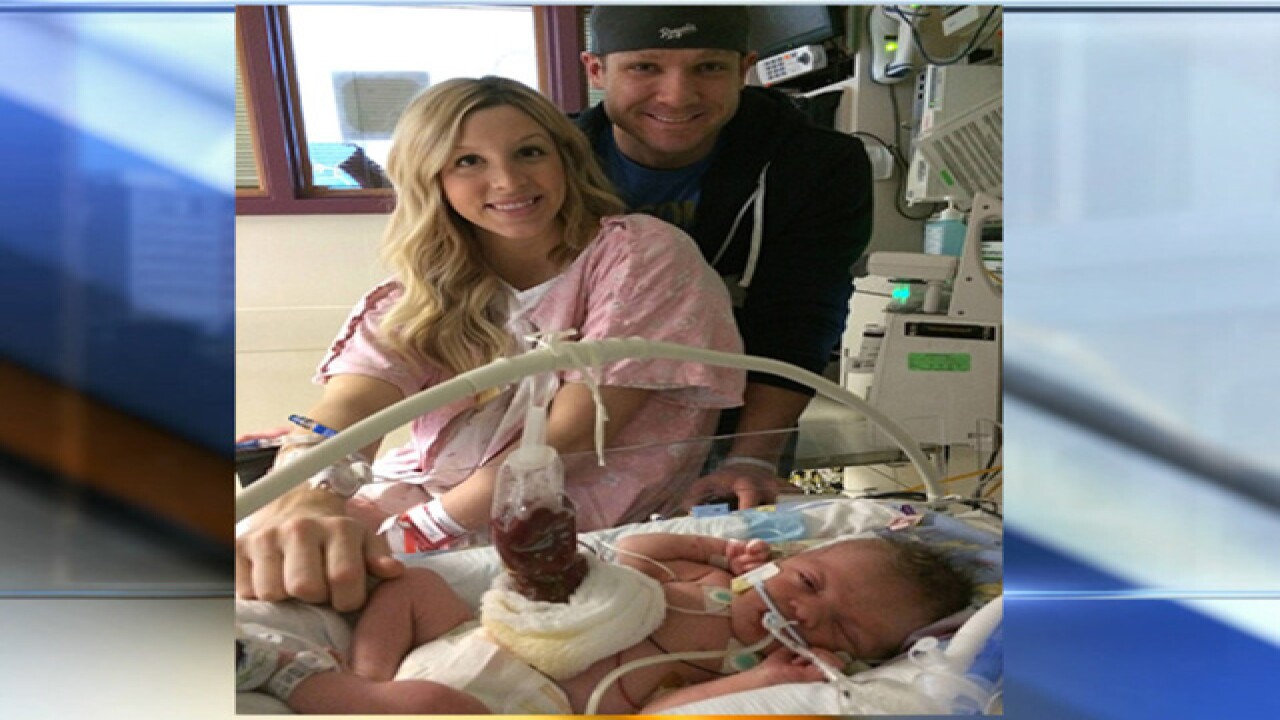 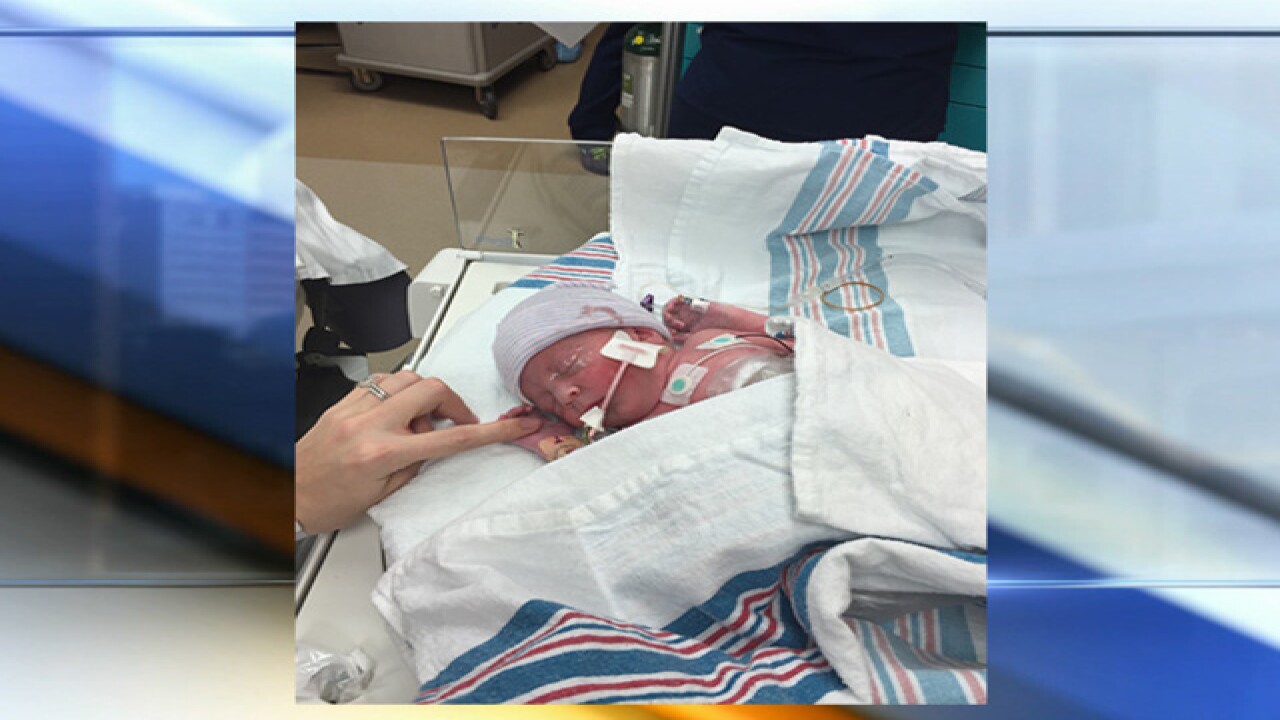 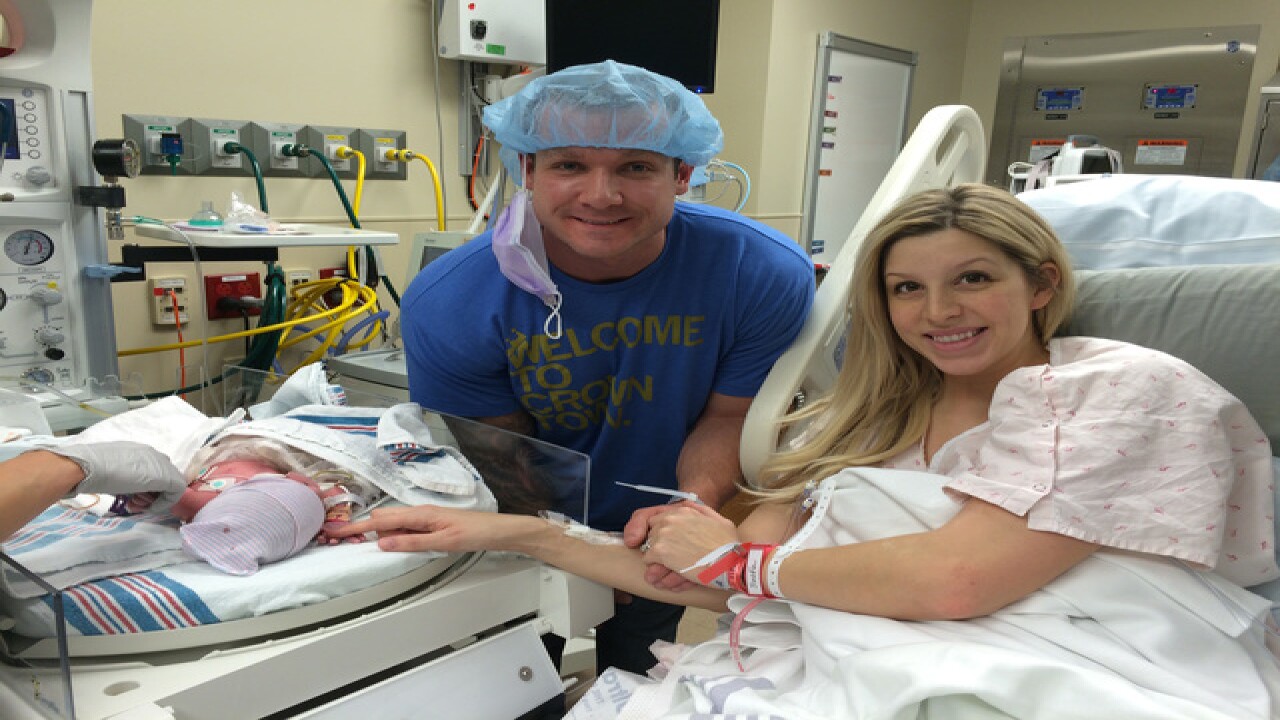 “We had no idea this day was going to be like this,” said Anna Bubeck, Brecken’s mother. “It  was relieving to hear him cry right after I had him. I was really excited. I saw him opening his eyes.”

Breck suffers from a rare disease called Gastroschisis, which means his intestines were formed outside of his body. Doctors immediately rushed the newborn into surgery and now he is recovering in the neonatal intensive care unit (NICU).

The hospital says Brecken’s is doing well but he is expected to stay in the NICU for several weeks while recovers from surgery and prepares for another.

“He's definitely been a fighter. And you can look at him and right now you can tell he's still a fighter-- doing great,” said Josh Bubeck, Brecken’s father.