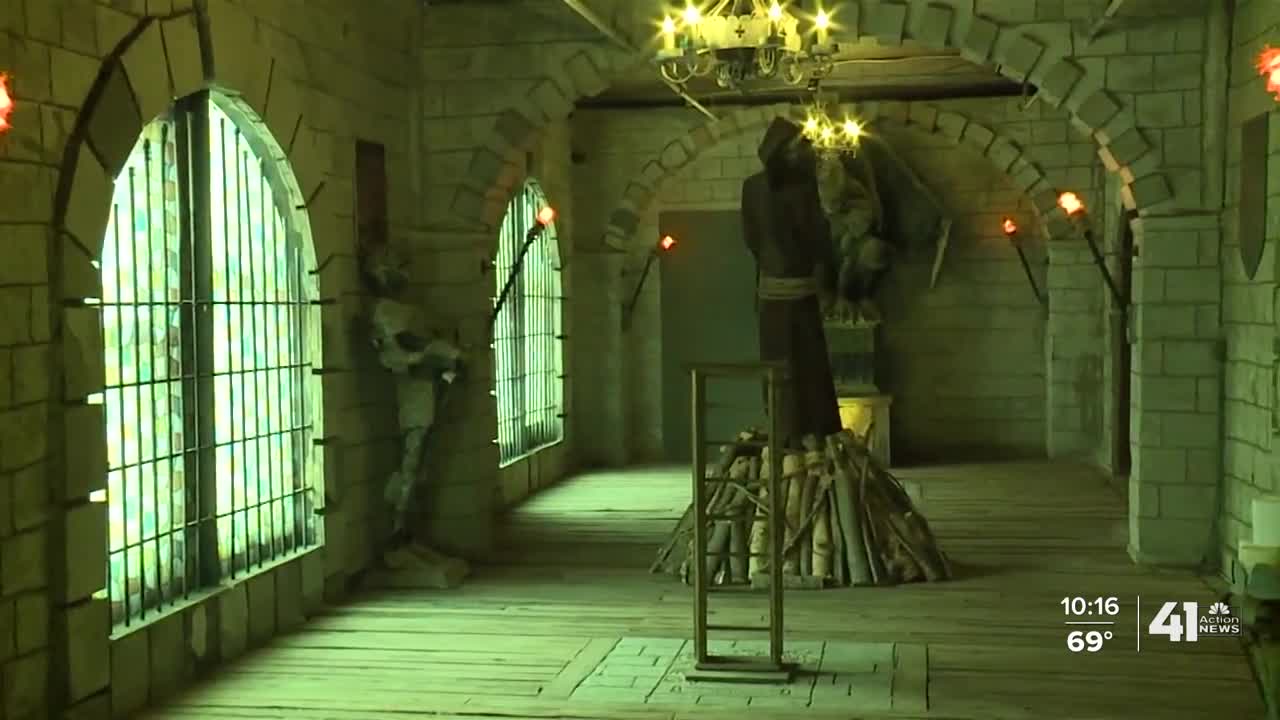 Only two haunted houses will open in the West Bottoms this year – The Edge of Hell and The Beast, which is celebrating its 30th anniversary. KANSAS CITY, Mo. — Only two haunted houses will open in the West Bottoms this year – The Edge of Hell and The Beast, which is celebrating its 30th anniversary.

"It's being able to step outside what is real and enjoy a little bit of fun," Amber Arnett-Bequeaith, with Full Moon Productions, said.

Arnett-Bequeaith, also known as the "Queen of Haunts", grew up around that spooky fun that now is part of Halloween traditions for many families.

"You can literally feel it physically, that energy in the air to come," Arnett-Bequeaith said. "Who gets to be next? Who gets to go in? And we now have grandparents who bring their grandchildren."

The pandemic put the future of these haunted attractions in question, but they're going ahead with it so people can briefly escape reality and to keep staff working.

The cast will creatively add masks to their characters, in addition to following other safety protocols.

"We're not doing any of the makeup or costuming on site," Arnett-Bequeaith said. "Everything is being done at home and brought in."

The duration of the haunted homes will be limited. They're usually open 35 days for the season, but only 18 days this year, beginning on Friday.