Where you can get Thanksgiving dinner for less than $50 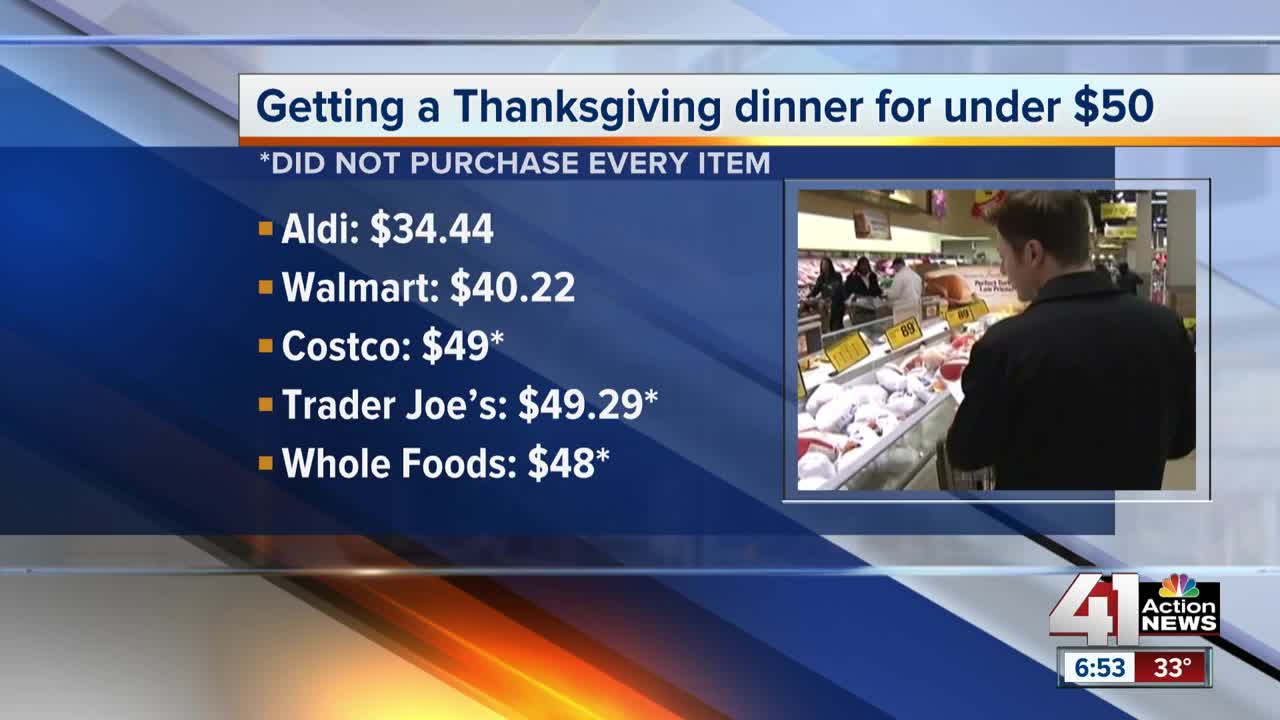 According to CNBC, it's possible to feed 10 people on Thanksgiving for under $50. 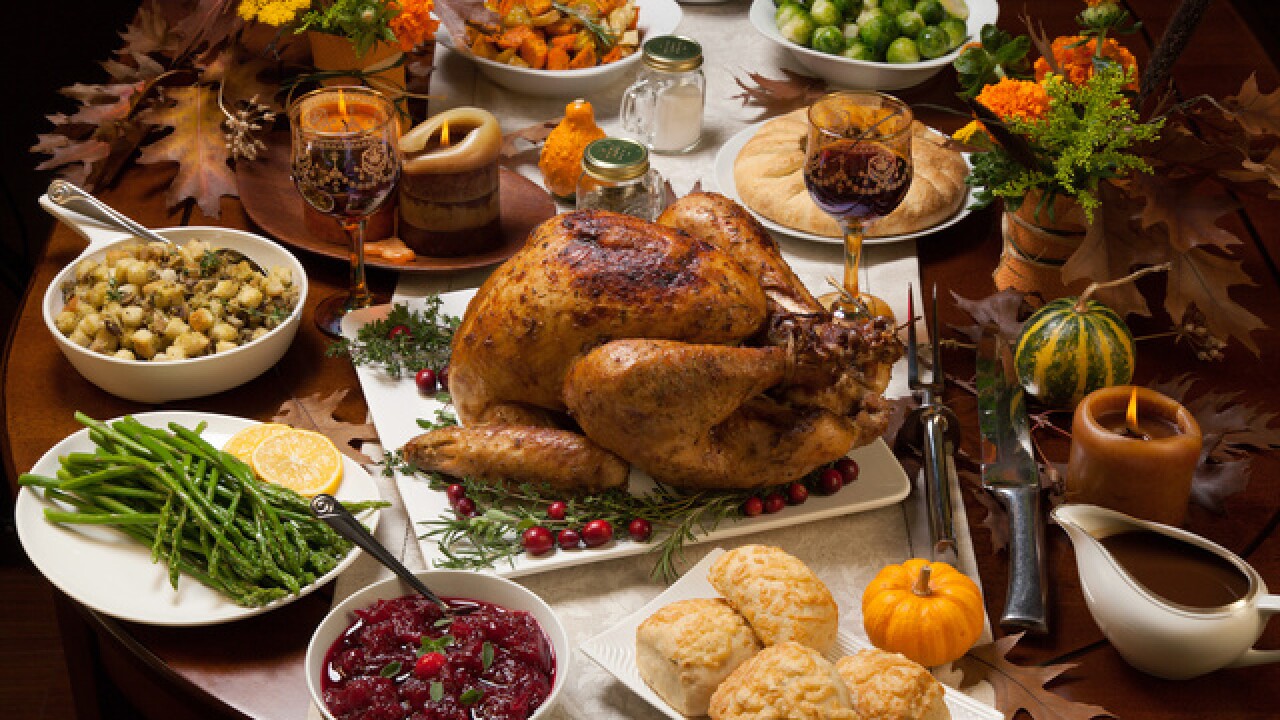 KANSAS CITY, Mo. — Two weeks from today, tables around the U.S. will be full of turkey, potatoes and all the trimmings for a Thanksgiving meal. Paying for the meal can be one of the most costly expenditures of the holiday season.

But the American Farm Bureau Federation consistently predicts Americans can buy a Thanksgiving meal for ten people for less than $50. So, CNBC put it to the test.

In an experiment, the business news outlet went to five grocery stores with a list of 17 items for Thanksgiving dinner. Only two stores offered all 17 items for less than $50.

Here are the results from CNBC:

Shoppers in Kansas City, Missouri, said they're willing to splurge when it comes to the holidays.

"We're kind of picky and so that's probably behind the reason [why we spend more than $50]," Dawn Holmes said.

Daylen Burney said he usually spends $100 each week on groceries for his family and that changes around the holidays.

"Something like [Thanksgiving] we'll probably spend a little bit more, eat a little nicer than usual. Go all out a little bit," he explained.

Other shoppers had the same approach: Thanksgiving only happens once a year, so make it count.

"How many times does family get together, right? It's all worth it. If it's more, it's more," Wendy Walker added.

The Consumer Confidence Index predicts most Americans will keep that mindset throughout the holiday season.