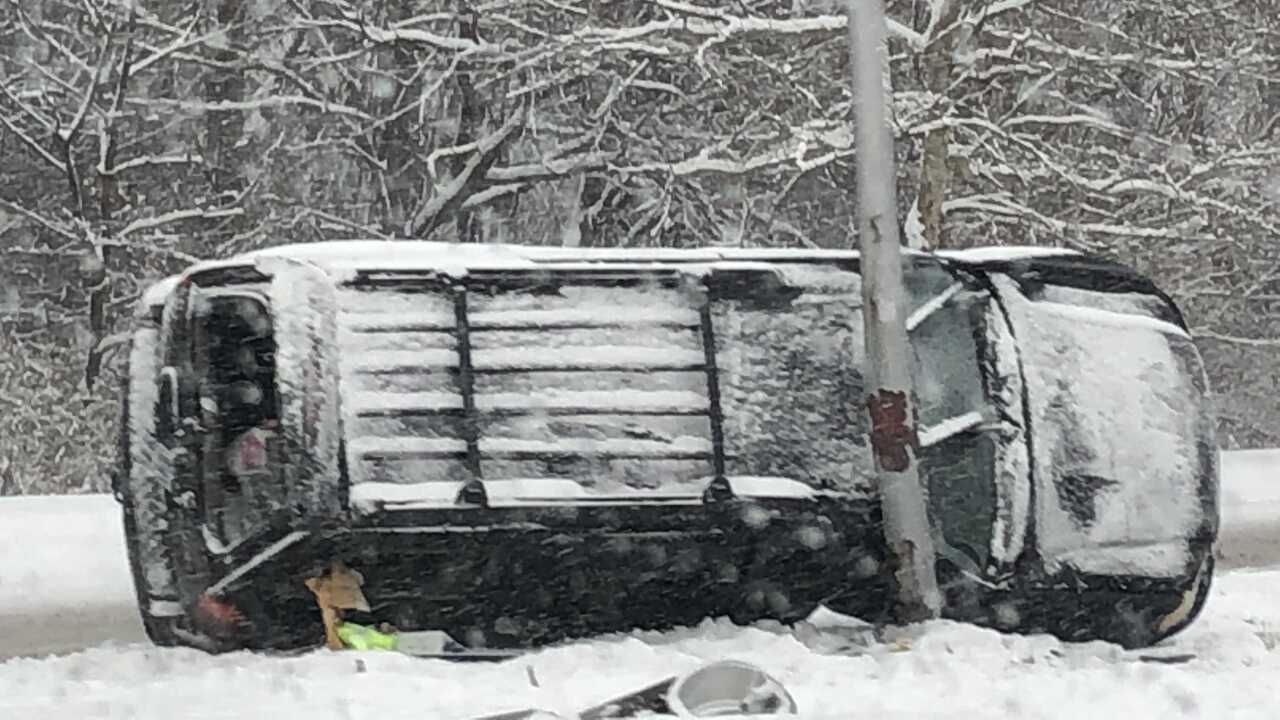 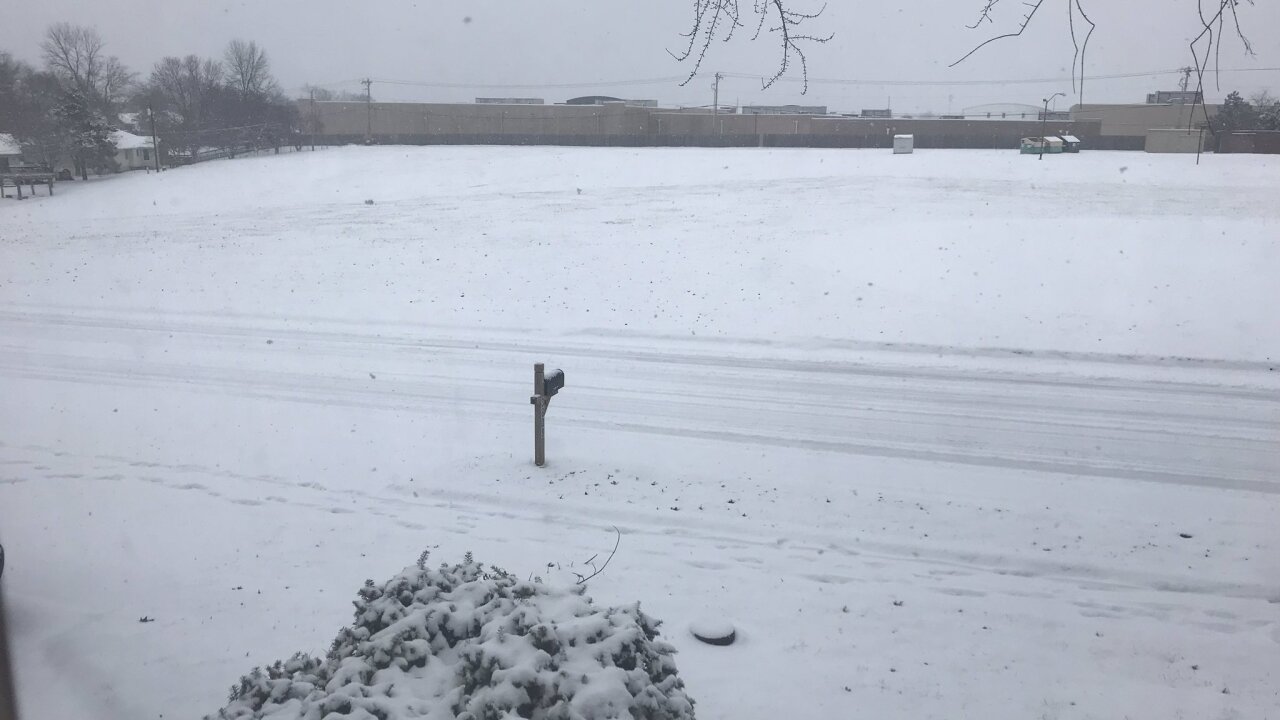 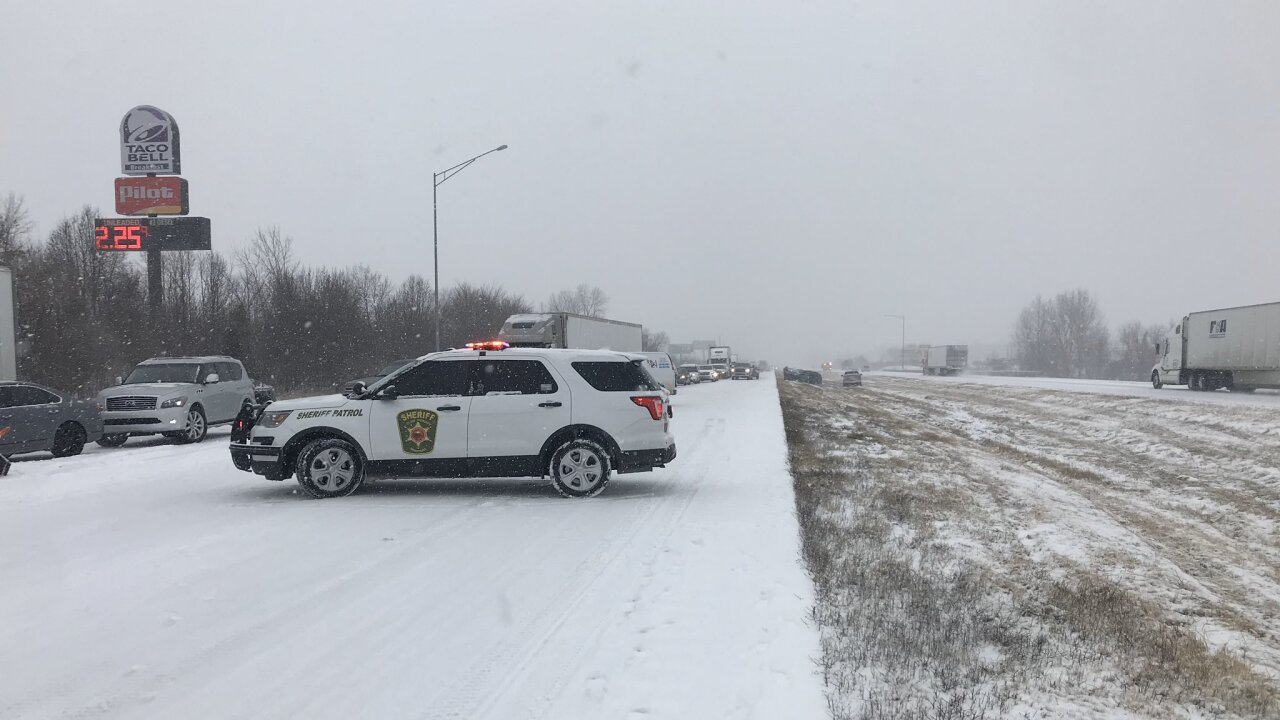 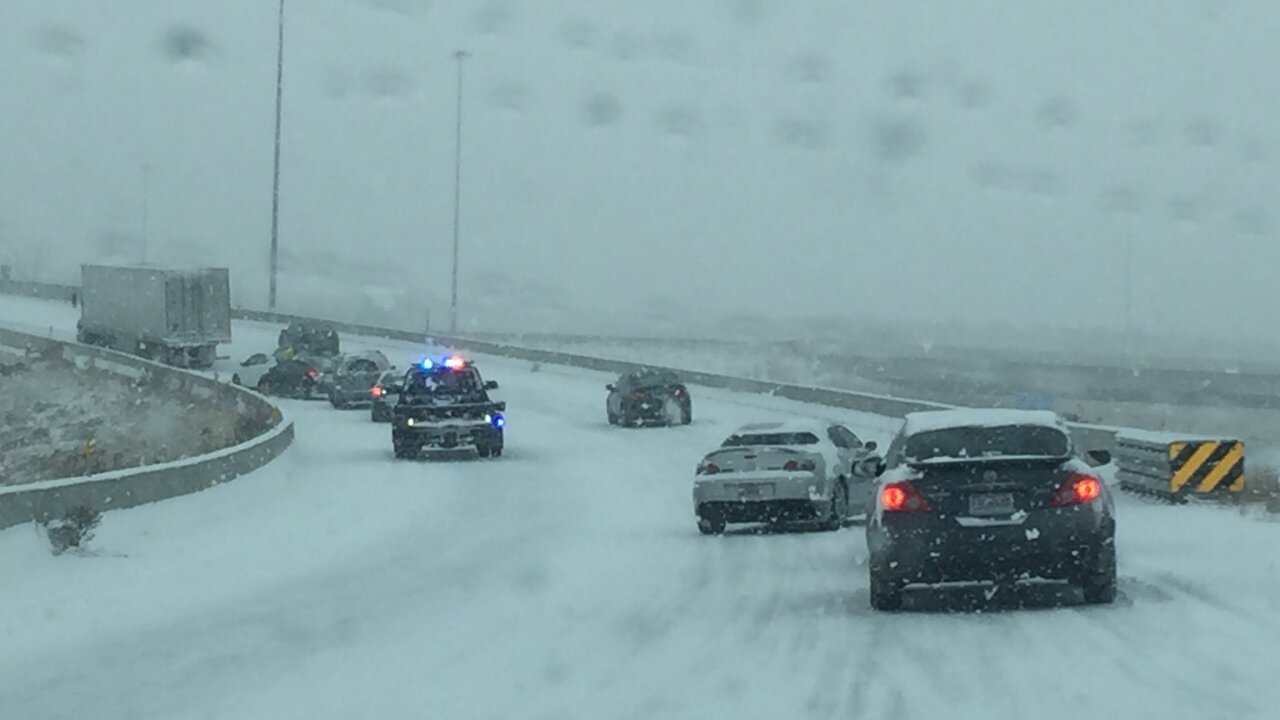 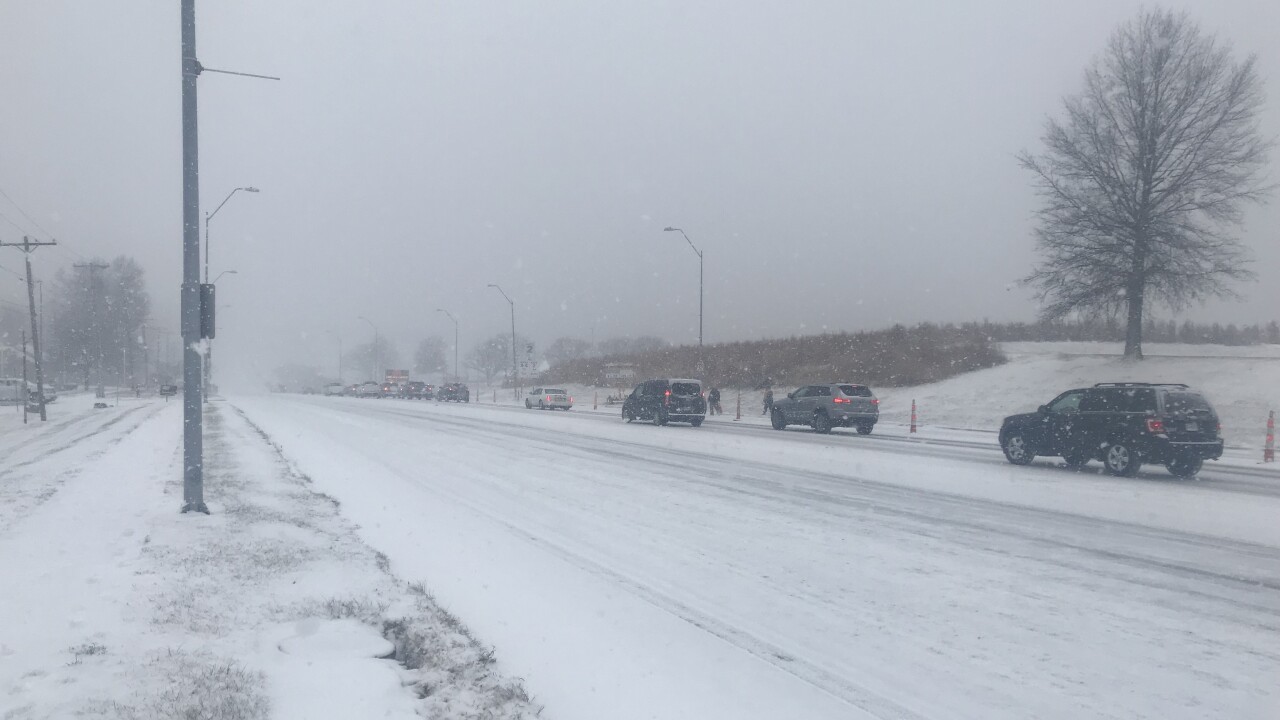 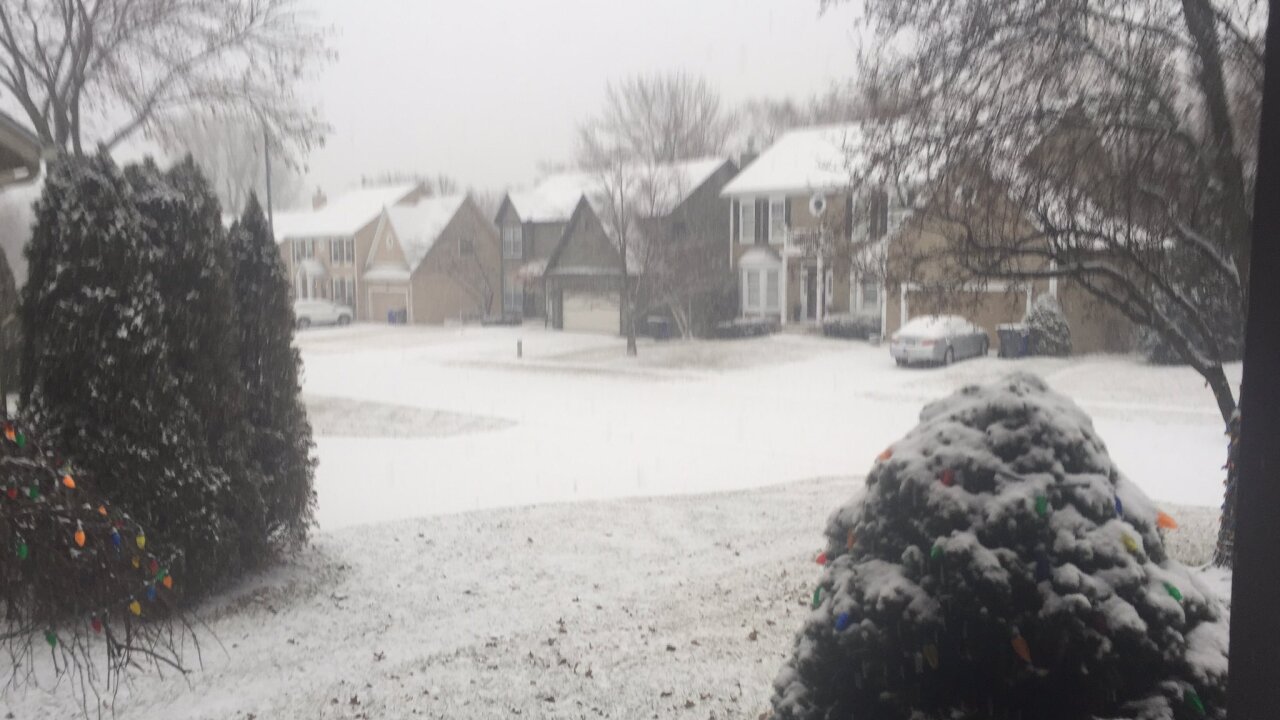 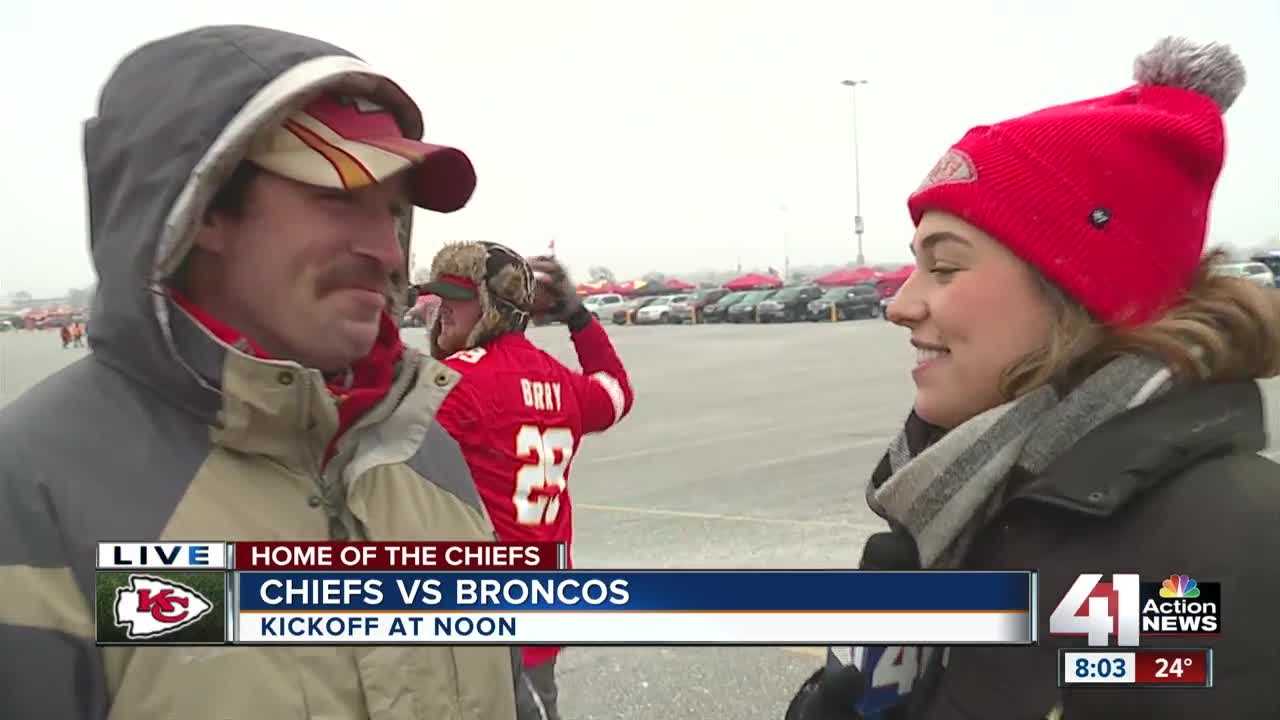 KANSAS CITY, Mo. — UPDATE 9 PM | More than 200 closings have been announced in the Kansas City metro. In Kansas, Gov. Laura Kelly declared an inclement weather event and ordered a delayed start for non-essential employees in Shawnee County on Monday. State offices will be closed from midnight to 10 a.m. Monday.

Troopers & many others have had a busy day! #service#mowx

UPDATE, 5 PM | School closings are beginning to be announced for Monday, and a majority of Ride KC transit services will be delayed until Monday morning.

Services in Kansas City, Mo, Independence and Kansas City, Kansas, will start at 7 a.m. Monday, while commuter express routes 535, 550, 570 and 571 will offer one morning trip beginning at 7 a.m.

RideKC services in Johnson County, Kansas, are expected to operate on regular schedules and routes. However, Swift, Microtransit and 510 might be impacted by closures of schools or workplaces.

Additionally, RideKC Freedom paratransit will begin after 7 a.m. and, according to a news release, will "be in Phase C of the Inclement Weather Plan, with delays of 60 minutes expected." Any trips before 7 a.m. will be cancelled and rescheduled.

UPDATE, 3PM | Highway 71 is back open, however southbound I-49 at 155th Street in Cass County is closed due to a crash.

UPDATE, 12:45PM | The Clay County Sheriff says I-29 near I-635 in Nothmoor is closed due to multiple jack-knifed tractor-trailers.

UPDATE, 12:35 P.M. | RideKC customers should expect delays of 30 minutes or more. Their paratransit operations are experiencing delays of more than an hour.

UPDATE, 12:10PM | A crash has closed the southbound lanes of Interstate 35 at 92 highway in Clay County. Avoid the area.

UPDATE, 11:30 AM | From KC Scout - I-49 SB PAST 155TH ST All lanes closed. Left shoulder closed. Right shoulder closed. Expected to be closed for about two hours.
All branches of the Johnson County Library are closed today.

UPDATE, 10:50 AM | From RideKC - Roads are very slick for buses and cars at this time. Buses are traveling at slower speeds and significant delays are expected throughout the RideKC system.

UPDATE, 10:35AM | Reporter Jordan Betts had this update of road conditions around Arrowhead Stadium:

UPDATE, 10:25 AM | Police departments across the metro are urging residents to move any cars parked on city streets. That enables snow plows to make complete passes on those streets.
KCMO Fire Department has responded to more than 40 wrecks since 7 a.m.

UPDATE, 10 AM | KCMO plow crews from several city departments, including Solid Waste and Public Works are out plowing arterial streets. Those include Linwood Boulevard, Southwest Traffiway and North Oak Trafficway. Residential crews will begin work at noon and plow until dark. The residential crews will be back on the streets Monday morning.

Here's a reminder from KCMO Public Works about reporting slick spots: Only after snow has stopped falling and all snow routes have been completed does @KCMO311 accept requests for slick spots and missed streets. Crews take about one business day to finish a full pass on all assigned snow routes. #Snow #Reminder

UPDATE, 9:35 AM | FROM OVERLAND PARK POLICE - Due to current weather conditions, the Overland Park Police Department is requesting drivers involved in non-injury vehicle crashes walk in the crash report at a later date.

Police will continue to respond to injury crashes, or crashes where the vehicles are not drivable, and those where substance abuse is suspected.

UPDATE, 9:45 AM | Gary Lezak just posted an update on his latest thoughts on the forecast:

Here's a look at Arrowhead Stadium as fans arrive for today's game:

UPDATE AT 9:25 AM | There are dozens of wrecks across the metro. Traffic is crawling along Interstates 70 and 435 as heavy snow continues to fall.
Police and fire crews are reporting slick conditions on all major streets.

UPDATE, 9:20AM | The Missouri Highway Patrol is advising travelers to stay home this morning. Crews are working nearly two-dozen crashes across the metro as snow continues to fall.

If travel is required, TAKE YOUR TIME & BE VERY CAREFUL!

UPDATE, 8:50AM | The National Weather Service says the southern half of the metro is experiencing low visibility associated with the storm. According to KC Scout's traffic map, several crashes have been reported along Interstate 435 and I-35.

UPDATE, 8:30AM | Chief meteorologist Gary Lezak says Chiefs fans heading to the game today should leave now to give them enough time to get to Arrowhead safelty.

Heads up to Chiefs fans: @glezak says if you're going to today's game, you'll want to leave now to give yourself extra time. #Chiefs #Chiefskingdom https://t.co/MyLbbch8F4

UPDATE, 8AM | Snow has moved into the metro area, with roads already covered in some places. Latest forecast update is here.

EARLIER | In addition, a Winter Storm Warning is in effect until 6:00 p.m. Monday. Plan on hazardous road conditions both Sunday and Monday.

During dangerous weather it's good to have a road safety kit that includes a flashlight, food and water.