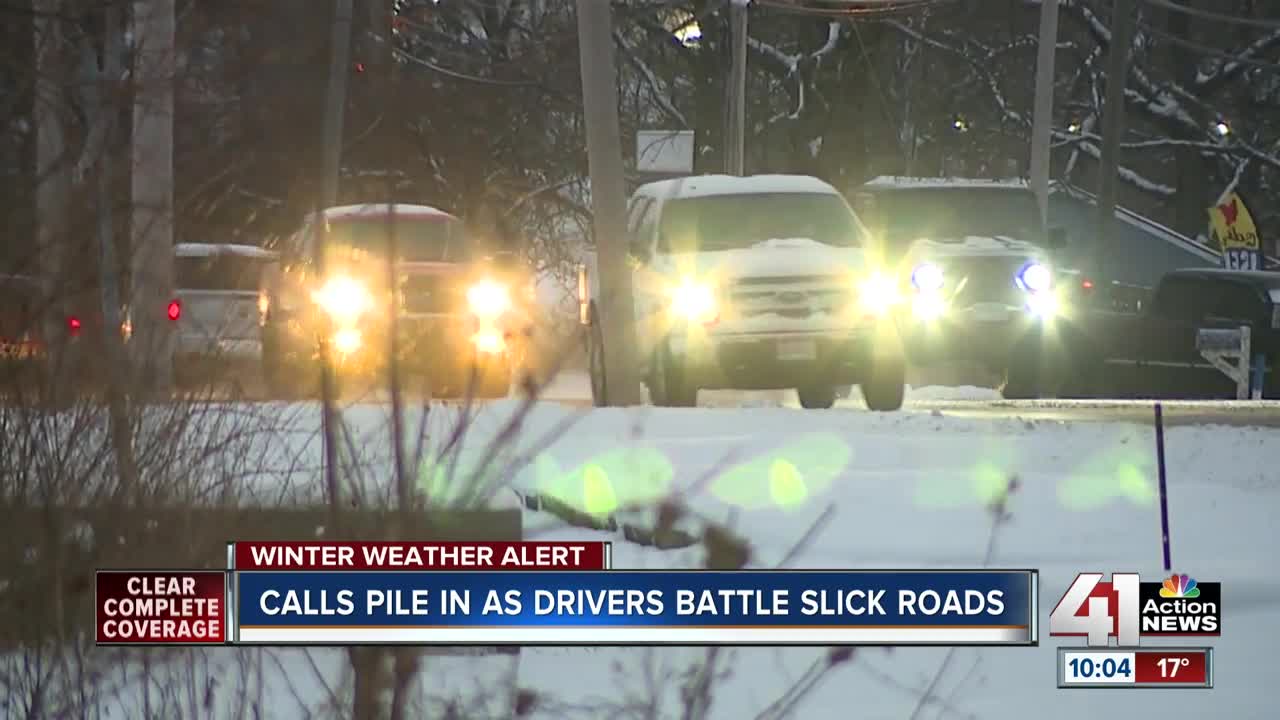 Towing companies and ride-share drivers have been keeping busy amid the winter storm coming through the Kansas City metro. 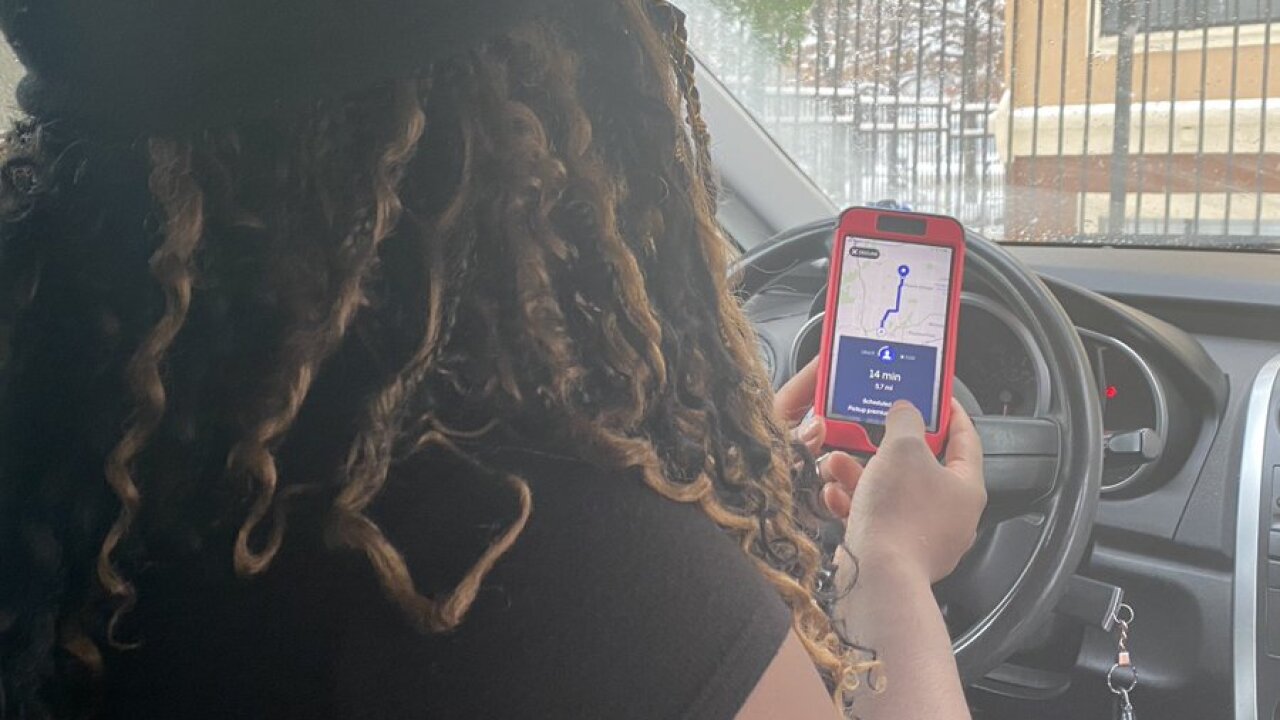 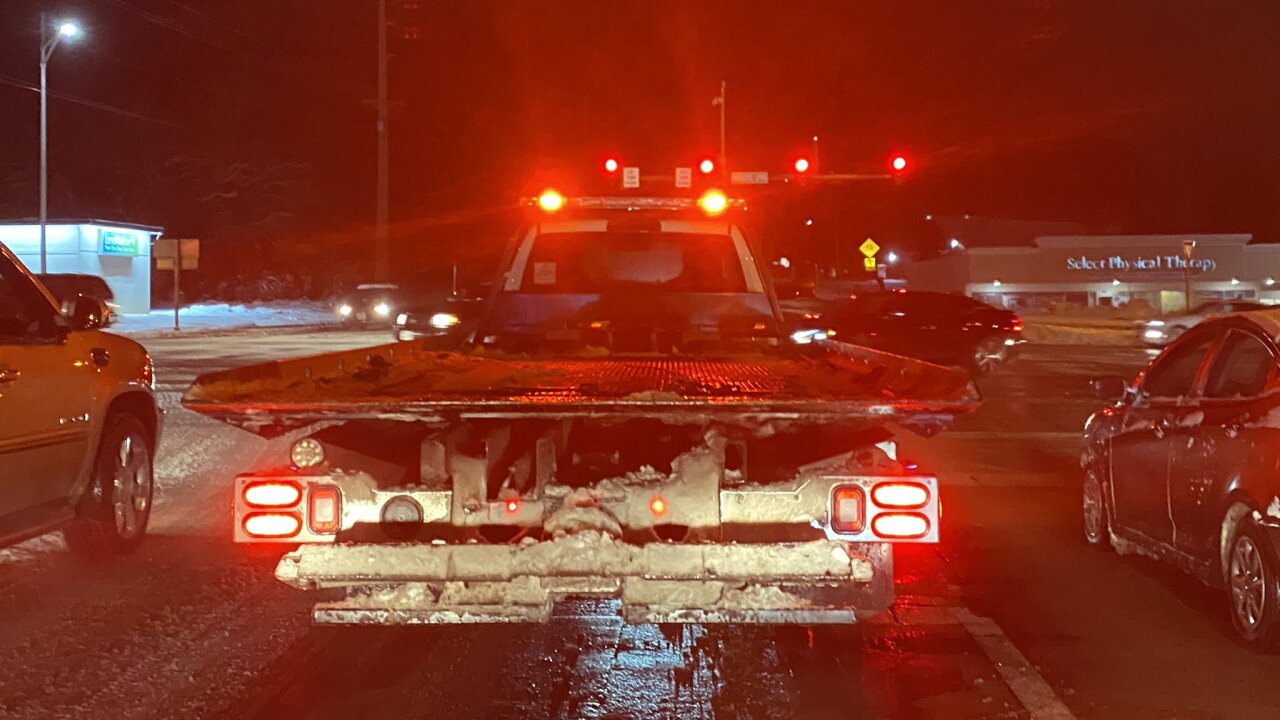 KANSAS CITY, Mo. — It was round two of a winter weather blast in Kansas City Monday.

For the employees at Independence Specialty Tow, the constant snow created a flurry of calls.

“It’s been hectic," said CJ Barrow, who took a brief break in his night to speak to 41 Action News. "There have been a lot of calls."

By 7 p.m. Monday, Barrow and other employees had responded to more than 60 calls for service. Many calls were for tire changes and car wrecks.

“We want to try and get it done as fast as possible, as safe as possible,” Barrow said. “There’s some stuff we have to take our time on, especially driving in this weather.”

But tow truck drivers were not the only ones driving around the Metro Monday. Some Uber drivers, like Markelia Phillips, took to the streets as well.

Phillips started her day at 6:30 a.m. and completed rides until the end of rush hour.

“No one wants to get out here and chance it in this weather,” Phillips said. “The roads are pretty slick. There’s been a lot of accidents.”