KC mom calls for action on gun violence after daughter, 7, injured in shooting

A Kansas City mother is calling for action after her daughter was struck in the leg by a bullet in a random shooting.

KANSAS CITY, Mo. — Julia Foster and her boyfriend took her three kids and another little girl to a fast food restaurant drive-thru for dinner on June 9.

That’s when they heard shots fired.

“We gotta get out of here,” Foster's boyfriend said.

He quickly backed out of the drive-thru. Foster told the kids in the backseat to duck down.

"I put my arm back and I was like, 'Guys, get down,' because I knew as soon as we pulled out next to that car he was going to shoot at that car," she said.

The scared kids crouched on the floorboard of the car. Then, more shots rang out.

Her boyfriend was driving and he took them directly to the nearby hospital.

As BrookLynn, 7, had sat crouched on the floorboard of the car, the bullet went in and out of one leg, then in and out of the other. It had completely severed the artery in her left leg. 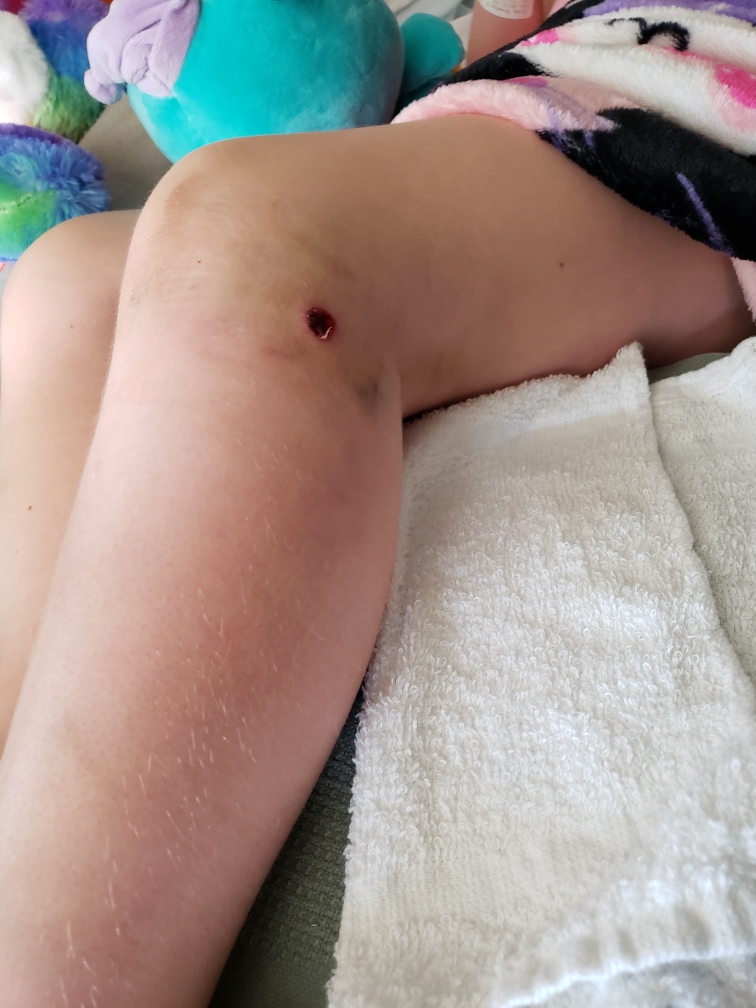 There was no pulse in BrookLynn's leg. Doctors had to surgically replace the severed artery with a vein from her body.

BrookLynn is now walking again. She is so excited to see all of her friends at school; so many of them sent cards and gifts to her while she was recovering.

Foster is sad this kind of thing happens.

"This isn't what a Sunday night is supposed to look like," she said. "I'm supposed to have dinner with my kids right now. I'm not supposed to be at the hospital."

Foster recently overheard BrookLynn and one of the other kids who’d been in the backseat that night saying, “You look out that window, and I’ll look at this one so we can watch for anyone with a gun.”

She’s glad her daughter survived. She knows it could’ve been much worse and that there are other families who aren’t so lucky.

"We need to speak up about this," Foster said. "No child or person should be scared to leave their house or be afraid someone is just going to start shooting a gun whenever they feel like it. This is not what our world should be like. We will keep speaking up about the gun violence going on."

Foster works two jobs and is in school trying to make a better life for her children and herself. She doesn’t have much and just got her first medical bill.

The amount not covered by Medicaid totaled $1,184, which is due in nine days. She’s not sure if more bills will come, so she’s trying to figure out her options.

One option might be Missouri's Crime Victims' Compensation Fund. She's working on filling out the paperwork. The fund, which launched in 1981, is designed to financially assist victims of violent crime in paying for "reasonable medical expenses, counseling expenses, funeral expenses, lost wages and loss of support."

Foster's sister also set up a GoFundMe to help with expenses right after the shooting. Julia says the $1,500 raised at that time helped her pay some bills when she couldn't work with BrookLynn in the hospital.