The names of nearly 400 law enforcement officers has been added to the National Law Enforcement Officers Memorial in Washington D.C. That includes Wyandotte County Deputies Patrick Rohrer and Theresa King. 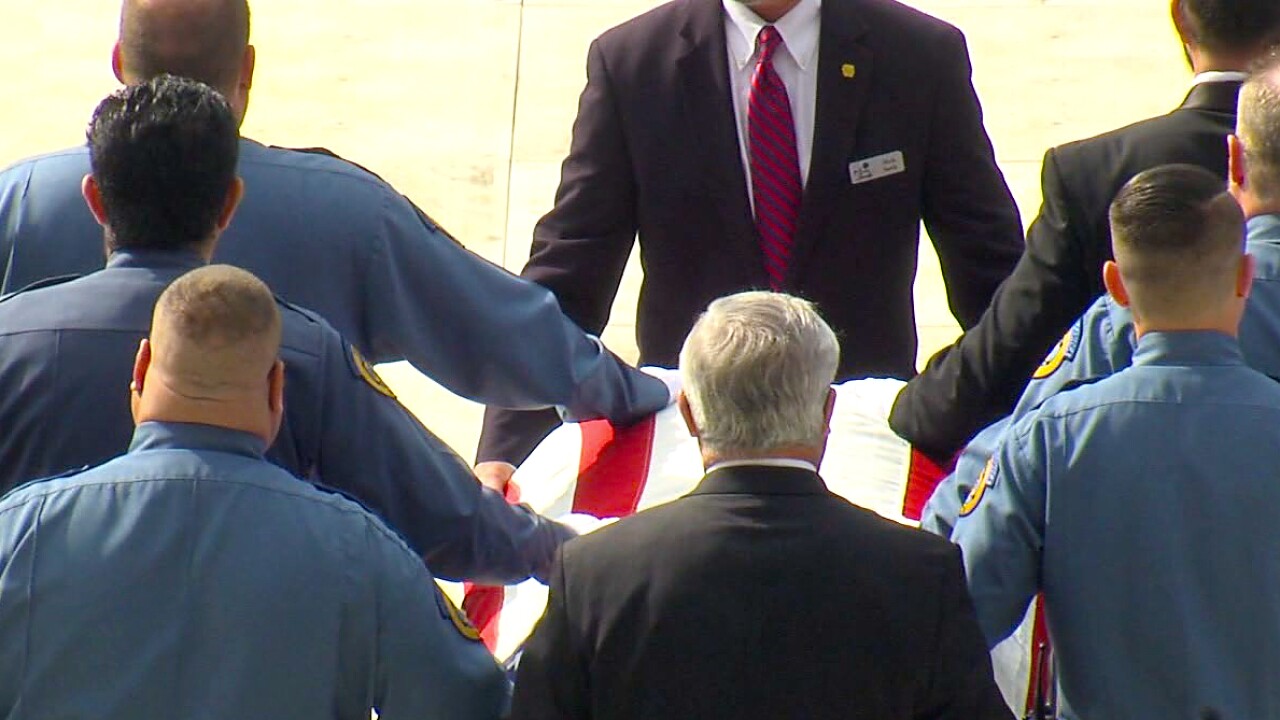 KANSAS CITY, Mo. — The names of nearly 400 law enforcement officers has been added to the National Law Enforcement Officers Memorial in Washington D.C.

That includes Wyandotte County Deputies Patrick Rohrer and Theresa King. Both were killed in 2018 while transporting an inmate. While their memories live on, so do the needs of family members left behind.

That’s why a local organization is asking for your help.

I recently interviewed Raymore Police Chief Jan Zimmerman outside Kansas City Police Headquarters where we were just steps away from the KCPD Fallen Officers Memorial.

It’s a memorial Zimmerman knows all to well.

Before she was Police Chief in Raymore, she spent several years with KCPD. One of the names, Steve Faulker, was near and dear to her.

“Steve Faulkner was our groomsman, and Jack and I got promoted to sergeant together," Zimmerman said. "I took his wife to the hospital when she was in labor. Great family man. Had great little boys.”

It’s the families of those fallen first responders that Zimmerman is worried about today.

She’s working to increase awareness and funds for the Surviving Spouse and Family Endowment Fund.

First responders have life insurance and other benefits that get passed onto other family members left behind. But Zimmerman says those benefits can take several months to be distributed.

“S.A.F.E. provides immediate benefits to the families of first responders killed in the line of duty," she said.

While the goal is to never have to give out one dollar, Zimmerman says they still have to prepare for the worst.

“It’s hard to raise funds and say I’d like for you to contribute money for this really important program and hope I never spend any of it," she said. "I have close friends and coworkers who died in the line of duty and this benefit was not available to their families, so I care very much. I don’t ever want to see that happen again.”

Funding for S.A.F.E. is made-up of mostly donations. A link to donate is available online.

Donations can also be made by check: