'You literally had one job and you couldn't protect us:' Simone Biles talks USA Gymnastics 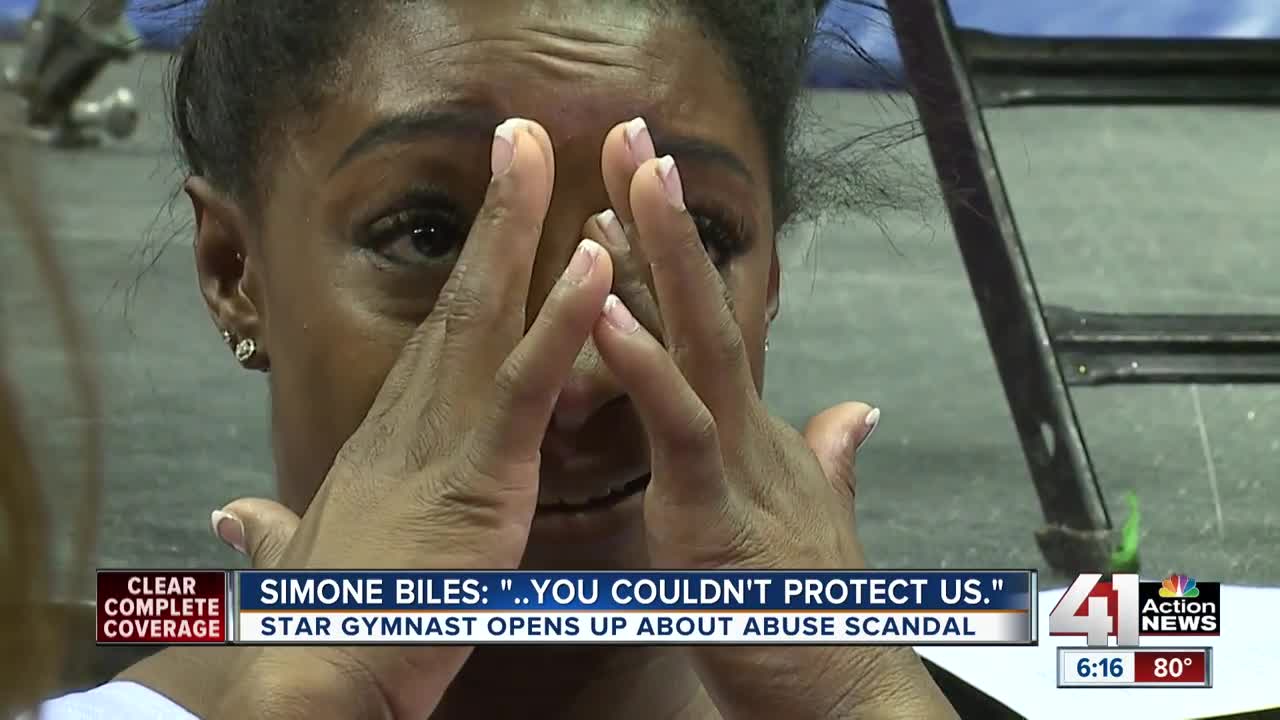 As gymnasts took over Sprint Center for the USA Gymnastics Championships in Kansas City, all eyes were on Olympic Gold Medalist Simone Biles. 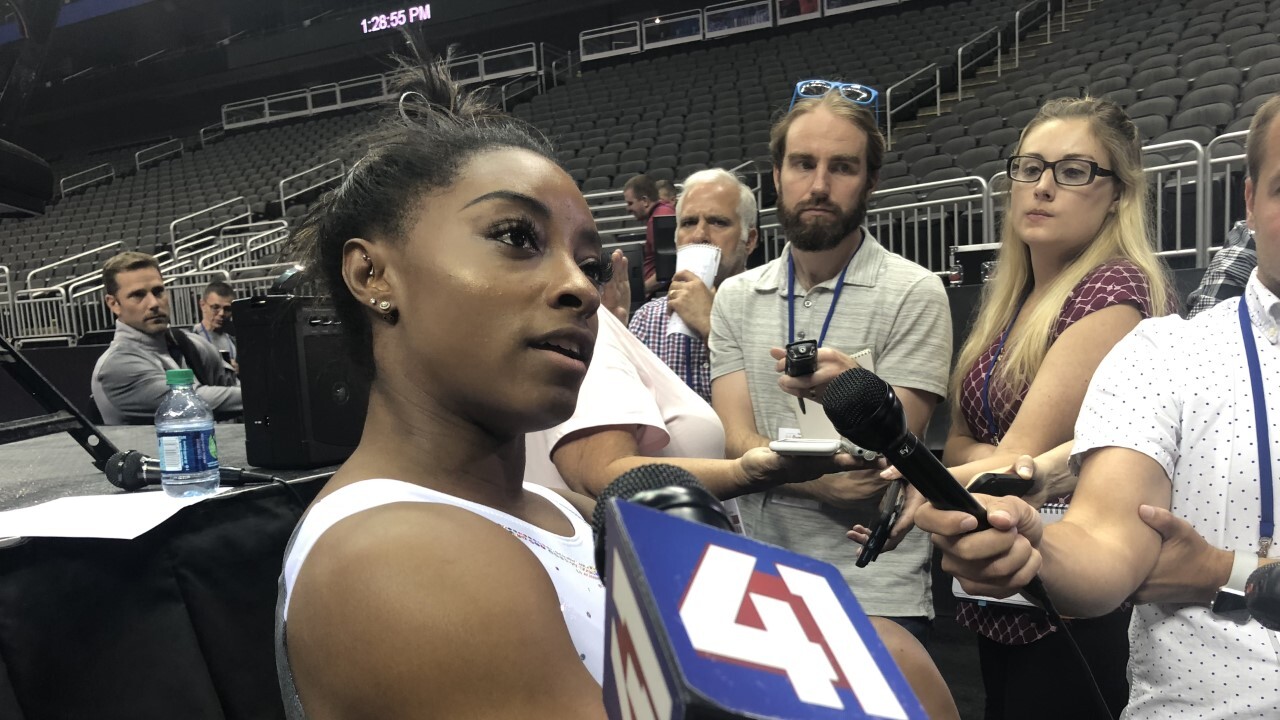 KANSAS CITY, Mo. — As gymnasts took over Sprint Center for the USA Gymnastics Championships in Kansas City, all eyes were on Olympic Gold Medalist Simone Biles.

While Biles was in town to compete for her sixth U.S. all-around title, she didn’t hold back when asked about recent revelations regarding the sexual abuse scandal that has rocked the gymnastics world.

“Its hard coming here for an organization and having had them fail us so many times,” she said, fighting back tears when asked about her recent tweet regarding a new congressional report.

“They couldn’t do one damn job. You had one job. You literally had one job and you couldn’t protect us,” she said. “And its just really sad because every time I go to the doctor or training, I get worked on and I don’t want to get worked on, but my body hurts. I'm 22. At the end of the day, that's my fifth rotation and I have to go do therapy, but its just hard and we try to work through it but it'll take some time. I'm strong, I'll get through it, but its hard.”

Along with the report, lawmakers, including U.S. Sen. Jerry Moran (R-Kan.), introduced legislation to prevent abuse and improve oversight in the future.

Biles talked about how tough it has been to come back to the sport.

“You feel everything at once. It hits you like a train wreck and it was really hard for me to train. A lot of days, I would actually walk out of the gym," she said.

Biles continues to compete while working on her own healing.

“It just breaks my heart to read it or to see it, so I just try to focus on my job, do what I’m supposed to, come out, compete, do what I love, and at the end of the day we just see," she said.

41 Action News reached out to USA Gymnastics on Wednesday for a response to Biles' comments.

Simone Biles is undoubtedly the best gymnast in the world and possibly of all time. She is an outstanding representative for gymnastics and the United States. We at USA Gymnastics have made a lot of progress in strengthening our athlete safety measures and putting our athletes first, but we know we have more to do. One of our goals is for our athletes to feel comfortable in speaking up and sharing their opinions, and we are listening to what they have to say. We will continue to work hard to demonstrate to Simone and all of our athletes, members, community and fans that we are working to foster a safe, positive and encouraging environment where athlete voices are heard. We join the rest of her fans and the sport in wishing her the best of success this week at the championships.

The organization told NBC News as of last week that they had not seen the report or legislation, but were implementing changes. USA Gymnastics had previously told NBC News they deny allegations that they knew of, concealed or ignored abuse by Nassar.