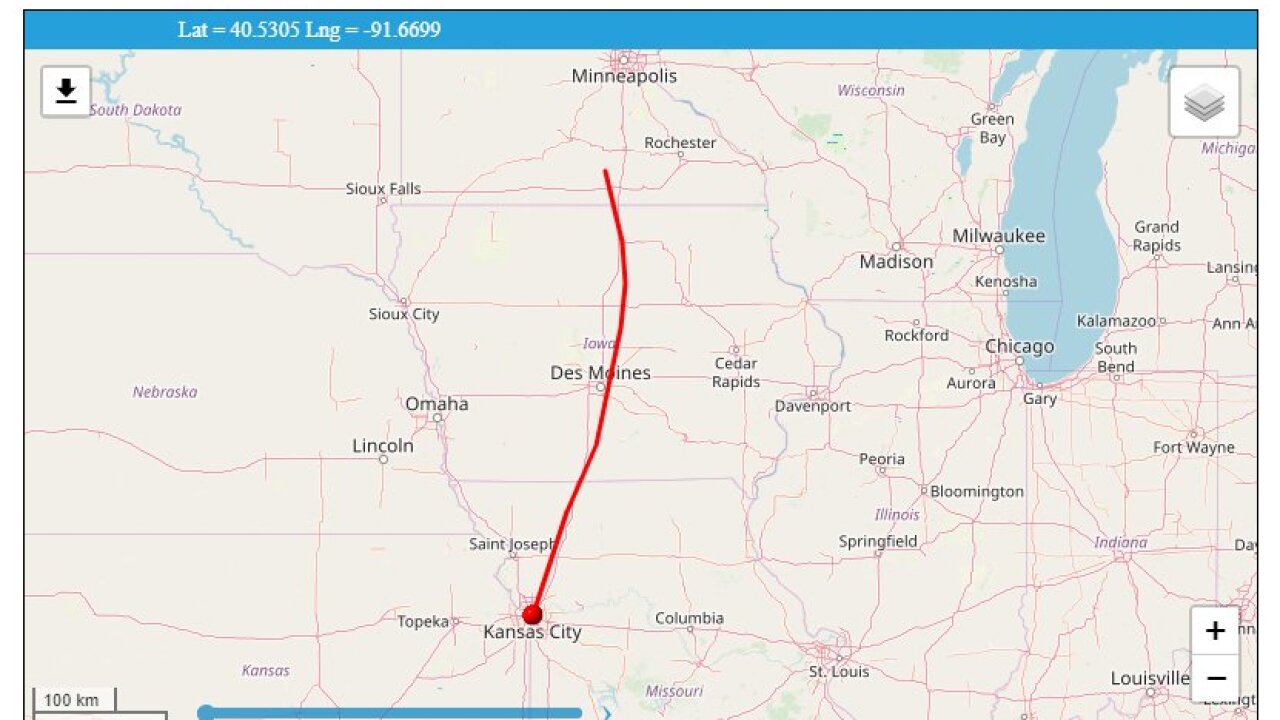 The National Weather Service tweeted a model that showed how a cold front moved &quot;agricultural&quot; smells from the north down to Kansas City on the evening of Wednesday, Nov. 6, 2019.

Kansas City residents might have smelled a bit of a pungent odor on the air Wednesday night.

According to the National Weather Service (NWS), the latter guess may actually be correct.

41 Action News Meteorologist Lindsey Anderson explained that the odor got trapped in a shallow part of the atmosphere in Minnesota and Iowa and traveled south with the frontal passage to Kansas City.

NWS went on to explain that the cold front that moved into the area had a shallow mixing layer that trapped the smell.

They said that transported the "agriculture" smell from the northern farms.

Kansas City, Missouri, police tweeted a request that residents refrain from dialing 911 to report the odor, as there was no emergency.

Summary: Farming can be a smelly job.