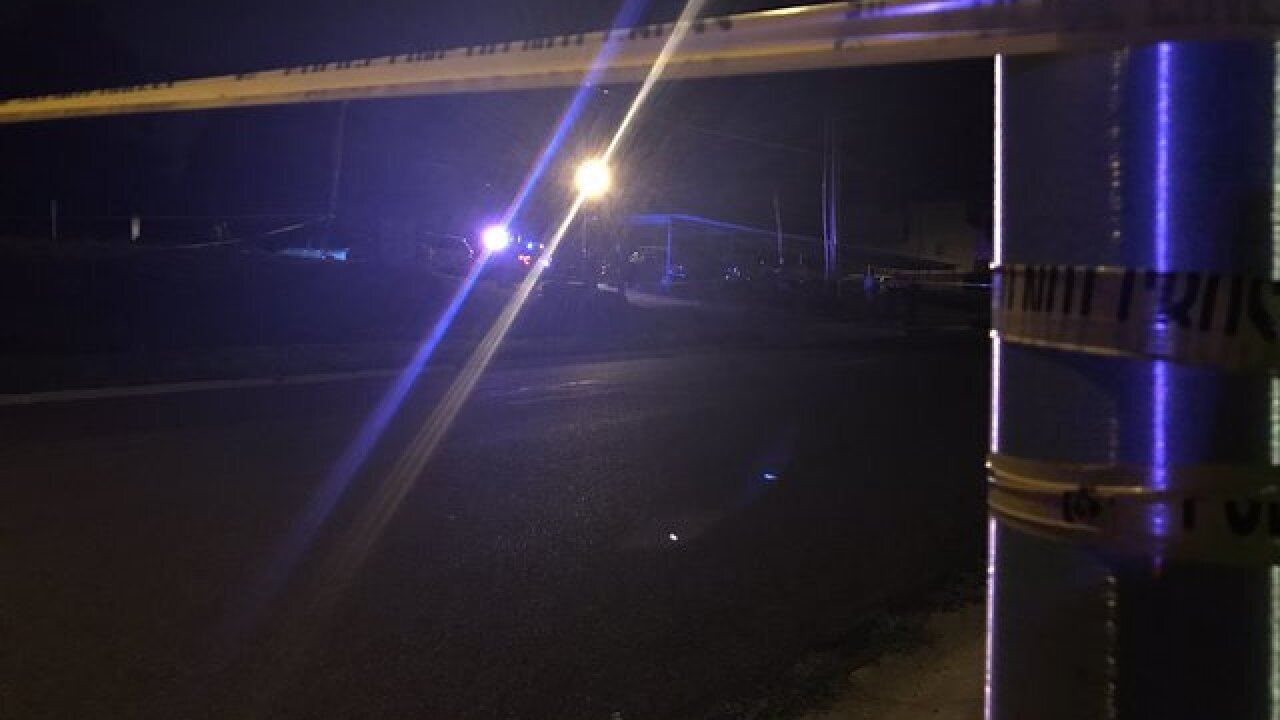 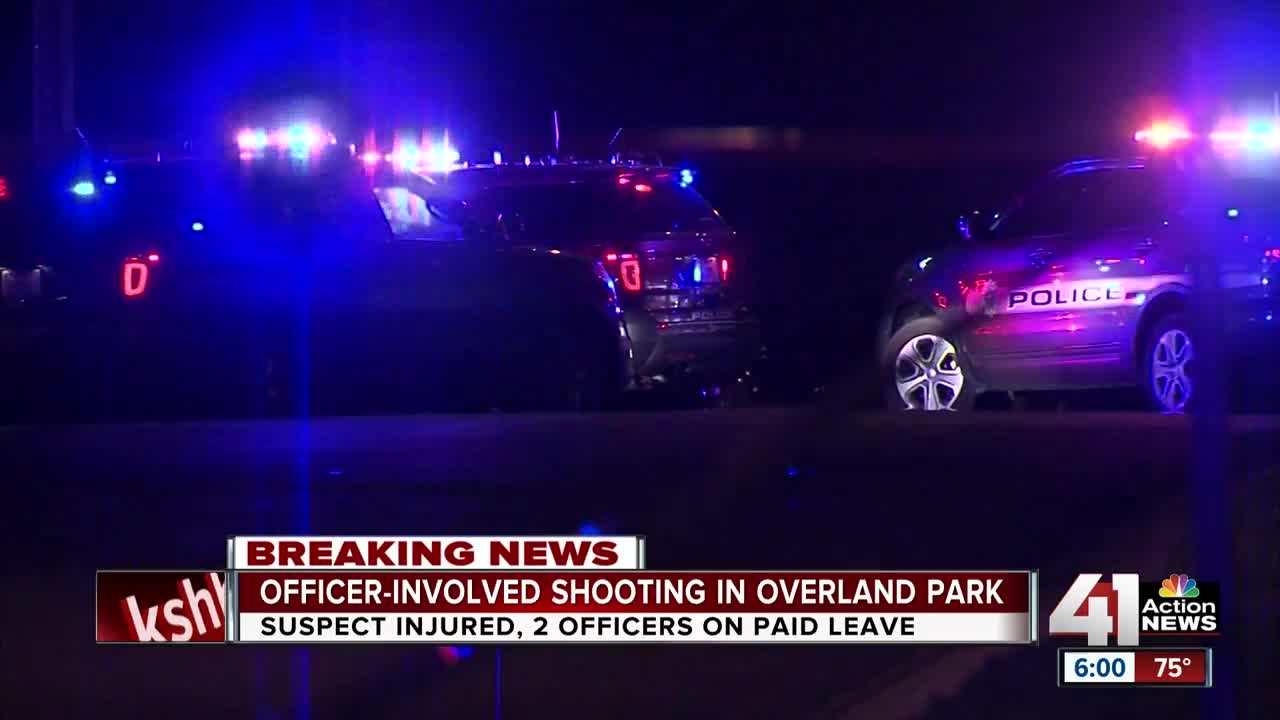 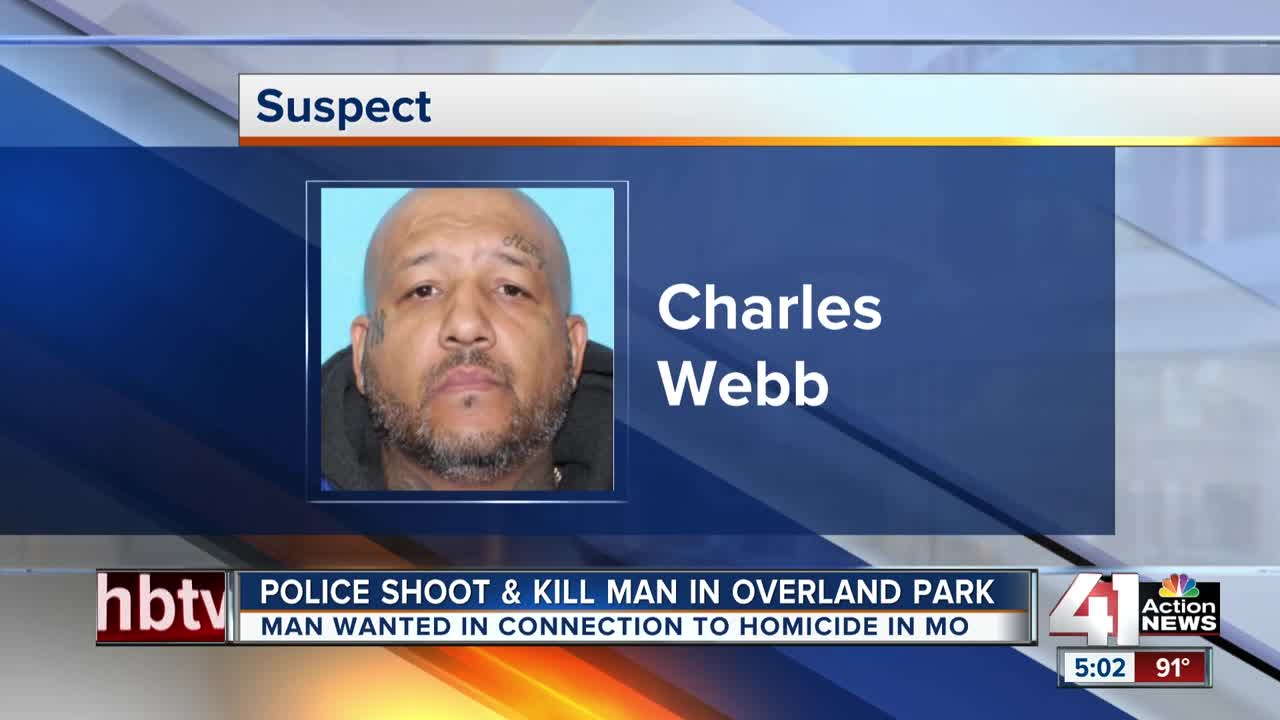 OVERLAND PARK, Kan. — The man shot by Overland Park police, who were responding to a call about shots fired early Friday morning at an apartment complex, died at a local hospital later in the afternoon.

41 Action News also has learned that the subject — identified as Charles Webb, 43, of Overland Park — was wanted for questioning by Columbia, Missouri, police in connection with a May 3 homicide.

Officers responded Friday to a call regarding shots fired at an apartment complex in the area of 79th and Grant Streets around 1 a.m., according to the Overland Park Police Department.

Webb pointed the gun at the officers, who returned fire. It's unclear who fired first, but all three people shot their guns, Lacy said.

"We heard like one boom, and we thought that was fireworks," said LaShon Jones, who lives in the complex. “Then, we heard boom, boom, boom. My mom ran in and told us they were out there shooting. We all ran to the bathroom and she called 911, and they said police were already here.”

Webb was taken by ambulance critical injuries. Police indicated he was in grave condition shortly after the shooting and announced shortly after noon that he had died.

The two officers involved were not hurt. They were placed on paid administrative leave, which is standard procedure in situations like this, according to police.

Police said the man may have been in an argument with his girlfriend before the shooting.

"Once the officers exchanged gunfire with him, moments later, a woman responded to the station and advised of a domestic situation that occurred here at the apartment complex involving the same man," Lacy said.

Per a May 16 post on the Columbia, Missouri, police’s Facebook page, Webb was wanted in connection with a homicide on Greeley Drive. The active search also involved state and local authorities.

The Johnson County Officer Involved Shooting Investigation Team is looking into what happened during Friday’s incident. It will determine whether the officers' decisions to shoot were justified. No employees of the OPPD are on the team, which eliminates bias in the investigation, according to police.