The Kansas Gas Service shut off Scott Wogomon’s gas line at his new home in the Jackson Heights subdivision after he called in a complaint on August 18. Read more http://m.kshb.com/1K1OYyL 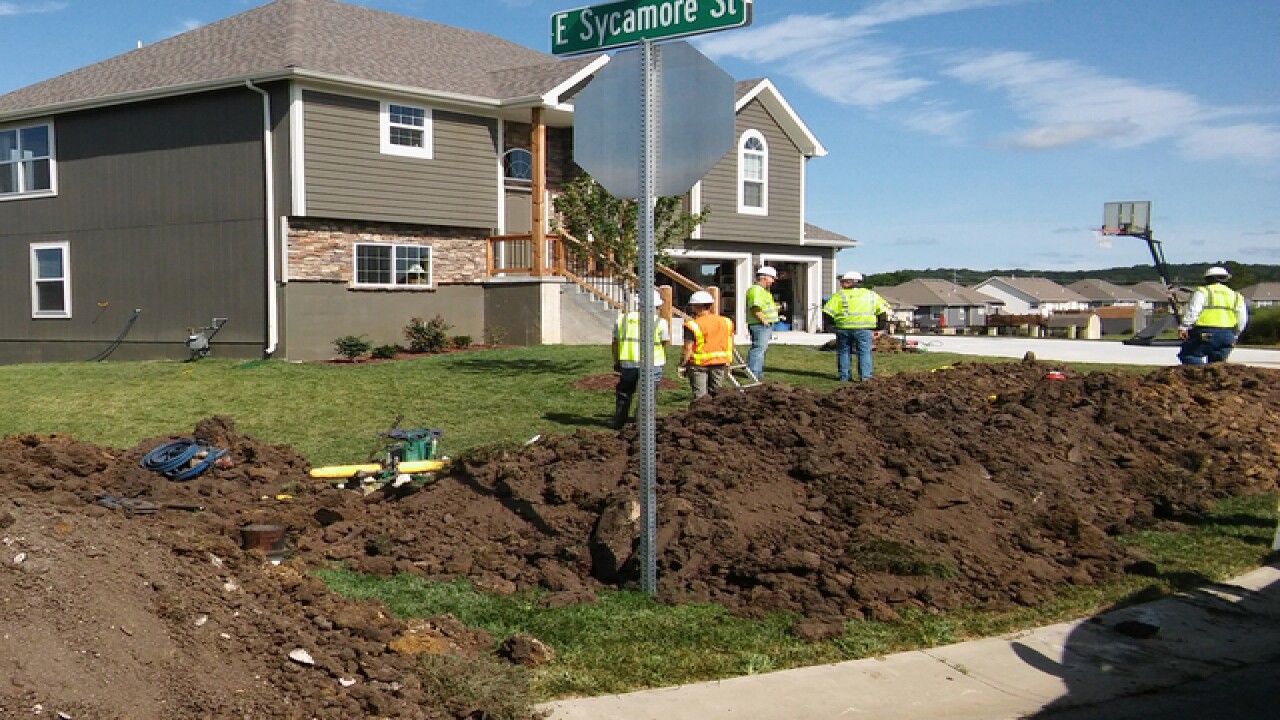 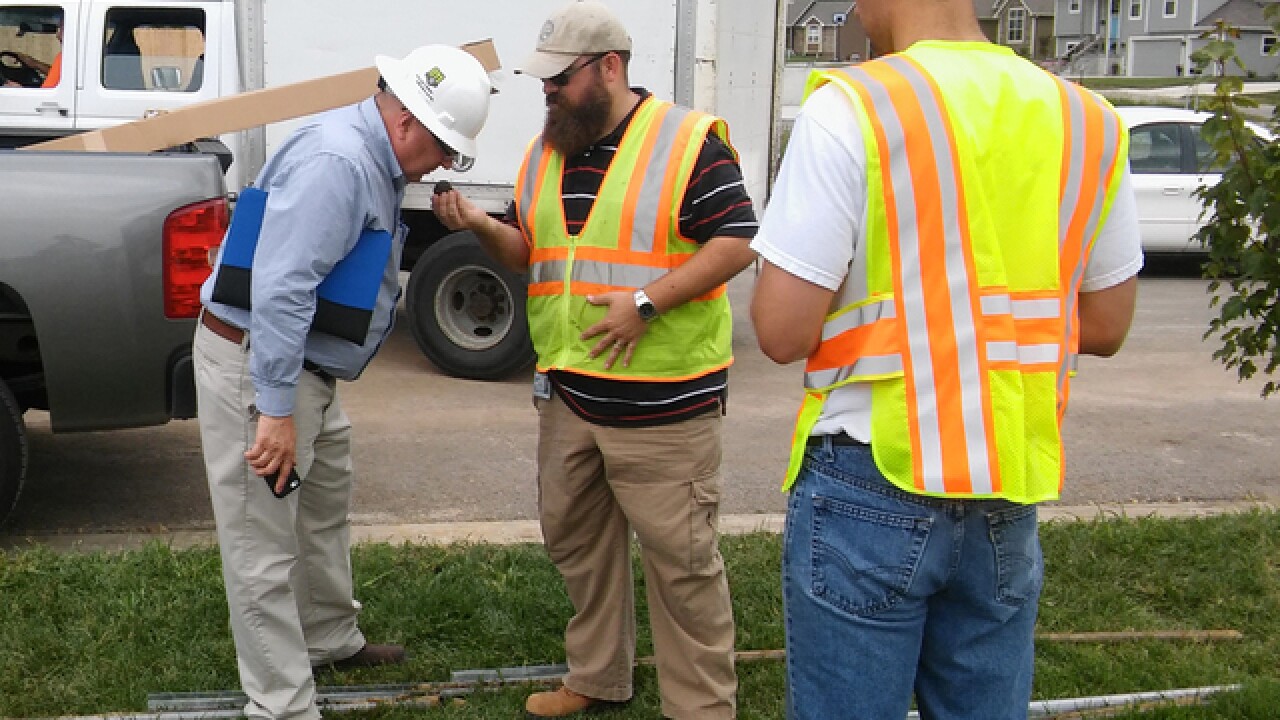 While state officials in Kansas investigate a mysterious gas leak in Tonganoxie, Kan., a family is left without hot water or heat.

The Kansas Gas Service shut off Scott Wogomon’s gas line at his new home in the Jackson Heights subdivision after he called in a complaint on August 18.

“I smelled gas at the meter and I was told by the Kansas Gas Service they had a leak and they were going to repair that,” Wogomon told 41 Action News.

Kansas Gas Service came out the same day. Crews dug up his yard and even drilled through his driveway to try to find the leak and to test soil samples.

“I heard the words, ‘It doesn't smell right, that it stinks!’” Wogomon said he heard those words from officials with the Kansas Corporation Commission and Kansas Department of Health and Environment (KDHE) .

“The place is starting to look like a science experiment, you know, all the residents are concerned obviously,” Wogomon said.

"We have detected the presence of an unknown source of gas at the property and have determined that the gas is not originating from our pipeline system. We have discontinued natural gas service to this location," a Kansas Gas spokesperson told 41 Action News. "The Kansas Department of Health and Environment (KDHE) and the Kansas Corporation Commission (KCC) are currently conducting investigations. Kansas Gas Service continues to assist in this investigation and will participate in the collection of additional test samples next week."

It’s not just his property. The Kansas Department of Health and Environment is also digging wells in other parts of the neighborhood to test for the gas.

“This is the first time I've heard of an incident like this in this area,” said State Rep. Connie O’Brien , who represents the 42nd District in the Kansas House of Representatives.

After hearing about Wogomon’s situation, State Rep. O’Brien called KDHE to find out what’s going on.

“The testing's going to take 10 to 20 days. They're going to try to expedite it and get it done quickly, so he can at least get his gas turned back on,” said State Rep. O’Brien.

The Kansas Gas Service sent Wogomon a letter saying the leak is not from their gas line, but they won’t turn his gas back on for safety reasons.

“Yet another thing I just don't buy,” said Wogomon. “What I want is a safe place to live and you know I want my gas service restored.”

Without gas for their furnace and water heater, Wogomon’s family relies on the sun to heat up jugs on their porch for hot water and to try to stay warm now that the weather's turning colder.

Patrick Fazio can be reached at patrick.fazio@kshb.com .