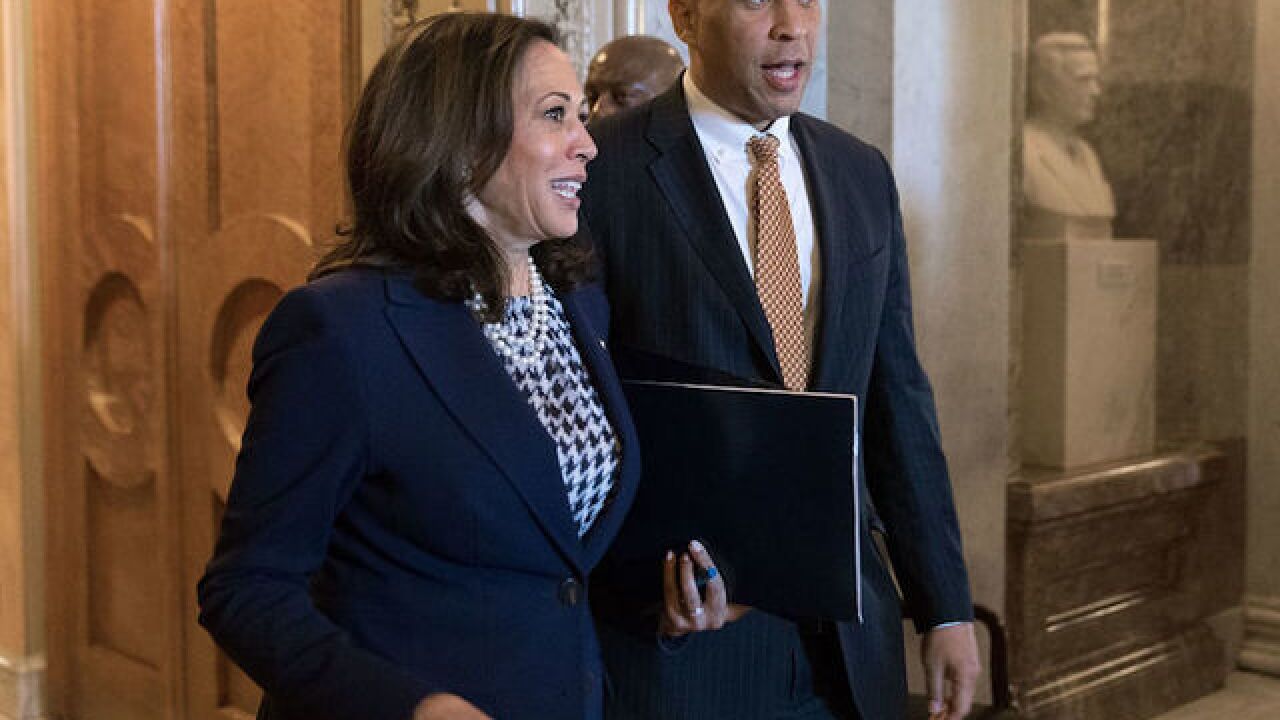 The only three black US senators have introduced a bill that would make lynching a federal hate crime.

"It's a travesty that despite repeated attempts to do so, Congress still hasn't put anti-lynching legislation on the books," Sen. Corey Booker, a New Jersey Democrat, said in a statement. "This bill will right historical wrongs by acknowledging our country's stained past and codifying into law our commitment to abolishing this shameful practice."

Booker teamed up with Democrat Kamala Harris of California and South Carolina Republican Tim Scott to introduce the Justice for Victims of Lynching Act of 2018 on Friday.

The senators said the legislation will amend the US Code "to specify that lynching is a crime in itself that would warrant an enhanced sentence under existing federal hate crime statues."

Harris, Booker and Scott either need the support of 60 senators or a deal to pass the bill by a voice vote for the legislation to be enacted. Independent Sens. Bernie Sanders and Angus King and 15 other Democratic senators have co-sponsored the bill.

The introduction of the legislation comes more than two weeks after a similar bill was introduced in the House of Representatives by Rep. Bobby L. Rush of Illinois and 35 members of the Congressional Black Caucus.

"Lynching is a dark, despicable part of our history, and we must acknowledge that, lest we repeat it," Harris said in a statement Friday.

Scott said the legislation, which has repeatedly failed in Congress for nearly a century, is past due.

"This piece of legislation sends a message that together, as a nation, we condemn the actions of those that try to divide us with violence and hate," he said in a statement.

Between 1882 and 1968, more than 4,000 African-American men, women and children were lynched according to data from the Equal Justice Initiative, a nonprofit legal advocacy group. But 99% of those responsible for the lynchings escaped prosecution or punishment by state or local officials.

Republican Rep. Leonidas C. Dyer of Missouri became the first member of Congress to introduce an anti-lynching legislation bill in 1918. Dyer's measure was meant to be a deterrent by punishing authorities that failed to prevent lynching. The legislation passed the House but faced stiff opposition from Southern Democrats in the Senate and eventually died in 1922.

Between 1882 to 1986 there have been 200 failed attempts to enact federal anti-lynching legislation, according to Harris. "It's time for that to change," she said.

Throughout the years, as cultural attitudes began to shift, politicians and law enforcement officials have publicly acknowledged the atrocities of the past.

In 2005, 90 members of the US Senate passed a bipartisan resolution apologizing to the victims of lynching for the repeated failure of the Senate to pass anti-lynching legislation.

Harris, Booker and Scott said that's not enough, but Congress is now prepared to correct the failure to "criminalize lynching as an instrument of terror and intimidation."