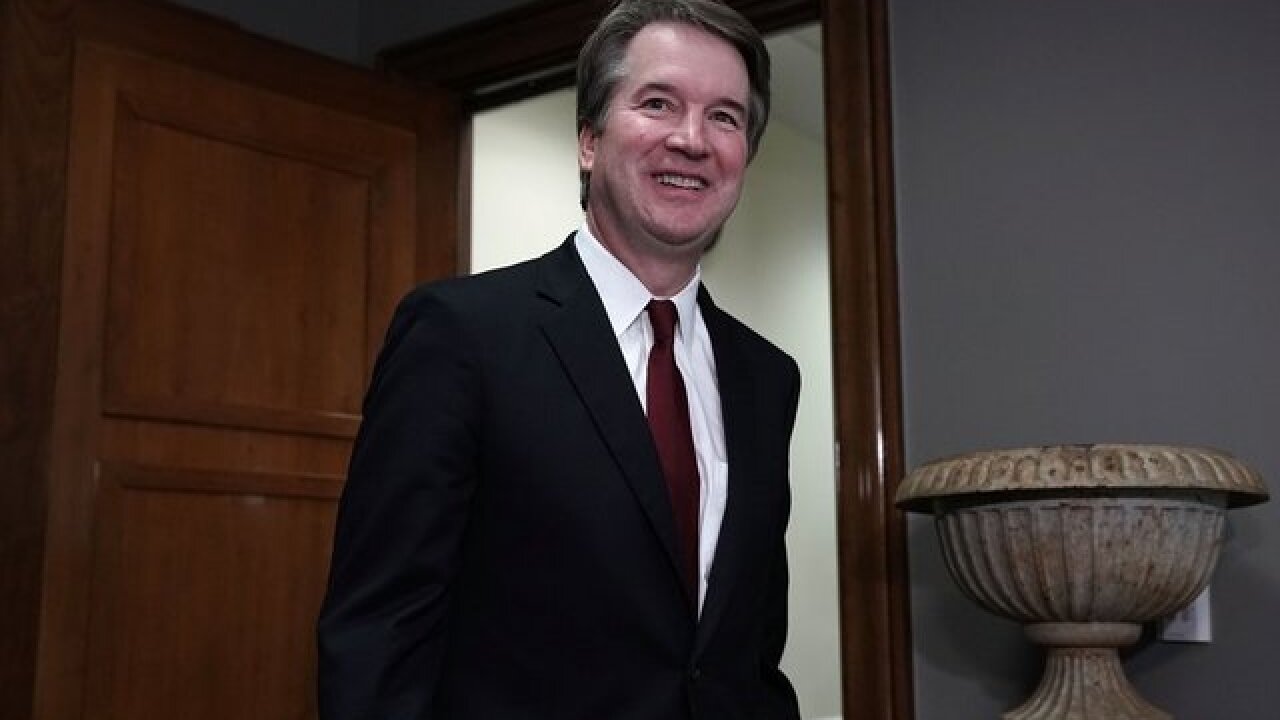 Trump made the comments as he made his way into the United Nations building in New York for this week's UN General Assembly.

Trump also defended his nominee as "a fine man, with an unblemished past."

On Sunday night, The New Yorker reported that a woman who attended Yale University with Kavanaugh said she remembers Kavanaugh exposing himself to her at a dormitory party.

Kavanaugh and the White House quickly denied the allegation.