10 new roller coasters to try this year, according to a fanatic 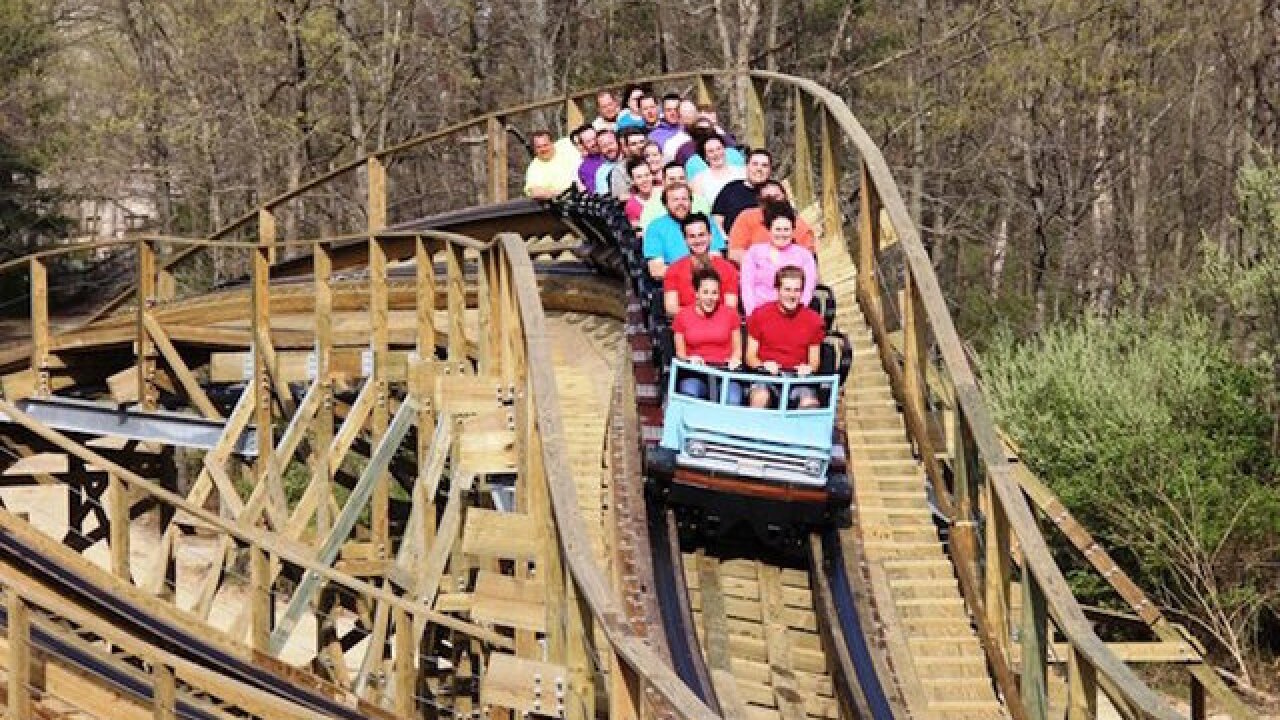 WCPO
<p>Mystic Timbers is shown at Kings Island in Ohio.</p>

(CNN) -- There is no roller coaster that Patrick Lindich won't ride at least once.

Lindich, who documents his rides on his CoasterFanatics YouTube channel, credits his love of coasters to his father, who convinced him to ride the American Eagle at Six Flags Great America in Gurnee, Illinois when Lindich was 10.

"It's a very long ride, and I had an amazing time," says Lindich, 27, speaking about the ride's 4,650-foot-long run. "It is a very special coaster for me because it got me over most of my fears of roller coasters."

Fast-forward five years, when he rode the Top Thrill Dragster at Cedar Point, which has a maximum height of 420 feet, a top speed of 120 mph and only lasts 17 seconds.

"When the ride was over, I was totally hooked," he says. "Roller coasters really became a passion of mine, and today there isn't a roller coaster that I won't try."

Now living in Burbank, Illinois, Lindich launched his YouTube channel in June 2016 to review coasters around the country.

He already tested Mystic Timbers at Kings Island in Ohio in April and is planning to ride and review seven more new coasters this year, plus two more new-for-2017 coasters next year.

"I love roller coasters because of the thrill, and of course, the adrenaline rush," he says. "I love being hundreds of feet in the air and feeling that weightless feeling as the coaster drops. I love flying through the sky and going upside down. It really gives you the feeling of being in a jet flying through the air or even like Superman."

Here's this coaster fanatic's travel schedule to ride the newest coasters of 2017.

Mystic Timbers debuted at Kings Island on April 15, and Lindich was there for opening day.

"Kings Island is one of my favorite amusement parks, and they don't get a new roller coaster very often," he says. "It is an amazing new coaster that I highly recommend."

The story of Mystic Timbers centers on a lumber company being taken back by nature.

The ride takes place on 3,265 feet of track and reaches speeds of up to 53 mph and a height of 109 feet at its highest point. There are 16 airtime hills, which cause riders to experience negative G's. (Spoiler alert: Don't watch his review if you don't want to know what's in the shed near the end of the ride.)

Originally scheduled to open in 2016, Galeforce at Playlands's Castaway Cove is on its way to opening this summer. The triple launch ride has a launch speed of 64 miles per hour, top height of 125 feet and a beyond-90-degree drop.

"It's a triple launch, launching three times: forward, backward and a final launch through rest of the ride," he says. "I am really looking forward to this one."

"They are also opening another coaster this year called Wild Waves that is smaller and actually wraps around the GaleForce coaster. It should be pretty cool!"

When it opens in June, the double launch coaster will travel along a 2,600-foot track mostly over water, with riders reaching heights of up to 61 feet.

"It is a very unique coaster," he says. "It gives you the illusion of riding a jet ski. I'm probably looking forward to this one the most because it's very unique and is the first of its kind in the United States."

Santa's Village Azoosment Park opens for the summer in May, and the new Super Cyclone roller coaster is part of the celebration.

The ride takes place on 1,100 feet of track, reaches almost 35 feet at its highest point and has a ride time of 1:20 minutes.

"The Super Cyclone is more of a family-style coaster," he says. "It's pretty fun for the whole family and a good first coaster for someone just starting out."

Five years after Hurricane Sandy destroyed the Jet Star roller coaster at Casino Pier on the Jersey Shore, its replacement opened in early May.

The Hydrus has a top speed of 45 miles per hour on a 1,050-foot track and includes a 72-foot vertical lift.

"This coaster is what's known as a Gerstlauer Euro-Fighter," says Lindich. "They have a straight down drop as well as several inversions. This should be a very fun coaster for this small park."

Rollin' Thunder will be the anchor roller coaster at OWA, a 14-acre theme park with 21 rides scheduled to open in mid-July on Alabama's Gulf Coast. Phase one of this development also includes a hotel, a 14-acre lake and retail space.

Like its twin Thunderbolt coaster at Brooklyn's Coney Island, it's a 125-foot-tall steel coaster "with several inversions and a straight down drop," he says. "I'm curious to see how this brand new park turns out."

Scheduled for a summer opening at Fun Spot's Kissimmee location, the Mine Blower has an initial drop of 80.5 feet, will reach speeds of up to 48 miles per hour, hitting a height of 82 feet and one 360-degree barrel roll on the 2,256-foot track.

"It will be the first wooden coaster in Florida to go upside down," Lindich says. "This will be an awesome coaster that will be considered one of the best new coasters for 2017. I'm really looking forward to this one."

The Joker, a 120-foot-tall, free-fly Six Flags coaster cloned at several Six Flags parks, will open at Six Flags Great America on May 27.

"There are several of these models at Six Flags (parks) across the country named Joker or Batman, and they're very unique compared to the typical roller coaster," he says. "The seats spin as you go down a hill, the seats rotate and turn you upside up and spin you around."

Made by the same company as Mystic Timbers, "this one is smaller, more family-style, but great for adults too," says Lindich, who plans to visit next year.

Once a stand-up coaster called the Vortex, this coaster has been re-themed with new trains at California's Great America.

The newly named Patriot, which debuted April 1, travels up to 45 miles per hour to a height of 91 feet and includes a 360-degree loop.

"It's now a floorless coaster, where guests sit with their feet dangling above the track," says LIndich, who has this ride on his 2018 schedule.