6 food myths that are total lies 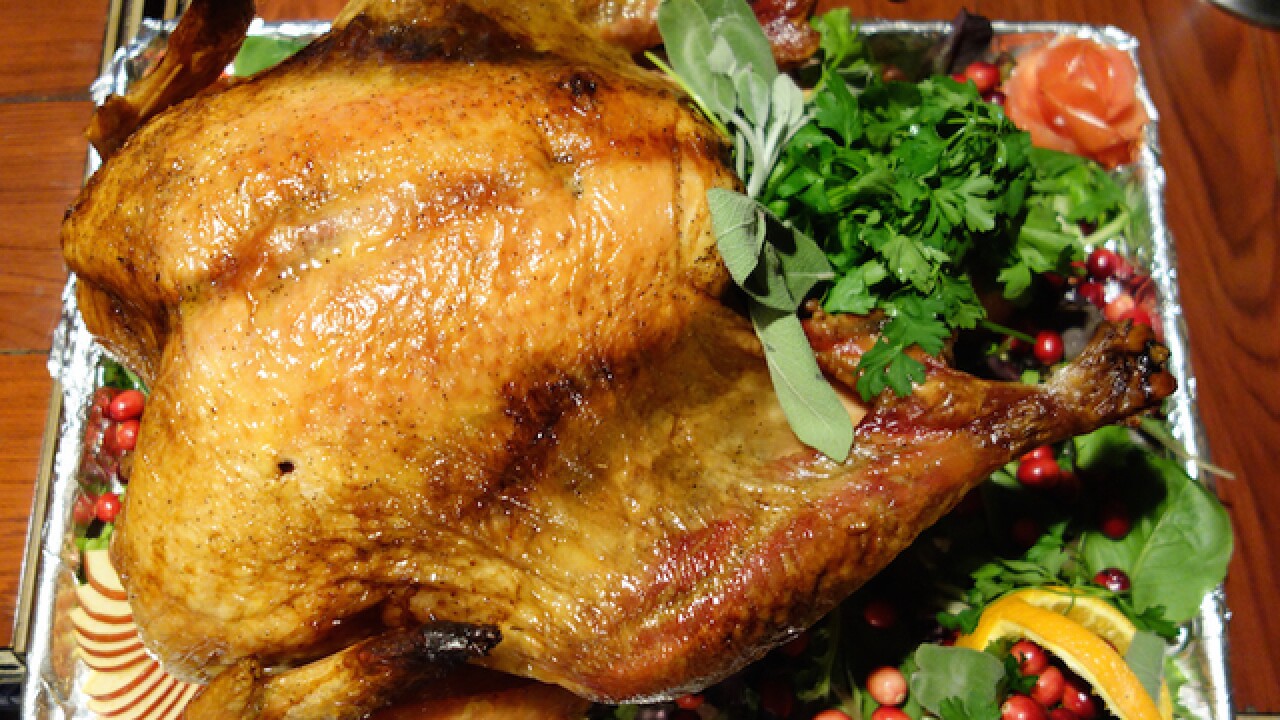 Considering how much we humans love shoveling food into our mouths (over the sink, late at night, struggling to see through the tears), you'd think we had a good grasp on what it is we're eating and what it does to our bodies. However, as it turns out, most of the things you probably believe about your favorite foods are about as scientifically accurate as "Timecop." To wit ...

#6 — Myth: Turkey Makes You Sleepy (As Does Warm Milk)

Thanksgiving is the official holiday of three things: football, genocide and naps. You're already tuckered out after a long day of making hand turkeys and fighting with your uncle about what the word "socialist" means, and then you load yourself up with a competitive eater's portion of hot, steamy bird meat. Your fragile body is no match for the turkey's almighty tryptophan, a sedative so powerful that they could probably use it in the blow darts they use to tag wild animals. You wind up falling asleep before halftime of the Detroit Lions game.

Which, to be fair, is the body's natural defense mechanism when confronted with Detroit Lions football.

According to nutritionists, food science researchers and people who aren't your grandparents, turkey and warm milk are not sedatives. It's true that turkey has tryptophan (an amino acid that eventually becomes serotonin and melatonin, neurochemicals which do play a role in getting your brain to fall asleep). However, turkey doesn't contain enough tryptophan to have any noticeable effect on your state of consciousness. In fact, it has exactly as much tryptophan as plenty of other dairy, nut, and meat products do (cheddar cheese actually has more).

The main reason you pass out on the couch after the last round of pumpkin pie is the fact that you ate (on average) 4,500 calories . You're passing out because your body is working overtime struggling to digest all the meat and bread you crammed into it like spackle in busted drywall.

And when it comes to drinking that warm glass of milk, there are no natural sedatives at play either. It's simply very soothing to slowly drink a warm liquid ... particularly since you drank the stuff in your first several months of life. You're just pining for your pre-solid-food days , producing a completely psychosomatic reaction. Would it work even better if you had a giant person feeding it to you while you wore a diaper? Only one way to find out!

When trying to figure out whether your dinner will send you to an early grave, usually you can put everything on your plate on a spectrum from "processed junk" to "canned or frozen fruits and vegetables" all the way up to the holy grail: fresh produce, eaten the way nature intended . This is why all the healthy people have piles of leaves sticking out of their carts — even when getting their veggies, they don't want to eat a bunch of freezer-burned crap.

Unless you live in an area with a ton of farms, your produce probably came from a place that's far, far away . From the moment that broccoli was plucked from the earth, it's been slowly decaying and losing its nutrients during its long journey to the grocery shelf. And it's not like it went directly from a produce truck to the vegetable showroom. No, it got tossed into a refrigerated storage room for a bit, then hung out in the produce section for a while hoping to get selected (this is on top of however long you leave it in your fridge at home after you buy it). If you do somehow manage to eat at least most of it before it rots, you're probably in the minority, which is part of the reason America has a huge problem with food waste.

That's why when it comes to nutrition, frozen produce will probably always be better than fresh. It's flash frozen right after it's picked, so it loses fewer nutrients between being harvested and landing on your plate. The same goes for some canned foods. For instance, canned tomatoes are higher in the cancer-fighting antioxidant lycopene than their naked brethren, due to how they're preserved.

Plus, frozen or canned food often allows you to buy higher-quality produce that was picked in-season at a better price than if it were fresh.

#4 — Myth: Brown Eggs Are Better For You

So you're at the supermarket, staring at the ten brands of eggs available. They fall into roughly two groups: cheaper, factory-produced white eggs versus pricier, all-natural brown eggs. Sure, those cage-free eggs in the hippie packaging are a bit more expensive, but they have those dark yolks that are clearly packed with more nutrition. You also make sure to select a carton labeled "omega-3," because even if you don't know exactly what that means, you know it sounds healthy.

Oh, and if you're an athlete preparing for the big fight, you know you can maximize the protein by downing those suckers raw. Drink 'em straight out a glass like Rocky Balboa, because that's what physical fitness looks like.

Ultimately, there's no difference in the egg based on whether its shell is white or brown. The color is based on the breed of the chicken that laid it . The Rhode Island Red lays brown eggs, and the uber-common Single-Comb White Leghorn lays white eggs. Much like the marshmallows in a box of Lucky Charms, the difference is purely cosmetic — brown and white eggs taste identical, and there's no difference in nutritional value .

So why do brown eggs cost more? Well, because chickens that lay brown eggs eat more than the ones that lay white ones. That's it. A darker yolk has the same amount of fat and protein as a lighter one . Free-range chickens and chickens that eat alfalfa and yellow corn ingest xanthophyll, a form of chlorophyll that's orange, which transfers to the yolks. A chicken that can walk about and graze freely is a much happier chicken (presumably), but that doesn't mean its eggs are going to get you in shape any faster than those from their more depressed brethren.

As for eggs that are sold as "omega 3", they come from hens that are fed fish oil or flax seed oil. They might be more beneficial for your body, but that's according to a study that used only 19 participants. To put that number in perspective, more people have given "Jaws: The Revenge" a positive rating on IMDb . The only thing that affects nutritional value in a measurable way is how much thick albumen an egg has, which is the non-watery part of the egg white. But that's not as visible, so it's not as easy to charge people more money for it ( you know, like they do for brown eggs with dark yolks ). Farmers have even started adding marigold flowers to chicken feed in order to imitate the darker orange color; that's how much of a difference it makes in marketability.

Now let's cover why Rocky was in fact worse off nutritionally by drinking his eggs raw instead of getting an omelet at Denny's. Much like cooking vegetables , consuming cooked eggs gets you more bang for your bite. In 1998, researchers studied five adults with ileostomies (which is where your intestine is rerouted out the front of your body) to see how that key part of the digestive tract was able to process egg proteins. As it turned out, raw egg proteins were less digestible than the cooked eggs . Another study had similar results.

The only reason a hypothetical boxer or bodybuilder would drink them raw would be to save on cooking time — or, more likely, they assumed "Rocky" was based on meticulous scientific research.