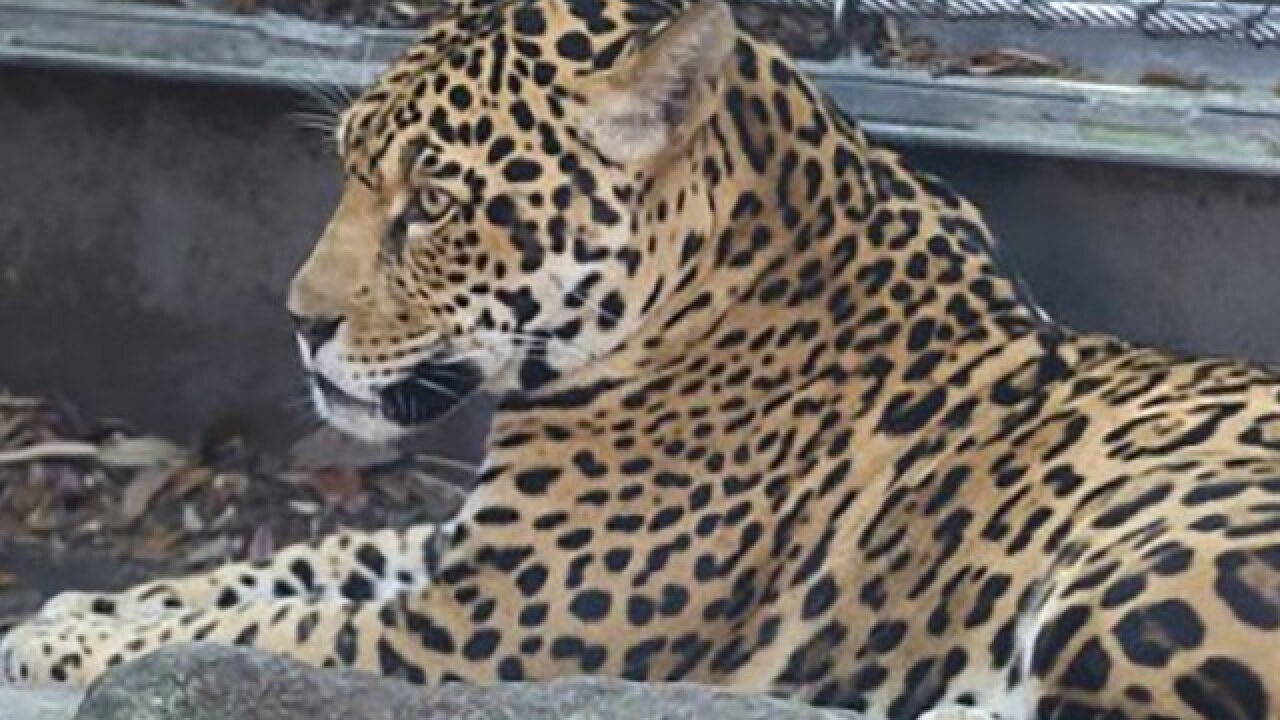 A New Orleans zoo was closed over the weekend after a jaguar escaped its habitat and killed eight other animals. A ninth animal died Monday morning.

Audubon Zoo said the 3-year-old male jaguar, named Valerio, was spotted outside his enclosure by a zoo employee around 7 a.m.

Valerio attacked and killed five alpacas, two foxes and one emu. Another fox was also attacked and was improving, but its condition turned critical Sunday night and it died Monday morning.

Kyle Burks, vice president and managing director for the zoo, said at a news conference that Valerio was sedated by a team of veterinarians and the animal was returned and secured in his area. No humans were injured.

The zoo was closed Saturday.

"We care for these animals every day," Burks said. "We closed the zoo today to help our team mourn."

No explanation has been given for the jaguar's escape, but the zoo said an "after-action review" is taking place, as well as an investigation into how the jaguar escaped. An initial inspection revealed "the roof of the habitat was compromised."

"We take this situation very seriously and we're working to investigate everything that happened so we could prevent anything like this from happening again " Burks said.