After years of progress, the number of Americans breathing polluted air is rising, report says 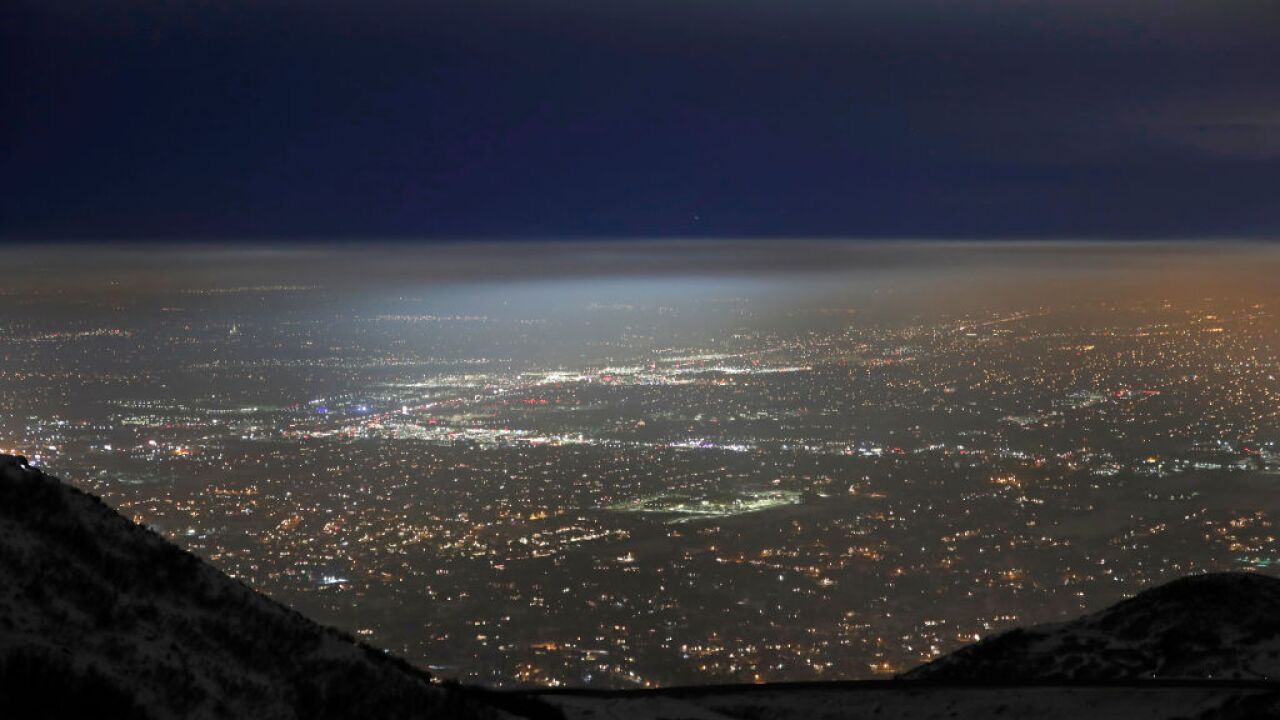 More Americans are breathing air that will make them sick, according to the American Lung Association's annual State of the Air report.

The country had been making progress in cleaning up air pollution, but during the Trump administration, it has been backsliding, the report says. Deregulation and climate change are largely to blame.

President Donald Trump made a pledge in his 2017 State of the Union address to "promote clean air and water," but his administration has reversed or proposed rollbacks to major air pollution protections, emissions standards and drilling and extraction regulations. He's also slashed the EPA budget; the current proposal is to cut the budget by a third.

"We have a long list of things we are concerned about this administration doing," said report author Janice Nolen , the American Lung Association's assistant vice president of national policy. "We have to keep cleaning up the air, and we have to deal with climate change first and foremost, especially after seeing the harm of what is happening now."

The new report says that 141.1 million Americans -- 4 in 10 -- live in counties that have air with unhealthy levels of particle pollution or ozone. That's an increase of 7.2 million people from last year's report. Wednesday's report, the organization's 20th, looks at data on particle pollution and ozone pollution from 2015 to 2017.

Particle pollution is the mix of solid and liquid droplets in the air, according to the US Environmental Protection Agency. It can come in the form of dirt, dust, soot or smoke. Particle pollution comes from coal- and natural gas-fired plants, cars, agriculture, unpaved roads and construction sites.

Ozone , also called smog, essentially causes a sunburn of the lung, irritating and inflaming the lining of our lungs when we breathe it in. It can leave us winded, cause asthma attacks, make us more susceptible to infection and even shorten our lives.

The country as a whole recorded more days with hazardous air quality than ever from 2015 to 2017, the researchers said, defined as air that reaches "emergency conditions" on the government's air quality index .

California, while typically progressive on environmental issues, appears a disproportionate number of times on these bad air lists. It's in part because of topography that traps ozone and pollution in. The sunny, warm climate doesn't help and neither do the pollution-generating activities of the 33 million people living there. Cars, trucks, factories, oil and gas extraction, and power plants all create pollution.

"California is getting better, but it is still a problem and is still is at the top of our lists," Nolen said.

Wildfires are also a big source of air pollution and are becoming a bigger problem with climate change. Notably, the large wildfires of 2018 aren't included in this data, said Nolen, who has worked on State of the Air every year for the past 20 years.

"We've made great strides cleaning up some of the sources [of pollution]. We have much cleaner vehicles, power plants are doing better, but a lot of this is challenged by the current administration's rollbacks and with climate change, because we have such extreme weather patterns of drought and wildfire and that can add to particle pollution," Nolen said.

"We are seeing the impact of climate change now. Something has to be done," Nolen said.

There are some cities in the report that the American Lung Association thinks are getting it right. Only six qualify as "cleanest," meaning they have no high ozone or high-particle-pollution days and rank among the 25 cities with the lowest year-round particle pollution. They are Bangor, Maine; Burlington-South Burlington, Vermont; Honolulu, Hawaii; Lincoln-Beatrice, Nebraska; Palm Bay-Melbourne-Titusville, Florida; and Wilmington, North Carolina.