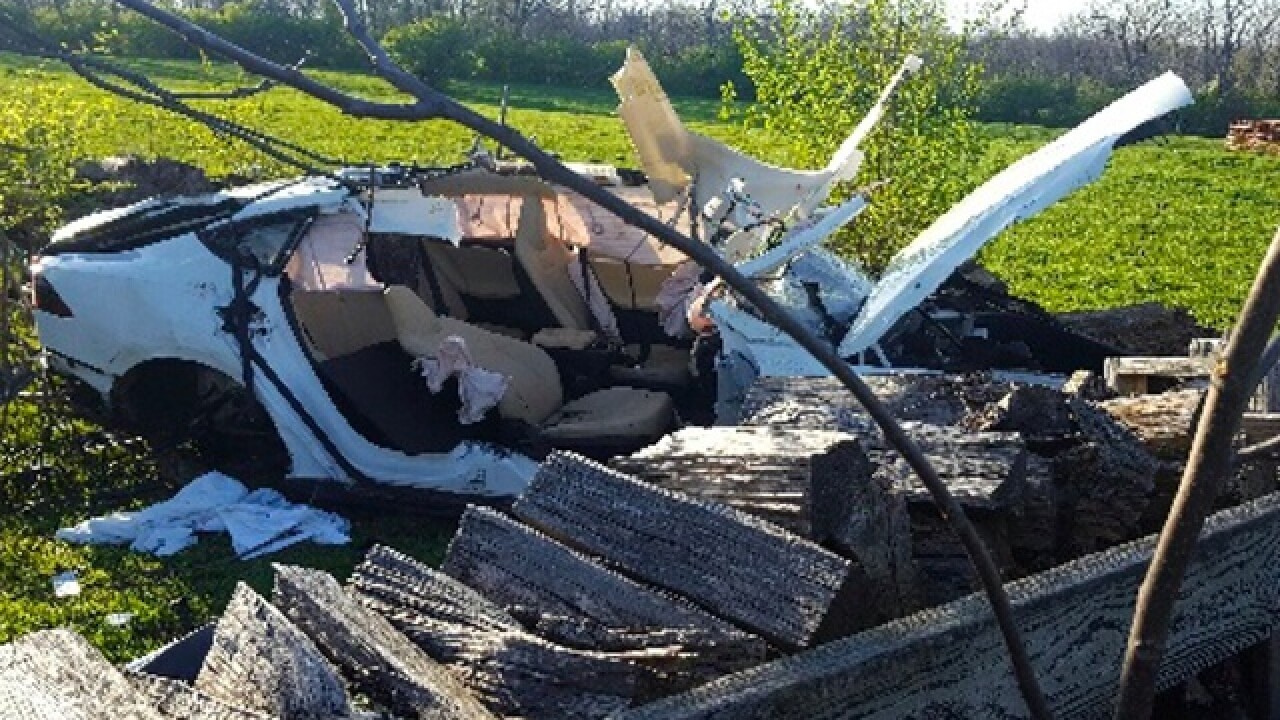 MONROE, Ohio -- Authorities in Ohio have charged a 17-year-old driver whose classmate was killed when she crashed on the way to prom last month.

The teen — Scripps station WCPO in Cincinnati is not naming her because she is a minor — is facing two counts of vehicular assault and one count of aggravated vehicular homicide, the Butler County Sheriff's Office announced Thursday.

Prosecutor Michael Gmoser said he plans to keep the case in juvenile court.

The Monroe High School student was driving three classmates to prom on April 27 when she crashed. Police previously said the driver was speeding on her way to prom when she attempted a course-correction and lost control of the 2013 Tesla on Millikin Road in Liberty Township and hit a telephone pole.

Kaylie Jackson, 17, was riding in the back seat and was not wearing a seatbelt, deputies said. She was ejected from the car through the windshield and flown to University of Cincinnati Medical Center for treatment. She  died from her injuries three days later.

Two other passengers were treated at an area hospital and released. The teen driver's father previously told WCPO she entered counseling at Cincinnati Children's Hospital Medical Center after the crash.

The teen driver is scheduled to appear in juvenile court May 24.