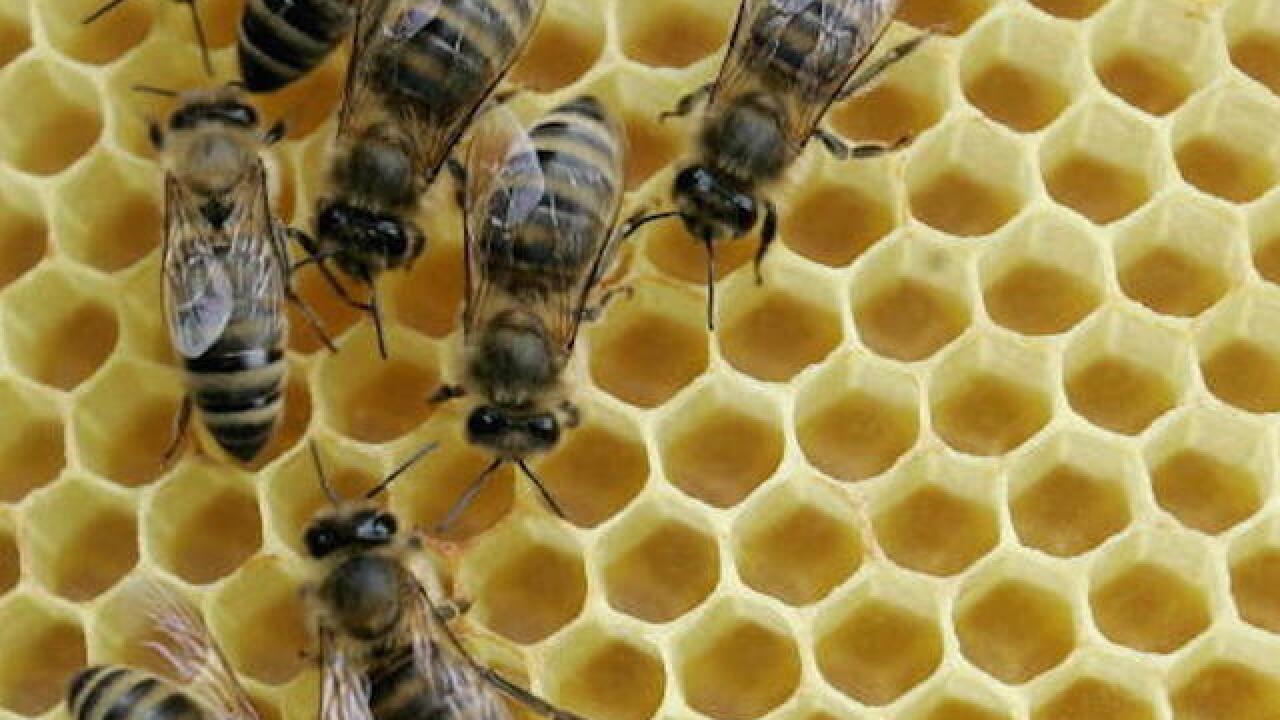 Ralph Orlowski
<p>MAHLBERG, GERMANY - MAY 19: Honey bees sit on a honeycomb on May 19, 2008 in Mahlberg near Freiburg, Germany. According to the German bee keepers association in the last few days honey bees died massively due to the use of pesticides. Seed corn that was sowed in the last weeks is mostly treated with clothianidin, a chemical used to protect roots from pest. (Photo by Ralph Orlowski/Getty Images)</p>

OKLAHOMA CITY (AP) — Three people were taken to a hospital after an estimated 30,000 to 60,000 bees escaped and stung people in a Wal-Mart parking lot in southeast Oklahoma City.

Emergency Medical Services Authority spokeswoman Lara O'Leary says two people were transported in serious condition and the third was in good condition after being stung Saturday morning after the bees escaped from three hives.

Each of the three injured are adults, but no other information about them was released.

Oklahoma City Fire Battalion Chief Benny Fulkerson says the incident began about 10:30 a.m., when a person selling bee hives met a buyer in the parking lot and the bees escaped.

Fulkerson says beekeepers were called and gathered the insects. He said a firefighter was also stung, but did not require medical attention.