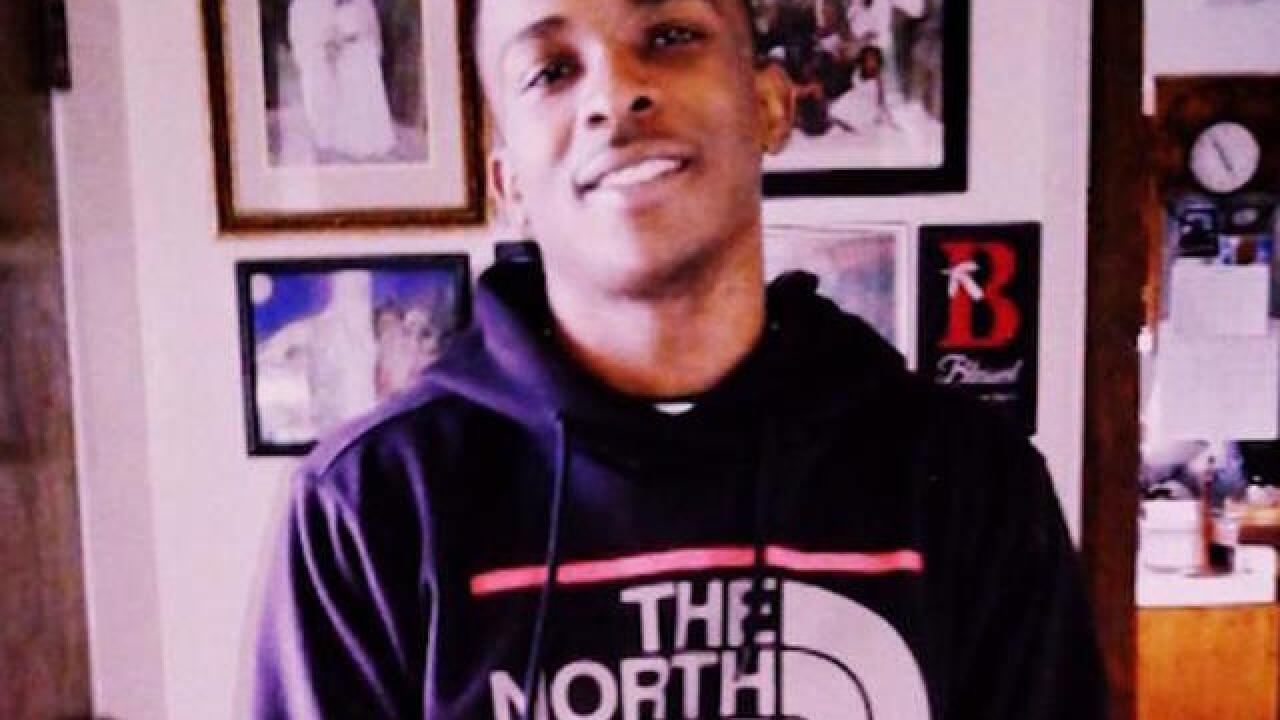 The brother of an unarmed black man killed by police interrupted a Sacramento City Council meeting on Tuesday as chants of the victim's name filled the chambers, illustrating how the fatal shooting has sparked emotions in this California city.

" Stephon Clark . Stephon Clark," Stevante Clark and others chanted in the first meeting since the fatal shooting on March 18.

"Louder. Louder," said Stevante Clark, who hopped on the dais and yelled an expletive at Mayor Darrell Steinberg.

Standing in front of the council chambers with others, Stevante Clark said: "The mayor and the city of Sacramento has failed all of you," citing high rent, gang violence and poverty in the city.

The outburst forced council members to take a brief recess.

Hahn, surrounded by community leaders at a news conference, called last week's shooting "a tragedy that no one wants to see or experience" and said he requested the oversight of state prosecutors even though he was confident in the impartiality of his detectives.

"Due to the nature of this investigation, extremely high emotions, anger and hurt, I felt it was in the best interest of our entire community to ask the attorney general to be an independent part of the investigation," Hahn said.

The press conference came a week after Clark, 22, was shot and killed in his grandmother's Sacramento backyard by officers who believed he was pointing a gun at them, according to police.

No weapon was found at the scene. The only item discovered was a cellphone, police said.

"Our city is at a critical point right now and I believe this will help build faith and confidence in the investigation from our community," Hahn said.

The shooting has led to protests in California's capital. Community and religious leaders stood with local elected officials in appealing for calm.

"I understand the community is concerned about the integrity of the investigation but I would remind you we are not some of the other major cities in the country that have had challenges," said Pastor Anthony Sadler, referring to disturbances following police shootings in other cities.

"We are all one here in Sacramento," said Sadler, pastor at Shiloh Baptist Church. We are one of the most diverse cities in the nation. ... We know that feelings and emotions are high but we need to do this, again, as one city."

Steinberg said Becerra's investigation would provide the community "extra assurance" of a fair and impartial process.

"We're going to make sure every stone is turned," Becerra said, noting that his involvement came at the request of the police chief.

"We take on this responsibility in full recognition of the importance of getting it right -- because there is nothing more important than respect and trust between law enforcement and the communities that they are sworn to protect as we work to keep all Californians safe," he said.

Becerra stressed that his office was "not taking over" the investigation but merely "providing independent oversight."

"There needs to be civilian investigators, people that are regular citizens that pay the salaries of these police officers. They need to be the ones in charge," she said. "We're their bosses, and it needs to look like that."

"This young man should not have been murdered. It was excessive force that was being used," said Berry Accius. "These police had nonlethal weapons that they could have used before they used lethal weapons to end his short life."

Sacramento County Coroner Kim Gin determined Clark's cause of death was multiple gunshot wounds and classified his death as a homicide.

A spokesperson for the coroner's office said the exact number of rounds that struck Clark is not being released at this time. The full autopsy report will be held until the case is adjudicated in court.

Sacramento  police released body camera video  of the incident that showed the officers did not immediately provide Clark with lifesaving efforts, instead waiting until other units arrived at the scene.

Two officers -- one of them black -- have been placed on paid administrative leave pending the outcome of a use-of-force investigation.

The shooting happened March 18 after 9 p.m., when Sacramento officers responded to a report that a man had broken car windows and was hiding behind homes. They pursued a man who hopped a fence and was in a backyard.

The shooting was captured on video by the two officers' body cameras and a police helicopter. That footage was released last Wednesday in an effort to be transparent.

The body camera videos show the brief encounter between police and Clark, lasting less than a minute.

Police said the officers entered the front yard and saw the suspect along the side of the home. The man "turned and advanced toward the officers while holding an object" extended in front of him, according to the police account.

Seconds later, officers opened fire as they took cover near a wall.

As more police arrived at the scene, someone could be heard asking, "What did he have on him?"

An officer responded "... something in his hands. It looked like a gun from our perspective."

The family has hired attorney Benjamin Crumb, who has previously represented the families of other African-Americans fatally shot by police, including Michael Brown and Tamir Rice, as well as Trayvon Martin, a Florida teenager killed by George Zimmerman.