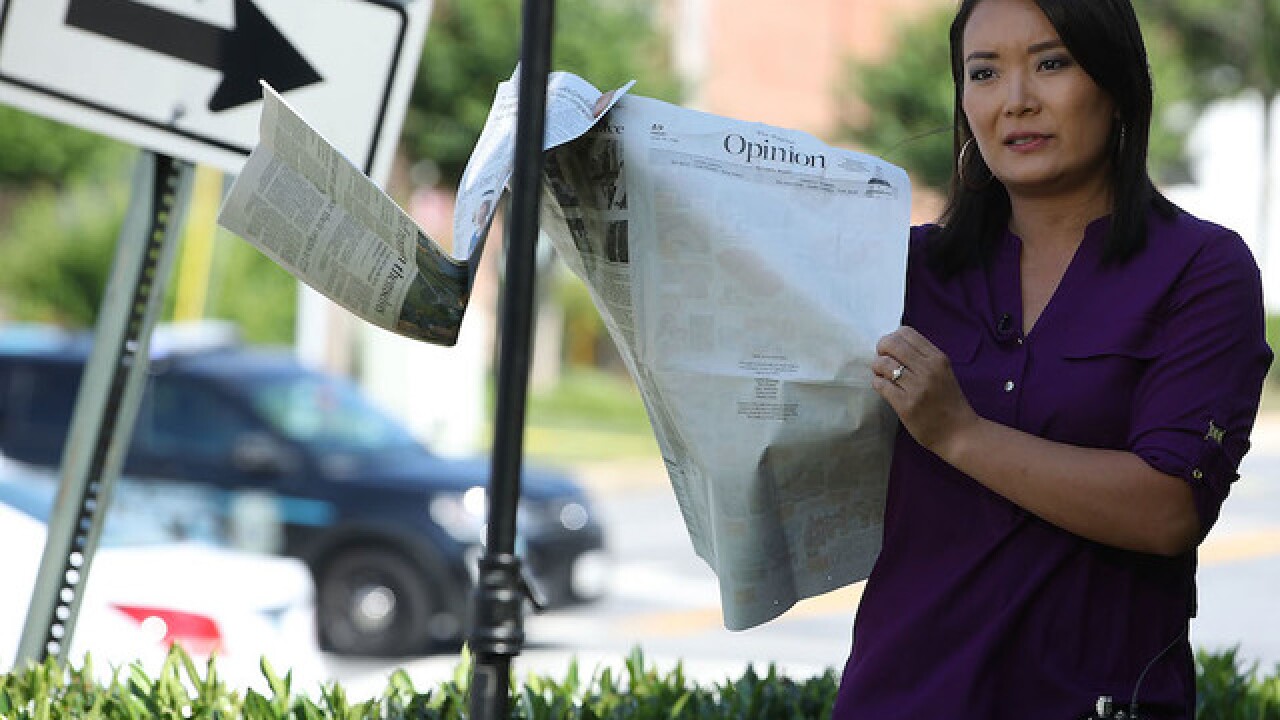 Copyright Getty Images
Mark Wilson
<p>Television reporter Heidi Zhou-Castro holds up the Opinion Page of the Capital Gazette that was left blank the day after 5 people were shot and killed by a gunman on Thursday, on June 29, 2018 in Annapolis, Maryland. </p>

The murder of five employees of the Capital Gazette has elicited an outpouring of grief and horror that such an attack could take place here in the United States. Indeed, yesterday's shooting represents the single deadliest attack on the US media in recent history, according to the research carried out by the Committee to Protect Journalists.

These murders highlight another important reality, which has been true in the US and around the world: local journalists are especially vulnerable to violence and are often targeted from within the communities they cover. This may have to do with the intimacy of the relationship. The journalists and their subject often know each other, and the coverage may be felt more personally because it is seen by friends and neighbors.

At the same time, violence against the US media is hardly unprecedented. Last month, a local music journalist, Zachary Stoner, was murdered in Chicago. While the motive behind that killing is not yet known, Stoner reported receiving threats over his reporting on the death of a local teenager. A decade ago, community journalist Chauncey Bailey was gunned down in Oakland, California, in reprisal for exposés on a local restaurant called Your Black Muslim Bakery and its ties to violent crime in the community.

While the US likes to think it is largely immune to the cycle of violent reprisal that characterizes the work of the media in so many parts of the world, the murders at the Capital Gazette serve as a terrible reminder that the right to free expression is both precious and vulnerable, even in this country. Expressed another way, the US is now the third deadliest country for journalists in 2018, behind only Afghanistan, where 10 journalists have been killed because of their work, and Syria, where the number is five.

In 1994, CPJ published a report called "Silenced: The Unsolved Murders of Immigrant Journalists in the United States." The journalists, who wrote in variety of languages including Spanish, Haitian Creole, and Vietnamese, were all murdered in reprisal for their reporting. In November 2015, ProPublica published an investigation into the murders of five Vietnamese-American journalists killed between 1981 and 1990. The report linked the killings to a Vietnamese political organization called The Front that was alleged to be operating a death squad in the United States.

Beyond murder, data on violence against journalists in the United States is difficult to come by. That is why last year, CPJ, along with Freedom of the Press Foundation and a number of other press freedom groups, created a new online database called the Press Freedom Tracker. In the last 18 months, the Tracker has documented 57 physical attacks on journalists in this country. These range from journalists being shoved by security guards to being beaten by protesters. In one notorious incident, Montana congressional candidate Greg Gianforte assaulted Guardian reporter Ben Jacobs. Gianforte, who pleaded guilty to misdemeanor charges, is now a member of Congress.

The five killed in the Capital Gazette newsroom have been identified as editorial page editor Gerald Fischman; columnist Rob Hiaasen; sports reporter John McNamara; community reporter Wendi Winters; and Rebecca Smith, a recently hired sales assistant. The suspect in the attack, Jarrod Ramos, had a long-running legal feud with the newspaper and had made recent threats against it. Anne Arundel County Police Deputy Chief William Krampf described the incident as "a targeted attack on the Capital Gazette."

The ability of journalists to carry out their vital work depends not just on the legal framework that protects press freedom. It also depends on the support from their own communities and the political leaders and law enforcement who stand with them when they are threatened or victims of violence.

No responsible person, based on what is known today, would link the killings at the Gazette to the polarizing rhetoric that has become a feature of American political life. But this tragedy should be a reminder to our leaders and everyone else that we must all come together to defend the basic values of tolerance at the heart of the First Amendment, the right to express our views and to speak the truth without having to fear for our lives.