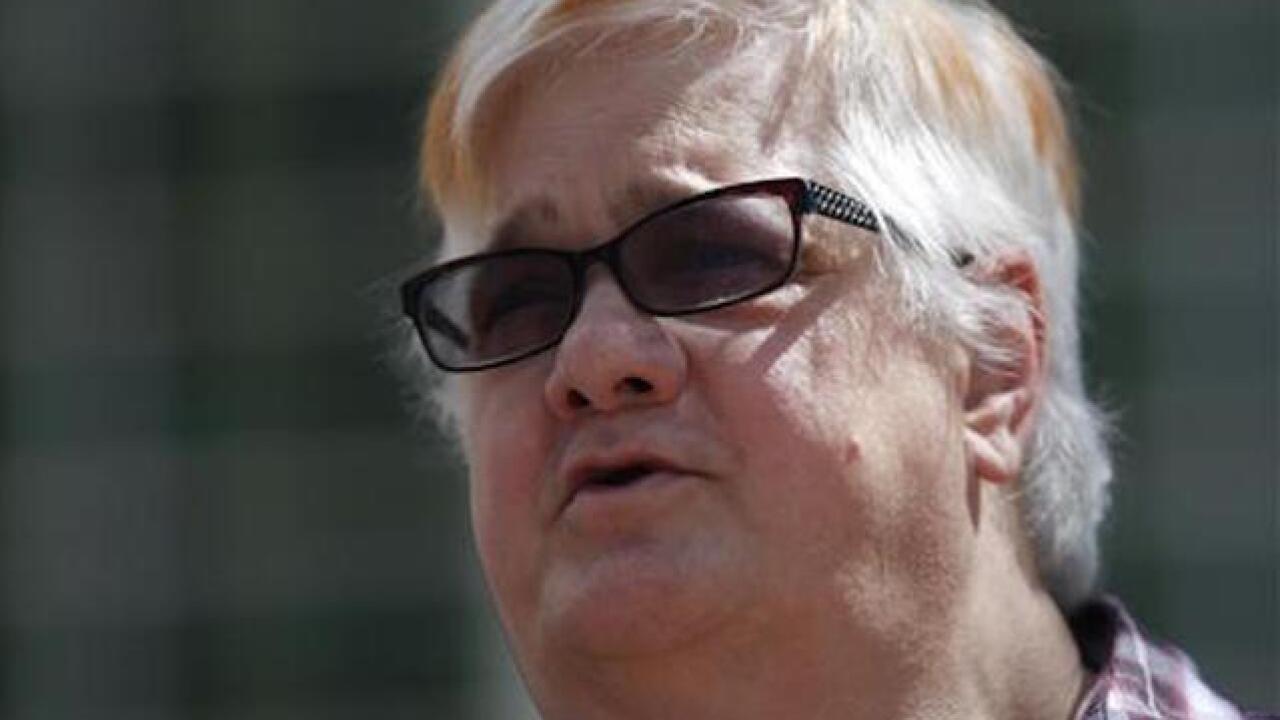 <p><span style="color: rgb(51, 51, 51); font-family: Verdana, Helvetica, Arial, sans-serif, Geneva; font-size: 11px; line-height: 15px;">Dana Zzyym, of Fort Collins, Colo., talks about the arguments in a hearing on Zzyym's lawsuit requiring people to pick a gender to get a passport outside the U.S. Federal Courthouse early Wednesday, July 20, 2016 in Denver. Zzyym, who was born with ambiguous sex characteristics, claims that requiring people to designate their sex to get a passport is discriminatory. (AP Photo/David Zalubowski)</span></p>

DENVER (AP) — A federal judge on Wednesday urged the State Department to give a gender neutral passport to a Colorado Navy veteran who does not identify being male or female in a case that's the first of its kind in the United States.

U.S. District Judge R. Brooke Jackson also suggested he might issue an order forcing the government to do so if it does not successfully negotiate a settlement to the legal challenge by Dana Zzyym, who was denied a passport for refusing to check "male" or "female" on the application.

Zzyym was born with ambiguous sexual characteristics and raised as a boy but later came to identify as intersex and neither man nor woman.

Government lawyers argued that moving beyond two gender choices for passports would upend officials' ability to verify identities and backgrounds because of reliance on drivers' licenses and birth certificates issued by states offering only male and female gender options.

Jackson appeared exasperated at times, saying the State Department needs to catch up to a new era in which gender identification is not as clear as it was in the past.

"A lot of things are changing in our world," Jackson said.

The State Department since 2010 has allowed transgender people to change their gender designation on passports from male to female or vice versa with a doctor's certification.

Australia, Nepal and New Zealand issue passports that do not designate gender and citizens of those nations are allowed to enter the United States.

But the State Department demands that they state whether they are male or female when they are required to apply for U.S. entry visas.

An Oregon judge last month allowed Jamie Shupe to be legally classified as a nonbinary person, neither male nor female. That decision is also believed to be the first of its kind for the country.

Oregon officials are working on a process to allow Shupe to get a driver's license with that designation, said Shupe's lawyer, Lake Parraguey.

Parraguey said many states have similar, simple processes to change people's gender identities, similar to a name changes, and orders like Shupe's will eventually have to be honored by other states.

It's unclear whether a settlement or a judge's order giving Zzyym's a gender neutral passport would have wider ramifications requiring the State Department to grant them to other people, said one of Zzyym's lawyers, Paul Castillo of the Lamda Legal civil rights group.

Lamda has received inquiries from other people identifying themselves as intersex who are following the case closely and hope it will benefit them in getting gender neutral passports, he said.