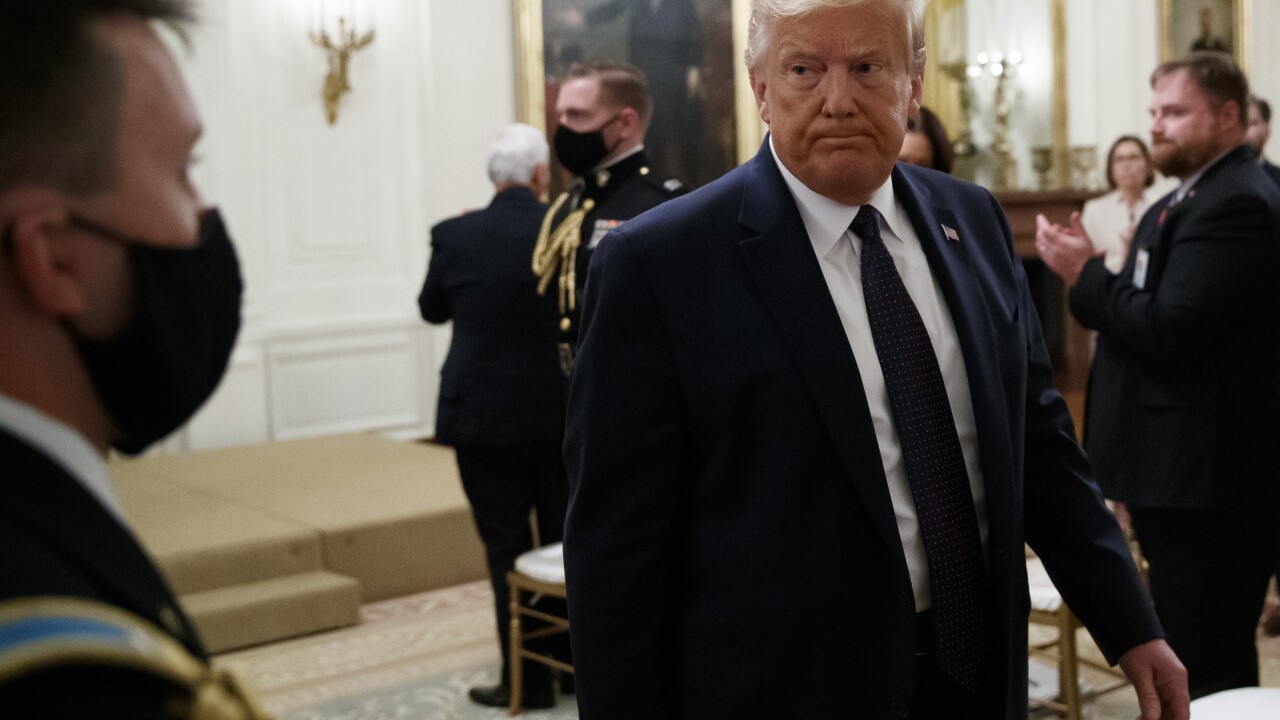 Copyright 2020 The Associated Press. All rights reserved.
Alex Brandon/AP
FILE - In this June 17, 2020, file photo President Donald Trump departs after speaking about the PREVENTS "President's Roadmap to Empower Veterans and End a National Tragedy of Suicide," task force, in the East Room of the White House in Washington. The relationship between the nation's military community and the Republican president has been strained repeatedly over the course of Trump's turbulent first term. (AP Photo/Alex Brandon, File)

Some British experts have slammed the U.S. decision to snap up nearly the entire global supply of remdesivir, the only drug licensed so far to treat COVID-19.

Ohid Yaqub, a senior lecturer at the University of Sussex called it “disappointing news” in a statement.

“It so clearly signals an unwillingness to cooperate with other countries and the chilling effect this has on international agreements about intellectual property rights,” Yaqub said.

The U.S. government announced Tuesday that President Donald Trump had struck “an amazing deal” to buy the remdesivir drug for Americans, made by Gilead. The Department of Health and Human Services said Trump has secured 500,000 treatments of the drug through September, representing 100% of Gilead’s July production capacity and 90% of its capacity in August and September.

In earlier stages of the pandemic, the U.S. refused to export pre-ordered masks to other countries, including Canada.
___

Follow all of AP’s pandemic coverage at http://apnews.com/VirusOutbreak and https://apnews.com/UnderstandingtheOutbreak