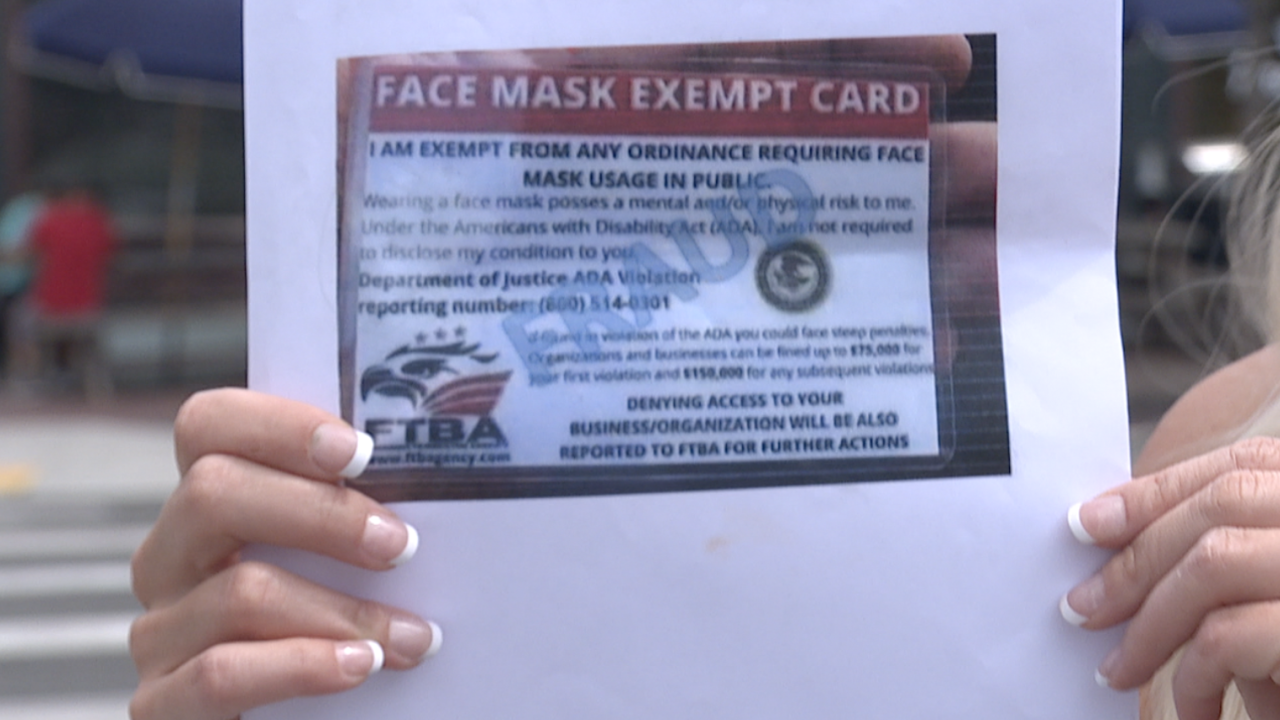 A fraudulent card donning the Department of Justice seal is making its way into the hands of folks against wearing face masks.

The Department and Americans with Disabilities Act have come forward publicly stating they do not endorse or support the card. Last week in Downtown Boise, an individual claiming to possess one of the exemption cards walked into Dharma Sushi and Thai and was upset when refused service for refusing to wear a face mask.

The restaurant, a privately owned business, requires all customers and staff to wear masks in their restaurant unless eating or drinking. They have signs clearly stating this before entering. They have even spread messages on their social media accounts, asking that anyone who cannot or will not wear a face mask refrain from visiting their location.

One of Dharma’s owners said they will continue to enforce their policy because “if an outbreak happened at our store we’d have to close...that could be business ending for us.”

The individual refused service claims to have post-traumatic stress disorder. They state that wearing a mask could trigger an episode and several times throughout the video, the same individual references having a “medical exemption.” Upon exiting the restaurant, a male partner shows local authorities his “face mask exempt card” telling them that refusal to comply with the card can result in a fine.

This incident was filmed on a cellphone by the individual involved. After the encounter, this person uploaded the content online, where it received just over 32,000 views (the video has since been removed for privacy reasons). Dharma’s owner says that the video led to a series of threats and one-star reviews from strangers out of state.

This article was written by Frankie Katafiasor KIVI.