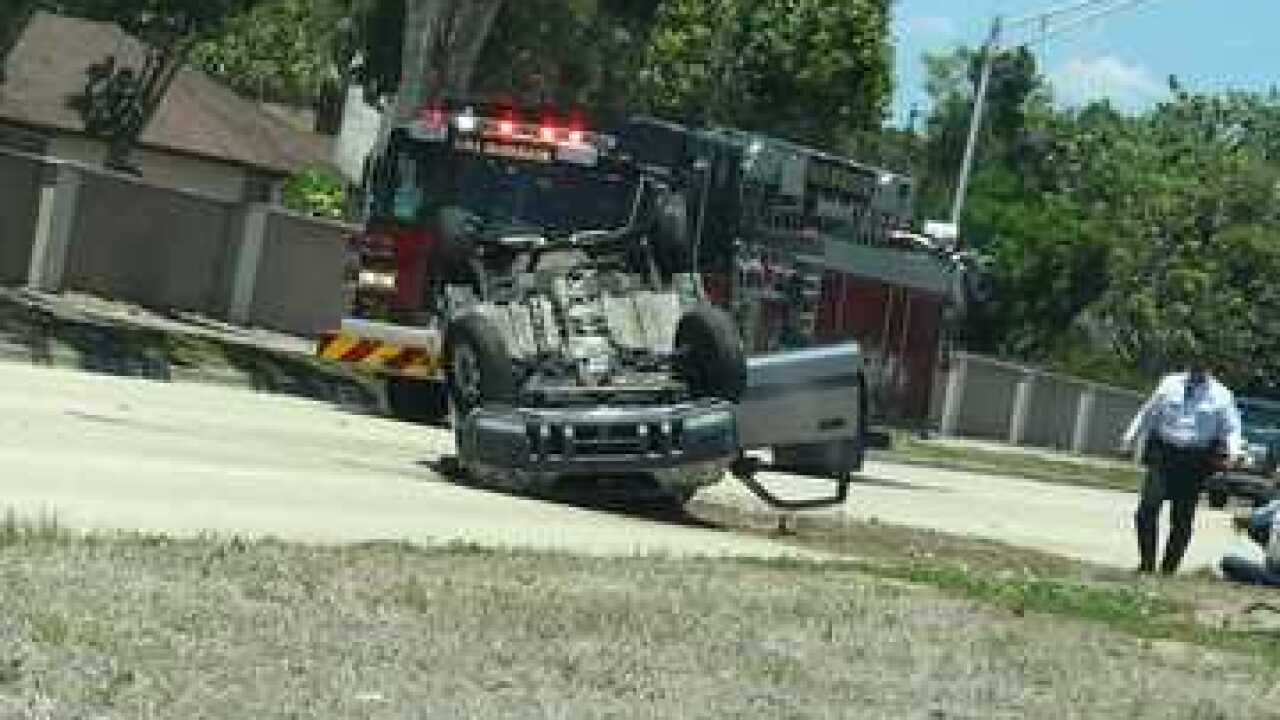 Copyright 2018 Scripps Media, Inc. All rights reserved. This material may not be published, broadcast, rewritten, or redistributed.
Hailey Rose
<p>SUV rollover on Summerlin Road near Park Meadows Drive on May 9, 2018.</p> 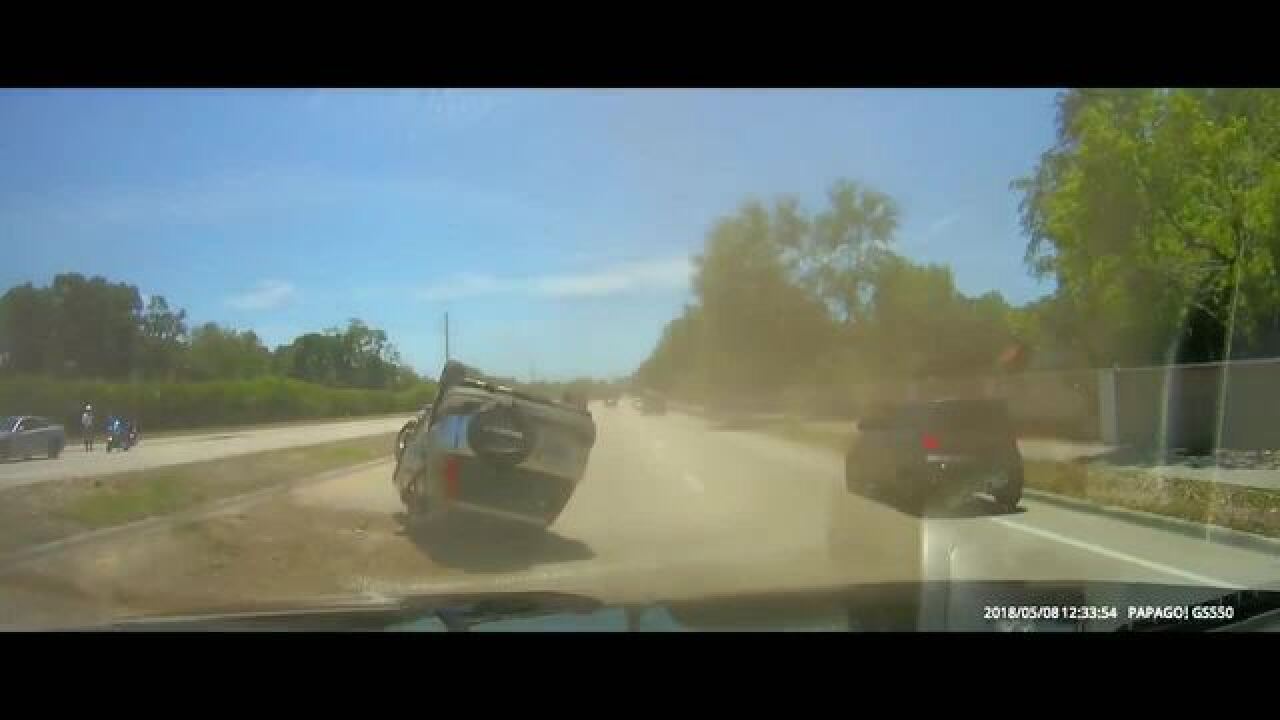 FORT MYERS, Fla. -- A driver narrowly missed hitting a deputy on a traffic stop Tuesday, instead rolling over their vehicle in an effort to avoid hitting him.

The whole crash was caught on dash cam video.

On Tuesday afternoon, Eddy Ramos was driving when the rollover happened in front of him.

His video shows an SUV in the northbound lanes swerve past the deputy who was stopped on the right shoulder.  The SUV veered left and rolled over across the median, coming to a stop upside down in the southbound lanes.

Thankfully the SUV's driver appeared to be uninjured as she climbed out the driver side window.

No word on whether any charges were filed.