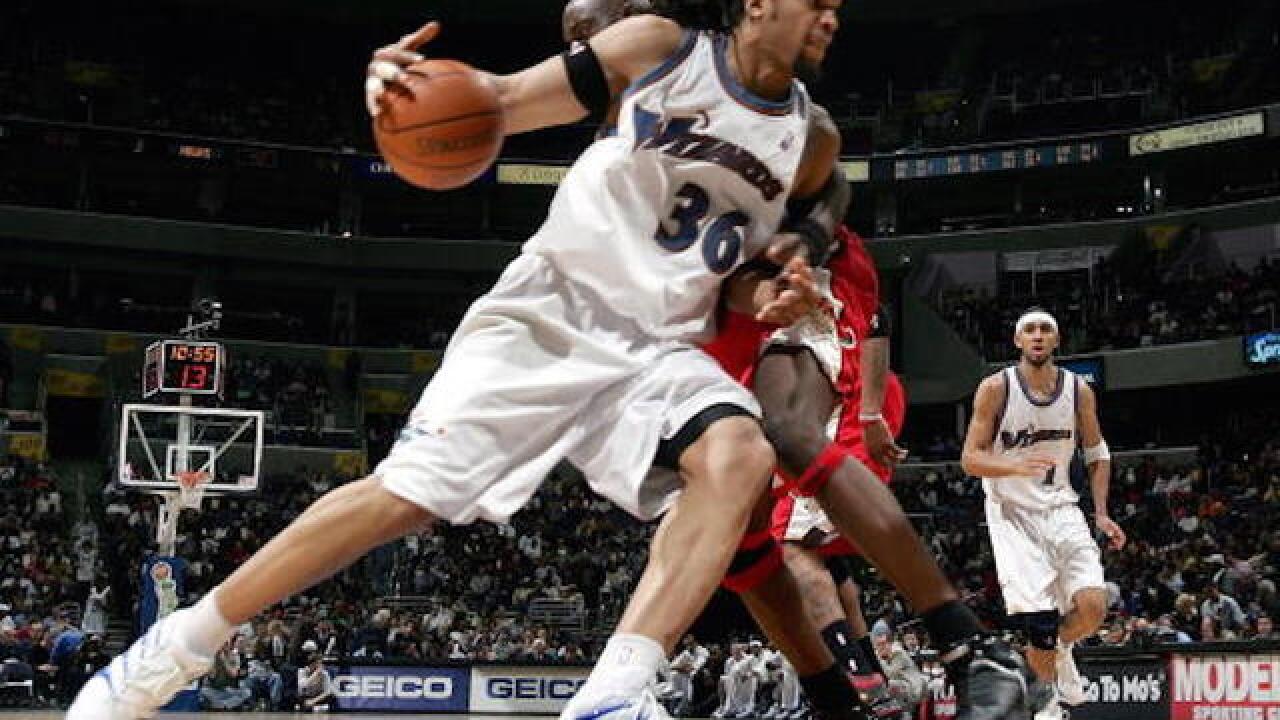 Doug Pensinger
<p>WASHINGTON - MARCH 30: Etan Thomas #36 of the Washington Wizards drives past Obinna Ekezie #54 of the Atlanta Hawks on March 30, 2005 at the MCI Center in Washington, DC. The Wizards defeated the Hawks 102-99. NOTE TO USER: User expressly acknowledges and agrees that, by downloading and/or using this Photograph, user is consenting to the terms and conditions of the Getty Images License Agreement. (Photo by Doug Pensinger/Getty Images)</p>

A former NBA players took to Facebook over the weekend to share his experience as a black man on a crowded train.

Etan Thomas, a former center with the Washington Wizards, Oklahoma City Thunder and Atlanta Hawks, was looking for a seat on a train on Friday when he asked a woman if he could slide into the open seat next to her. The woman (who was white) told Thomas (who is black) that the seat was taken.

Though Thomas was able to find another seat, the spot next to the woman apparently wasn’t taken after all.

“Now, less than 2 mins later a man (who happens to be white) asks if he can sit there and she says why sure let me move my stuff,” Thomas wrote on Facebook.

Thomas said he confronted the woman and asked why she lied to him about the seat being taken.

“ ... did you just not want ME to sit next to you ? Were you scared ? Not comfortable with a Black Man sitting next to you ? And she says lol smh don't pull the race card stuff with me I dated a Black guy in college,” Thomas wrote.

Thomas took a picture of the woman to accompany his Facebook post, which she took offense to. She alerted the train’s conductor, who recognized Thomas and said hello. After realizing who Thomas was, the woman dropped her complaint.

In addition to his basketball career, Thomas is also a poet, speaker and writer. He’s spoken at anti-war rallies and been active in politics.