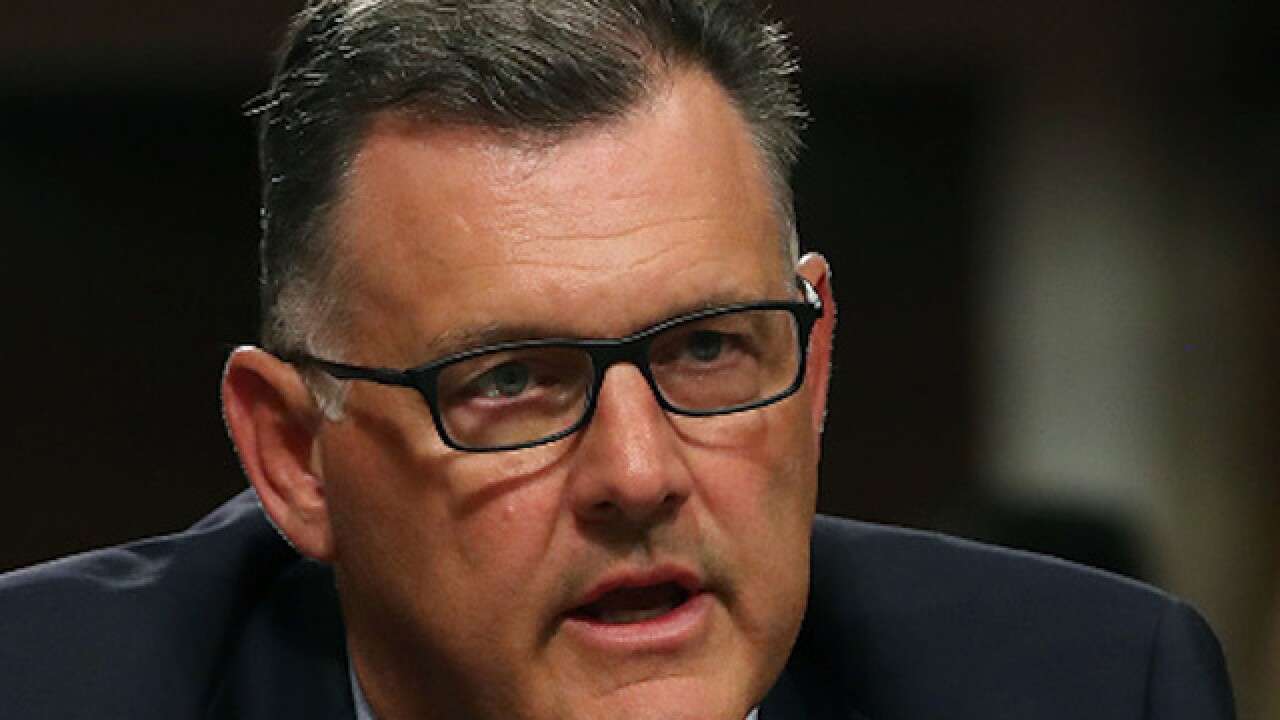 Image copyright 2018 Getty Images. All rights reserved. This material may not be published, broadcast, rewritten, or redistributed.
Mark Wilson
<p>WASHINGTON, DC - JUNE 05: Steve Penny, former president of USA Gymnastics, pleads the Fifth during a Senate Commerce, Science and Transportation Committee hearing, on June 5, 2018 in Washington, DC. The hearing focused on preventing abuse in Olympic and amateur athletics and ensuring a safe and secure environment for athletes. (Photo by Mark Wilson/Getty Images)</p>

The former head of USA Gymnastics exercised his Fifth Amendment right to avoid self-incrimination Tuesday, and declined to testify at a Senate hearing.

As Steve Penny, who resigned last year as the sport was embroiled in a sexual assault scandal, appeared before a subcommittee of the Senate Commerce Committee, he repeatedly refused to answer questions from the leading Republican and Democrat on the panel about Larry Nassar, the former Olympic gymnastic team physician who is now serving decades in prison, after a conviction for his years of abuse of hundreds of women and girls.

Penny, who was subpoenaed to testify at Tuesday's hearing, answered just one question, from Kansas Sen. Jerry Moran, in which he confirmed his employment dates.

He responded to roughly a half-dozen subsequent questions from Moran and Connecticut Sen. Richard Blumenthal, by reading a statement explaining that his attorney had advised him to invoke his Fifth Amendment rights.

"Don't you feel you have a responsibility to athletes who are here today and to others around the country, more than 260 of them, to be forthcoming," Blumenthal asked Penny at one point.

After Penny indicated that he would continue to decline to answer questions, Moran, the subcommittee's chairman, dismissed him. As he exited the hearing room through a rear door, a woman in the audience stood and yelled, "Shame!"

His attorney, Robert Bittman, released a statement after Penny departed the hearing.

"Mr. Penny has devoted his professional life to promoting the development of athletes at all levels in a safe and positive environment," Bittman wrote. "He is repulsed by Larry Nassar's crimes, and he feels nothing but compassion for the victims of those crimes. Today, on the advice of his attorney, Mr. Penny declined to testify before the subcommittee while the matters that attempt to wrongly shift blame for Nassar's crimes remain open."