Golfers play catchup at US Open 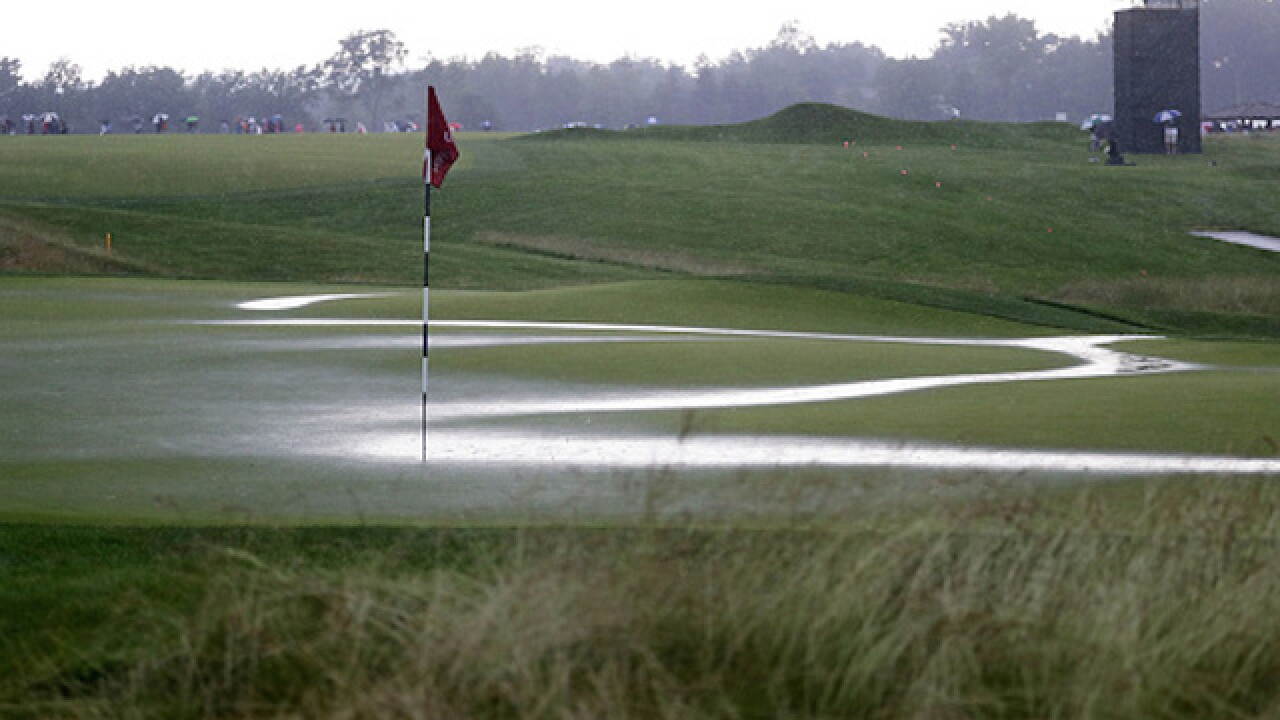 Copyright Getty Images
Sam Greenwood
<p>OAKMONT, PA - JUNE 16: A general view of the fifth green during a delay due to inclemement weather during the first round of the U.S. Open at Oakmont Country Club on June 16, 2016 in Oakmont, Pennsylvania. (Photo by Sam Greenwood/Getty Images)</p>

After much of play being rained out Thursday at the US Open, play resumed Friday under better conditions as players completed the first round of the tournament. As second-round play was suspended due to darkness Friday evening, Dustin Johnson and Andrew Landy remain at the top of the leaderboard.

Johnson shot 1 under in Friday's second round, only surrendering one bogey in the round. Landry is yet to tee off in the second round.

Behind Landry are Lee Westwood, who is at 3 under, Scott Piercy, Sergio Garcia and Shane Lowry who are at 2 under. Westwood is slated to begin his second round at 8:28 a.m. Saturday, and Lowry is slated to start at 8:50 a.m.

Scottie Scheffler, the only amateur above the slated cut line, is at 1 under, tied for seventh place. He is slated to start his second round at 7 a.m.

Landry, a PGA Tour rookie, is looking for his first top 25 finish. This week's US Open marks Landry first appearance in a major tournament.

"Being on top of the leaderboard is fine," Landry said. "It's just there's so much golf left, and there's people who can blow it up and say, you're doing great, yes, I am doing great, but there's 54 more holes left. Half the field hasn't even got off yet."

Landry is joined by Johnson, a season pro, at the top of the leaderboard. Johnson has nine Tour victories, but is looking for his first major championship.

Johnson said playing 36 holes in one day is not daunting.

"You know it's going to be a long day. Still do everything exactly how you would if you were just playing 18," Johnson said.

For golfers who didn't start their second round on Friday, they will need to be prepared to play 36 holes on Saturday.