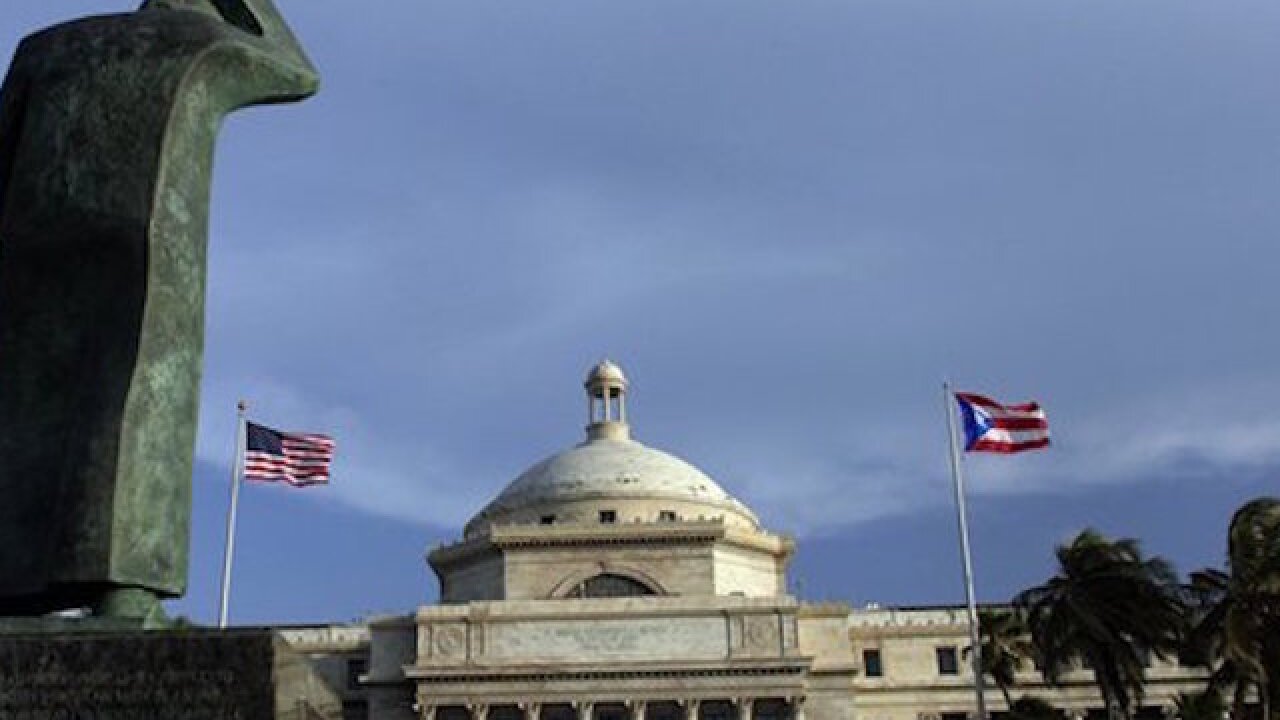 Ricardo Arduengo
<p>FILE - In this Wednesday, July 29, 2015, file photo, a bronze statue of San Juan Bautista stands in front of Puerto Ricoís Capitol as U.S. and Puerto Rican flags fly in San Juan, Puerto Rico. After months of pleading from the government of Puerto Rico, the U.S. Congress agreed on Wednesday, May 18, 2016, to help the territory restructure its massive public debt. (AP Photo/Ricardo Arduengo, File)</p>

WASHINGTON (AP) — The House has passed a rescue package to help ease Puerto Rico's financial crisis and bring relief to the U.S. territory of 3.5 million Americans.

The vote Thursday was 297 to 127. The measure now heads to the Senate with just three weeks until Puerto Rico has to make a $2 billion debt payment.

The legislation would create a financial control board and allow restructuring of some of Puerto Rico's $70 billion debt.

In a statement hours before the vote, the White House saysfailing to act could result in an "economic and humanitarian crisis."

Ryan says Puerto Ricans are "our fellow Americans" and the bill is the best solution.