How could Brexit affect us here in America? 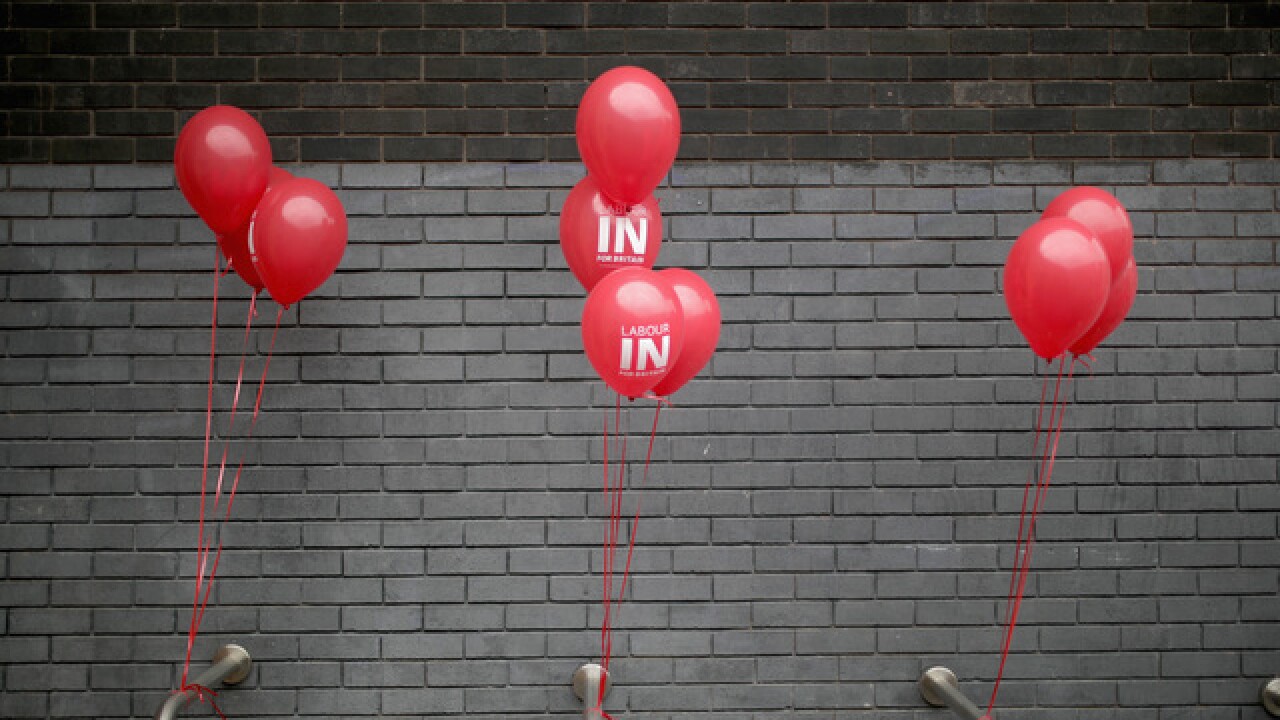 Christopher Furlong
MANCHESTER, ENGLAND - JUNE 10: Labour In campaign ballons are tied to railings as actor Eddie Izzard canvasses for the Labour In on June 10, 2016 in Manchester, England. Eddie Izzard joined Labour activitists to campaign on the streets of Hulme, Manchester, to canvass for votes and to persuade UK citizens to stay in the European Union when they vote in the EU Referendum on the June 23. (Photo by Christopher Furlong/Getty Images)

Britain on Friday made a historic vote to leave the European Union.
While we’ve watched the debate and voting process of "Brexit" unfold from here in the United States, it can be a bit fuzzy understanding how it all affects us from across the pond.
It can, however – in several aspects. Britain's leaving of the European Union could have an indirect effect on our mortgage, for example.
RELATED: Britain votes to leave the European Union
“A U.K. vote to exit the European Union could have significant economic repercussions,” Federal Reserve Chair Janet L. Yellen explained Tuesday, according to The Washington Post.
In the midst of fears surrounding Brexit coming to fruition, mortgage rates in America have plunged to the lowest level in three years.
This wasn’t a plan at the start of the year. In fact, the Fed in December raised its interest rate for the first time since the recession, signaling more hikes to follow this year.
But the Fed has not yet hiked rates, citing the risks surrounding Brexit as weakness in the global economy.
"Brexit has spawned the recent bout of volatility in global financial markets. That has anxious investors scurrying for safety -- and few assets are safer than U.S. Treasuries. High demand for government debt pulls down interest rates." the Post explains. "That all translates into ultra-low mortgage rates for American households. And if Britain votes for Brexit, they could go even lower."
Brexit could also affect your retirement, as many Americans have a direct tie between the stock market and their retirement plans.
Since many full-time workers participate in 401(k), Brexit now leaves them exposed to financial market turmoil.
While on Wall Street, the direct exposure to Britain isn’t huge, the fear is that Britain’s decision to leave – and the political and economic turmoil that follows – could send investors running and testing the stability of the global financial system.
On Friday, the day of the historic vote, the pound suffered one of its biggest one-day falls in history. It plummeted more than 10 percent in six hours, from about $1.50 to below $1.35, according to The Associated Press.
Copyright 2016 Scripps Media, Inc. All rights reserved. This material may not be published, broadcast, rewritten, or redistributed.