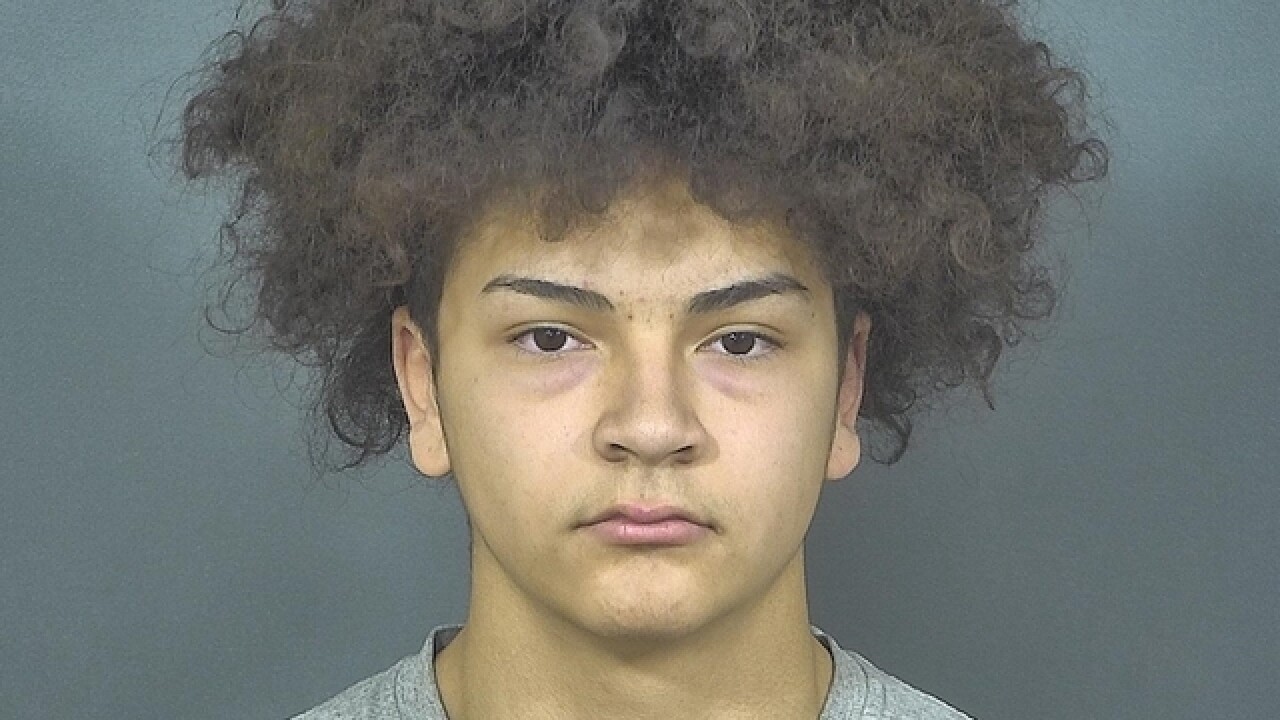 A 16-year-old Indiana high school football player confessed to fatally stabbing a pregnant schoolmate after she waited too long to tell him about the pregnancy to get an abortion, according to court papers.

Aaron Trejo, a member of the Mishawaka High School football team, was charged Monday with murder and feticide in the death of Breana Rouhselang on Saturday. The 17-year-old junior and cheerleader at the school east of South Bend was six months pregnant, her mother told police, according to an affidavit. An autopsy confirmed the pregnancy.

Trejo told authorities he was aware of Breana's pregnancy and that he was alleged to be the father, the affidavit said, but he said neither wanted to have the baby. He said the two fought about the child before he stabbed Breana in the heart with a knife on Saturday, according to the affidavit. He then put a black plastic bag over her, put her body in a dumpster, and threw her phone and the knife in a river, court papers said.

"I took action ... I took her life," he said, when asked by authorities what he did when he learned she had waited too long to get an abortion by the time she told him of the pregnancy, according to the affidavit.

Trejo told authorities "he had been planning and thinking about killing Breana and the baby for about a week and had not told anybody," according to the affidavit.

An autopsy revealed that Breana died from multiple stab wounds and was choked with her scarf, the affidavit said.

Trejo, who is being held without bond, is scheduled to be arraigned on Tuesday. CNN was unable to reach the Trejo family on Monday. It wasn't immediately clear if he had an attorney.

"Upon their arrival and a search of the area they found evidence of a possible violent crime," Arendt said.

Police later found her body in a dumpster behind a business, Arendt said. A black plastic bag had been placed over her head and upper torso, according to court papers.

Trejo initially told police he contacted Breana for the first time in months to see how she was coping with the pregnancy. She had agreed to meet him, but he told police she wasn't at home when he went there, according to the affidavit.

In his confession, he told authorities he decided to use a knife, which he brought from his home, "because he thought it would kill Breana quickly," according to court papers.

CNN affiliate WNDU reported that Breana had been a cheerleader and softball player at Mishawaka High School. WNDU said her body was found behind Pasquale Rulli's restaurant.

"Our condolences to the families involved in the tragedy that took place by our restaurant overnight. The Rulli family are upset that this took place in our neighborhood and are saddened for our Mishawaka city," read a statement from the restaurant on Facebook.

"Our thoughts and prayers are with the family members and friends who have been affected by this great loss. Our focus now is to offer all of the support possible to our staff and students," the school said.

The school, which was open Monday, said it would make grief counselors available to students.