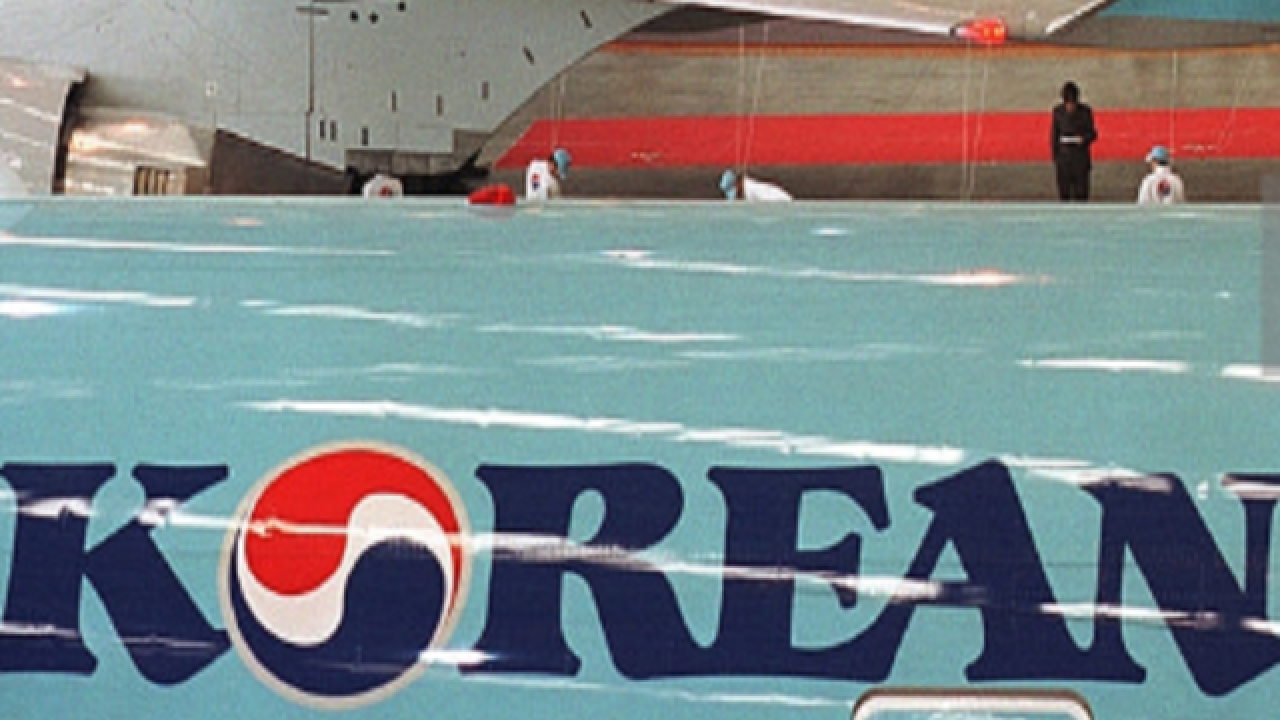 TOKYO (AP) — An engine fire broke out on a Korean Air jet about to take off from a Tokyo on Friday, and some people may have been injured, an airport official said.
Firefighters put out the blaze within the hour, and all passengers and crew were evacuated, but some people may have been injured, the official at Haneda Airport said.
Japanese television broadcast live images of at least two fire trucks blanketing the left-side engine and almost the entire side of the plane with what appeared to be white foam as smoke came out the back of the engine. A large crowd was gathered on a wide grassy area next to the runway and near the choppy waters of Tokyo Bay. Emergency chutes were deployed from the plane's doors.
All 302 passengers and 17 crewmembers were evacuated, but there were unconfirmed reports that two men and five women were injured, said Kyosuke Okada, a government official assigned to Haneda. Details were unknown, he said.
Flight 2708 was headed to Seoul. The runway the plane was using has been closed and all other flights have been temporarily halted, Okada said. He said the cause of the fire was still unknown.
Copyright 2016 The Associated Press. All rights reserved. This material may not be published, broadcast, rewritten or redistributed.