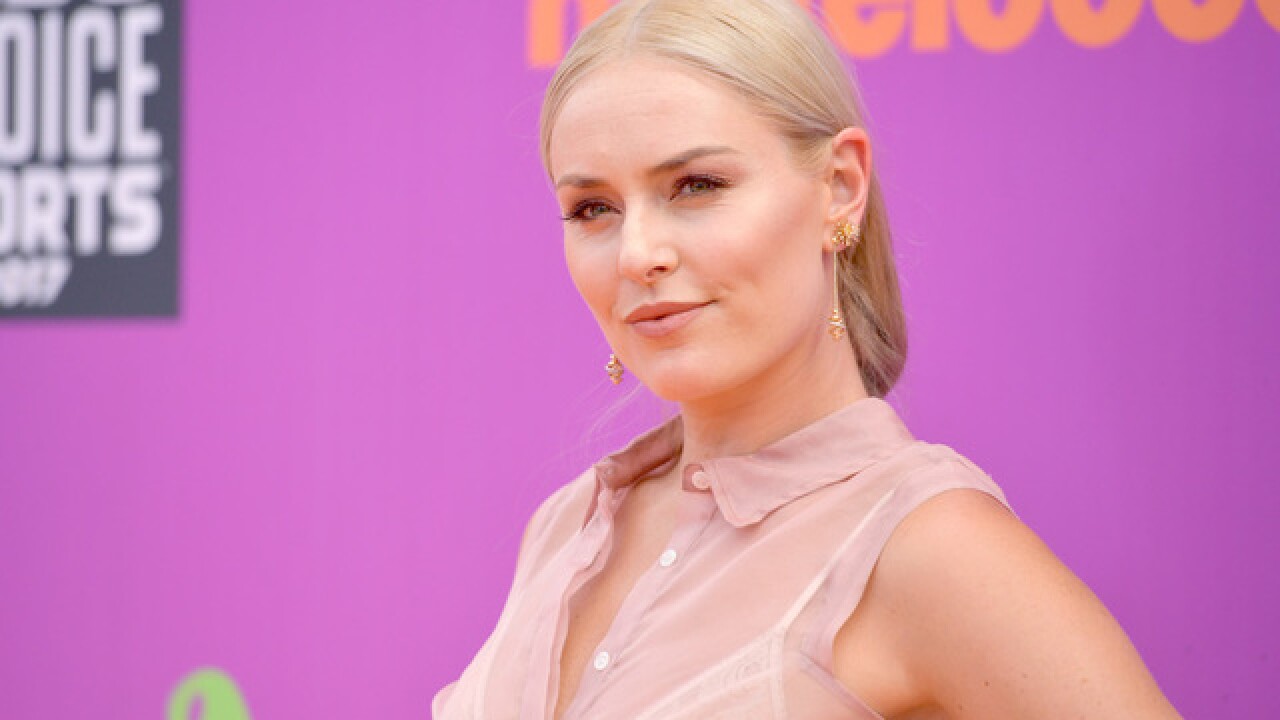 Lindsey Vonn has won it all, but America's most decorated skier is determined to end her career having fulfilled her ambition of racing against men -- even though the former Olympic champion admits she would only be "averagely competitive."

The 33-year-old, the most successful woman in World Cup history with 77 victories, is still hopeful that her sport's governing body, the International Ski Federation (FIS), will allow her to race in a men's World Cup downhill race next year.

Speaking to CNN's Alpine Edge ahead of the season opening World Cup race in Austria, Vonn said the world's most successful male skiers were supportive of her bid to compete against them in Lake Louise over the last weekend of November 2018.

However, neither Vonn or the world's best male skiers, such as former Olympic champions Axel Lund Svindal and Kjetil Jansrud, think she will be able to match the men on the slopes.

"I've had quite a bit of support from the men I've talked to, like Axel and Jansrud," said Vonn, who will compete in the women's giant slalom in Soelden on Saturday.

"The big names are behind me. They don't think I'm going to do very well, but they're still behind me."

But Vonn, who has had to overcome a number of serious injuries throughout her career, including the disappointment of missing the 2014 Sochi Olympics because of injury, was not prepared to give up.

"It's people who don't really understand my goals that are against it," added the 2010 Olympic champion.

"FIS are coming around to the idea, I've had more positive feedback than I've had in the past so I'm going to keep working on it and, hopefully, I can get it done."

Vonn said she was pursuing the idea of competing against her male counterparts because she wanted to test herself against the best in the world.

Though she admitted her main focus this season was February's Winter Olympics in South Korea, which she is prioritizing over her quest to break Ingemar Stenmark's all-time World Cup record, of which she is nine victories shy.

To compensate for the superior strength of male skiers, Vonn said she had chosen Lake Louise, a Canadian circuit where she has secured 14 of her record 38 World Cup downhill wins.

"The men are the highest level of our sport," said Vonn. "I've won a lot of races in my career and this is something that's a new challenge.

"I want to push myself and see where I stand against the best skiers in the world.

"Obviously, it's nothing against the women, I think that the level in women's ski racing is amazing but, at the same time, I've definitely reached a point in my career where I'm looking for something new, looking for a new challenge.

"It's nothing to do with media, or attention. I've plenty of stuff going on outside skiing. It's something that I personally want to do."

"I'm not going to lie and say I'm going to be really competitive," added Vonn.

"I think I'm going to be averagely competitive. The men are just so much stronger than we are.

"But the reason I chose Lake Louise as the venue to potentially race them is because, obviously, I've had success there in the past but it's more of a course that requires less strength so much as gliding and the ability to carry speed.

"The women have more finesse, and the men more strength, so hopefully this course can even things out a little bit."