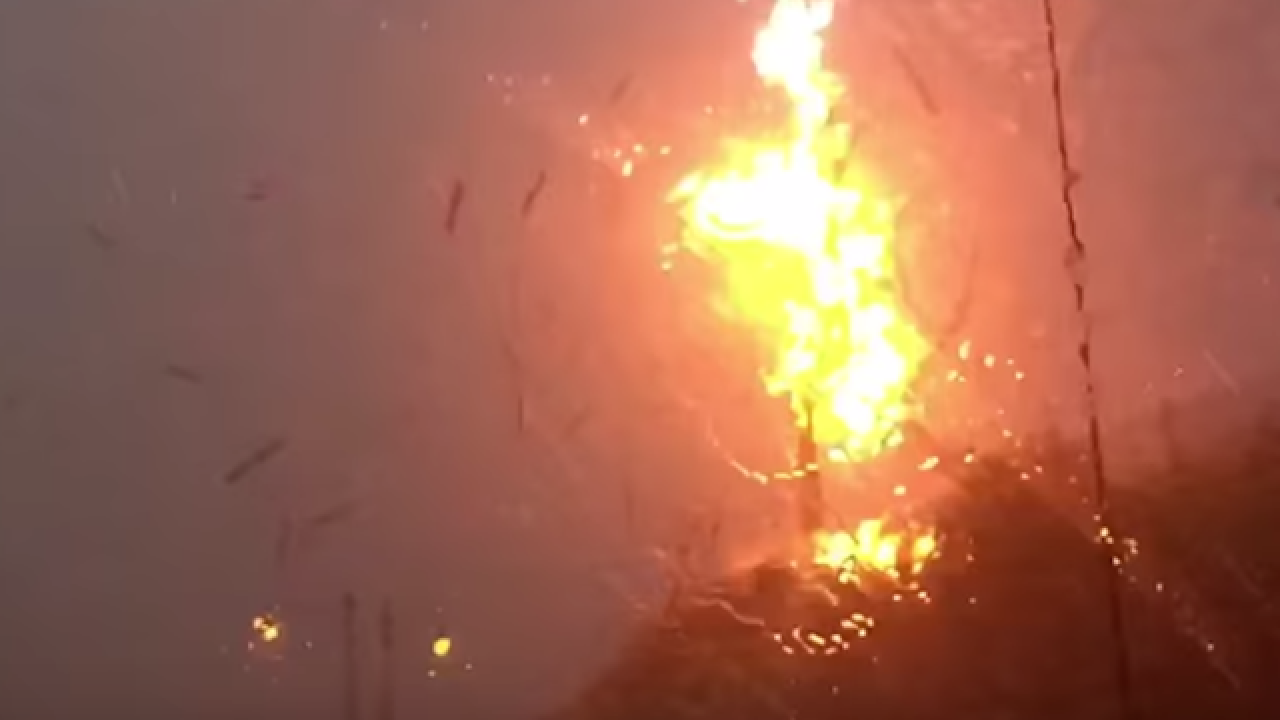 There’s no bigger downer than a thunderstorm in the summer. But while a rash of severe weather may have put a damper on many a vacation this week, it’s provided the country with some beautiful — and terrifying — videos.

On Sunday, as thunderstorms ravaged the Chicago area, one YouTube user caught lightning in a bottle when a bolt of lightning destroyed a telephone poll.

The video, posted by YouTube user Anja Englert, has been viewed more than 8,000 times on YouTube, and made the front page of Reddit by Monday evening.

According to Gothamist, it’s not all that uncommon for lightning to hit Manhattan’s second tallest building. They report that the landmark is hit at least 23 times a year.