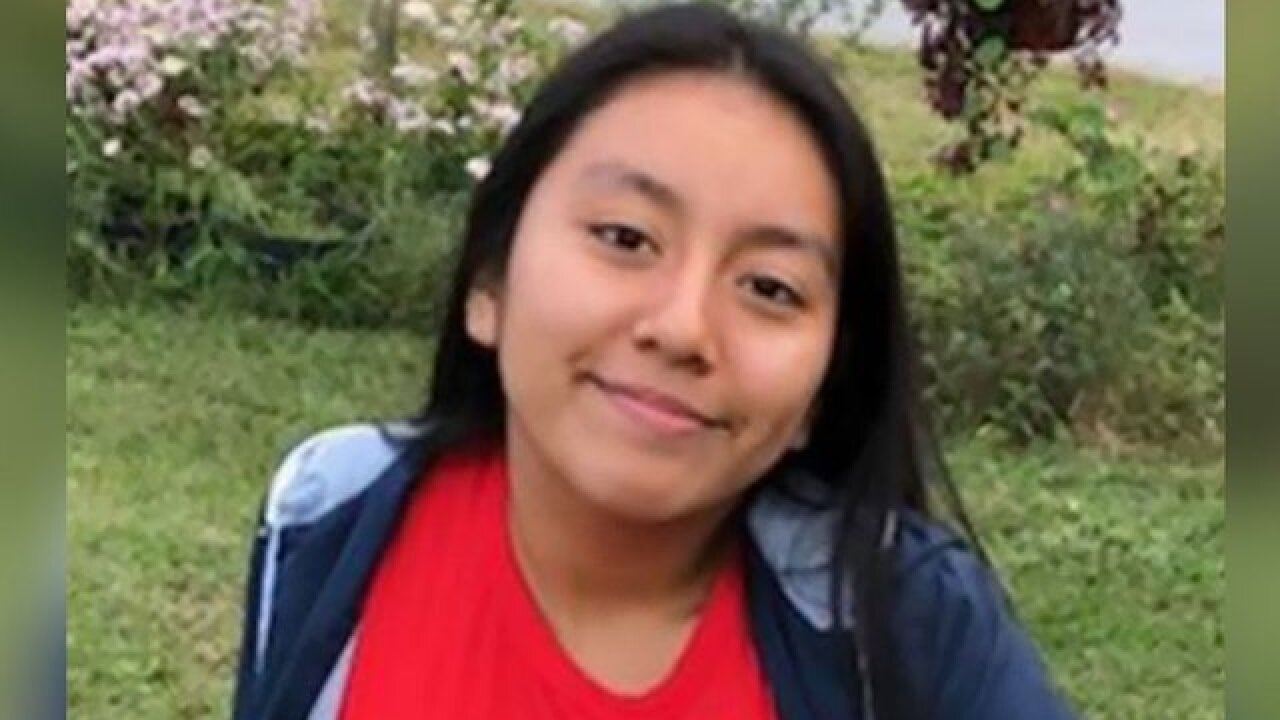 Hours after a man was charged in connection with Hania Aguilar's kidnapping and killing, the popular North Carolina teenager was remembered Saturday as a loving daughter and friend during a funeral service at her middle school's gymnasium.

Hundreds gathered around Hania's white casket at Lumberton Junior High School, where her mother, Celsa Maribel Hernandez, recalled the last time she held her hand. Moments later, as Christina Perri's "A Thousand Years" began to play, she remembered the many times they cried together while listening to Hania's favorite song.

A letter was read from the 13-year-old's father, Noé Aguilar, who was denied a temporary visa to travel from Guatemala for her funeral.

Suspect was in custody on unrelated charges

The emotional service occurred hours after a man in detention on unrelated charges was accused of killing Hania, who was abducted last month outside her home in southeastern North Carolina.

The eighth-grader was kidnapped from her driveway on November 5 in Lumberton, about 95 miles from Raleigh. The abductor forced her into a relative's idling SUV and drove off, prompting an Amber Alert.

Hania's body was found last week in water off a rural road in Robeson County, while the stolen SUV was abandoned less than 10 miles from the home, authorities said.

Michael Ray McLellan, 34, has been charged with 10 felonies, including first-degree murder and statutory rape of a person under age 15, Shelley Lynch, public information for the FBI's Charlotte office, said in a statement.

Already in custody on unrelated charges, McLellan went before a state magistrate at the Robeson County Detention Center early Saturday. He's being held there without bond.

McLellan's first court appearance is expected Monday morning. He was in custody for an attempted kidnapping in October -- a case for which he turned himself into police eight days after Aguilar was kidnapped, CNN affiliate WSOC reported.

At the funeral, school officials, classmates and friends celebrated Hania's life with song, poetry and letters

"When I look at all the outpouring of love and support for Hania every day, I am reminded that her life's journey is really about the people who she has touched," she said.

Classmates remembered Hania's perfect attendance in the fourth grade, and her interests in music, science and soccer. She dreamed of becoming an architect and liked to bakes cookies and pastries, they said.

"There aren't any magic words that will heal the hurt that our school community feels," Maultsby said.

Hania's father was not able to attend his daughter's funeral.

The US State Department denied a temporary visa for Noé Aguilar to travel from Guatemala to attend services for her, according to the father's attorney.

"I had hoped they would find it in their hearts to let me be there for my daughter's funeral," Aguilar told CNN in a brief phone interview Friday.

Immigration attorney Naimeh Salem said US Embassy officials in Guatemala denied the temporary visa on the grounds that Aguilar "didn't have enough ties to his home country, Guatemala."

"That is not true," she said. "He has family there and his own business."

'I don't know how I will deal with it'

Salem said her client had requested another visa interview but did not heard back from US Embassy officials in Guatemala.

"All visa applications are adjudicated on a case-by-case basis in accordance with the requirements of the Immigration and Nationality Act (INA) and other applicable laws," her statement said.

"The Department of State makes every effort to facilitate legitimate travel by international visitors. We are also fully committed to administering U.S. immigration law and ensuring the integrity and security of our country's borders."

Hania's grandfather and a maternal aunt received temporary visas to attend the funeral, according to the attorney.

Aguilar said he last saw his daughter in 2005. He said they spoke on the phone and her mother talked to him about their daughter and sent photos. Salem said Aguilar had lived in United States and moved back to Guatemala when Hania was an infant.

Aguilar said he's not sure what he will do Saturday at the time of the funeral.

"Maybe I'll get lost somewhere," he said. "I don't know how I will deal with it. I'll either stay home or take a long walk alone."