Migrants demand entry or $50,000 during march to US Consulate in Tijuana 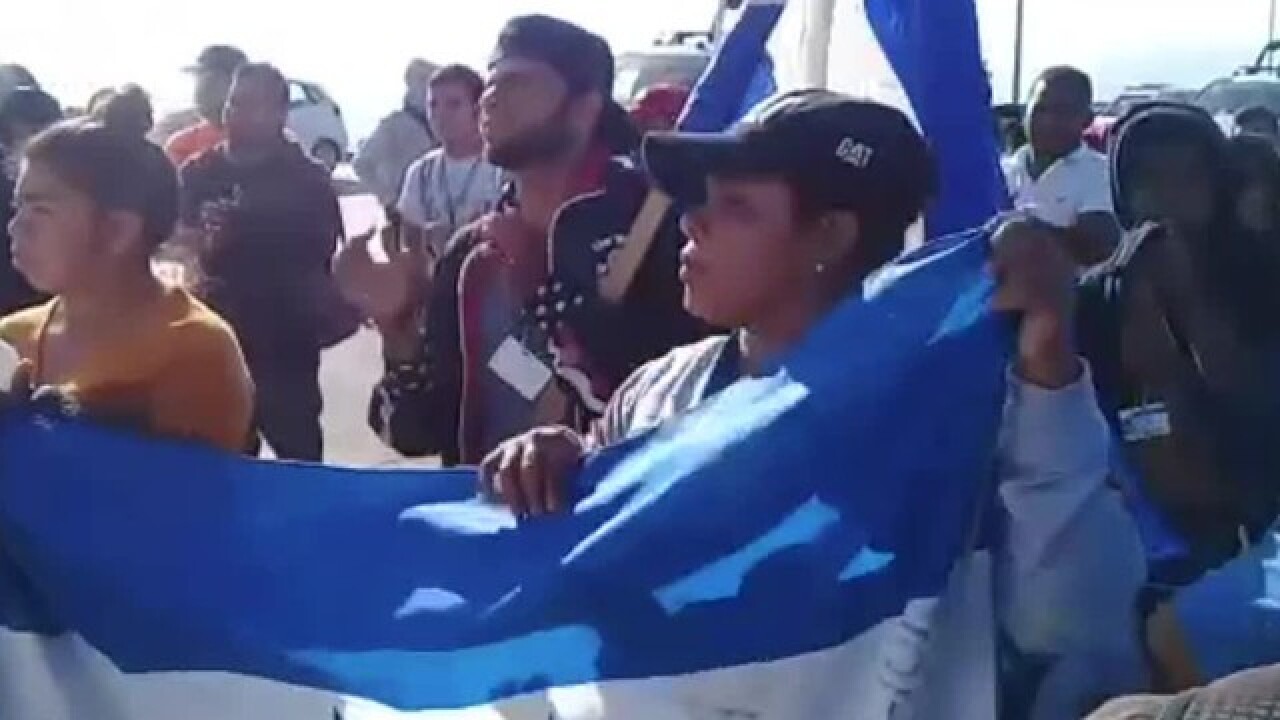 More members of the migrant caravan walked through the streets of Tijuana Tuesday morning, this time heading to the U.S. Consulate instead of the border.

The group reached their destination at around 11 a.m. after a nearly two-hour trek. The migrants, who had police escorts, made it clear their intentions were peaceful.

The group members held various banners as they marched, including one that read: “You got it wrong, Trump. We asked for jobs and you responded with weapons. That is not polite. If asking for work is troublesome, then I am totally confused. La Caravana.”

A source said the migrants dropped off a petition asking the consulate to allow everyone in the caravan entry into the U.S. The migrants requested a response within 72 hours.

Additionally, the migrants said they want the U.S. government to provide $50,000 for their trips back to their respective home countries if they aren't allowed asylum in the United States.

After delivering the petition, the migrants returned to their shelters.

It is unknown what the migrants plan to do if they do not receive a response within 72 hours.

The migrants’ journey to the U.S. Consulate came as President Trump reinforced his desire to build a wall at the U.S.-Mexico border.

The president, during a Tuesday meeting in the Oval Office with Democratic leaders Nancy Pelosi and Chuck Schumer, said he was not afraid to shut down the federal governmentif $5 billion in funding for border security was not approved.

During the meeting, Trump reiterated the importance of securing the border, even suggesting an idea to have the military build the wall.

An agreement must be made before the Dec. 21 deadline to avoid a government shutdown.