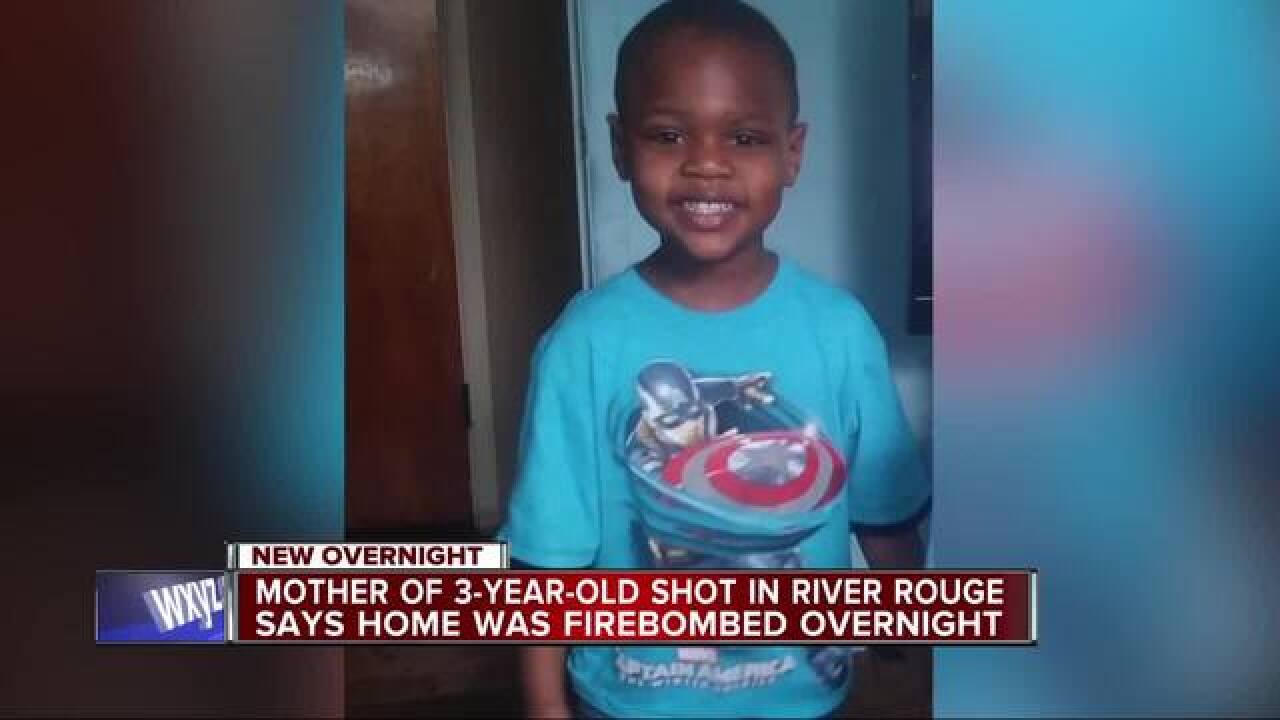 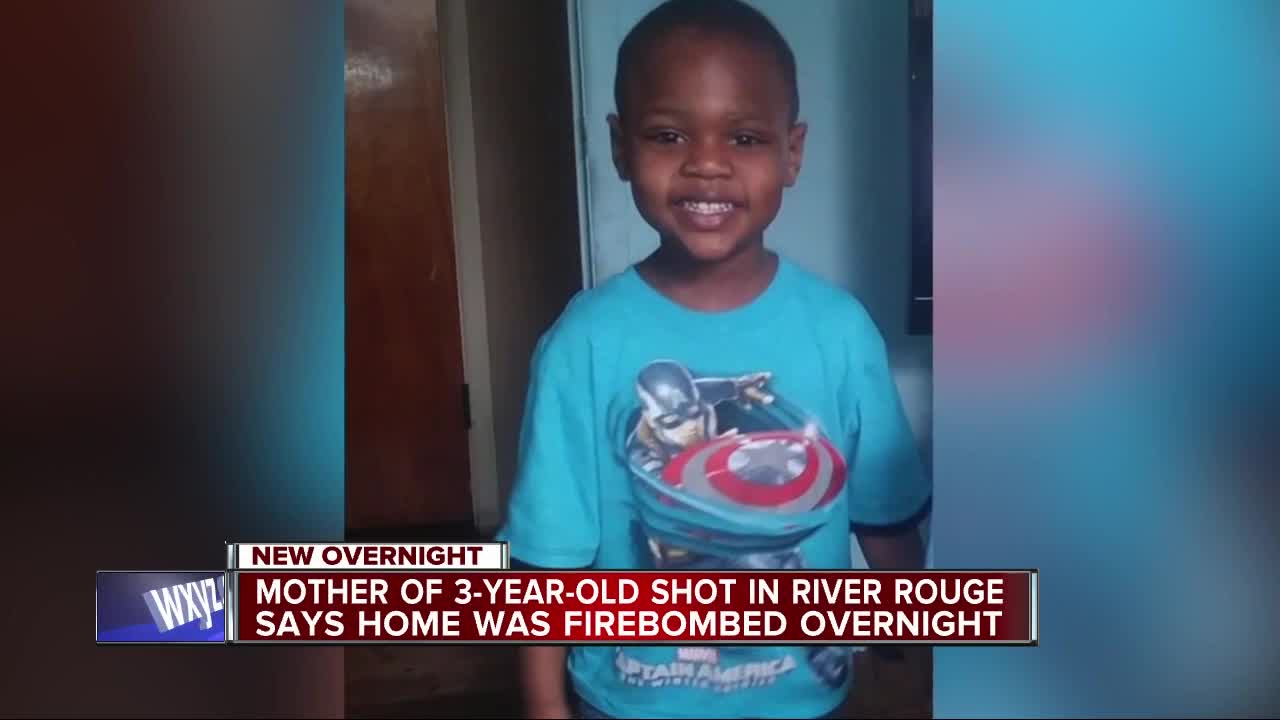 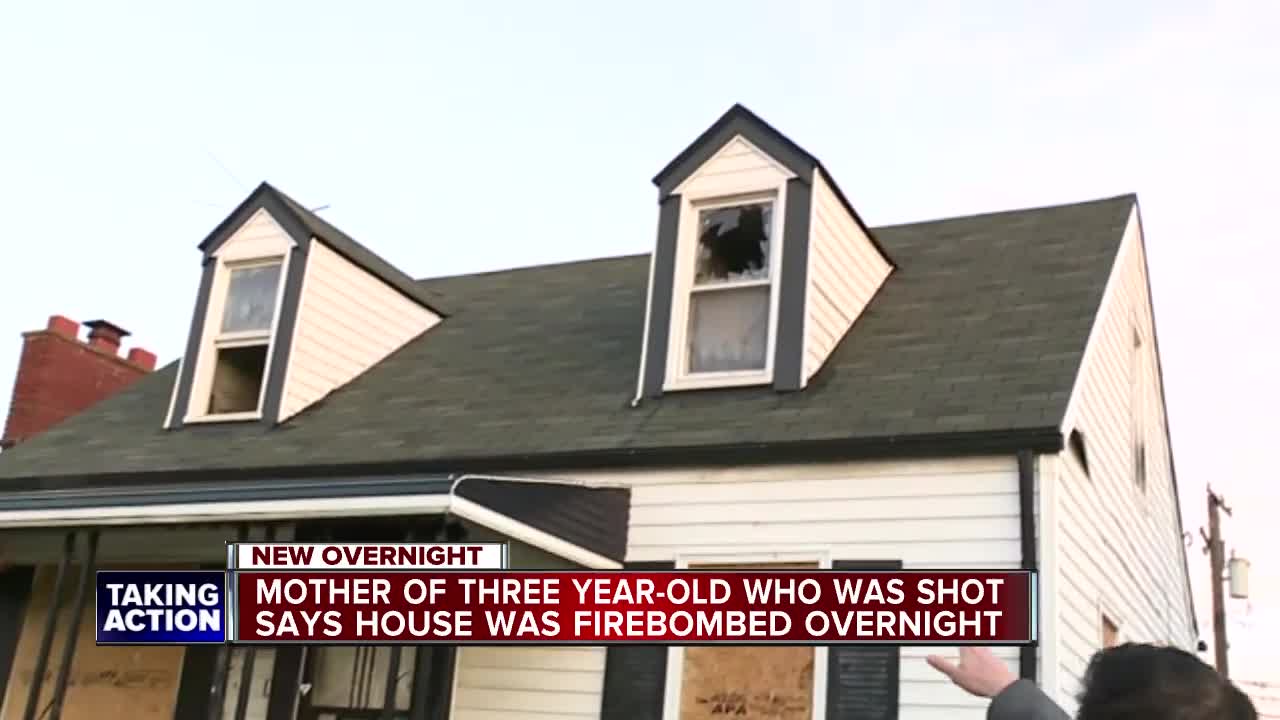 RIVER ROUGE, Michigan —The mother of a 3-year-old boy who was shot in a drive-by in River Rouge, Michigan on Sunday said her home was set on fire early Monday morning.

Police say 3-year-old Jamar Lee Quinn Jr. was shot around 2:45 a.m. local time on Sunday when a bullet came from behind the house where he resides.

Jamar was hit in the head while sleeping and was taken to the hospital. He's listed in critical condition in the intensive care unit. Danielle said he is unresponsive and on a ventilator.

This is not the first time the home has been hit by bullets. The front window was shattered by bullets earlier this month in another drive-by shooting.

The incident is under investigation, and few details have been released.