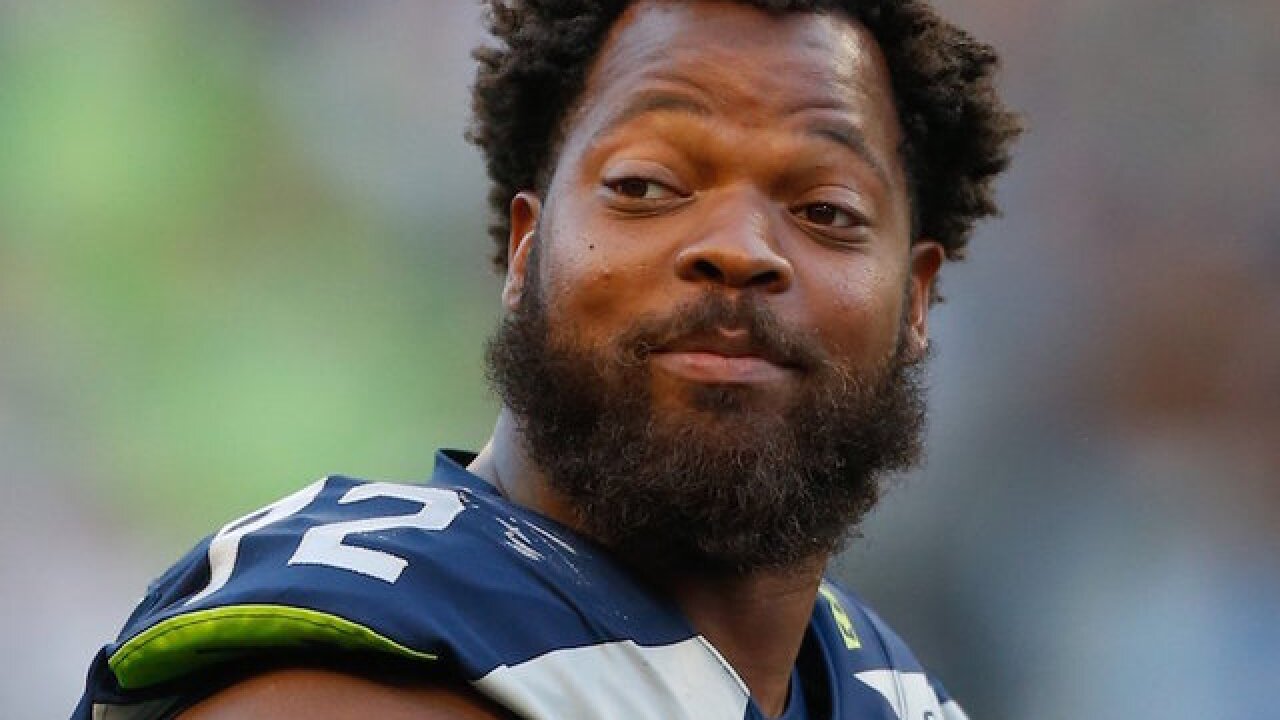 NFL defensive end Michael Bennett was indicted Friday in Houston on a charge of injury to the elderly in connection with an incident that occurred when he was a spectator at the 2017 Super Bowl, authorities said.

The Harris County district attorney's office said Bennett rushed the field when the game ended to congratulate his brother Martellus Bennett, who played for the winning New England Patriots.

Bennett was told to use a different field entrance, but he pushed through the security detail, which included a 66-year-old paraplegic woman in a wheelchair, Houston Police Chief Art Acevedo said at a news conference.

The woman suffered a sprained shoulder in the Feb. 5, 2017, incident, Acevedo said.

"It's offensive to me that a man who's supposed to be an example, a professional athlete, thinks its OK to act like this," Acevedo said.

Bennett's legal team does not have a comment at this time, Frank Perez, a member of the team, said Friday night. CNN reached out to Bennett for comment through his representative Doug Hendrickson but has not heard back.

Harris County said the felony charge carries a penalty of up to 10 years in prison and a $10,000 fine.

Bennett was one of the most vocal NFL players in protesting the national anthem before games.

He appeared on CNN and said he didn't understand why President Donald Trump would "stoop so low" as to say that NFL owners should fire players who protest.

Bennett, 32, played with the Seattle Seahawks for five seasons and just signed a contract with the Philadelphia Eagles. He played high school football in Houston and college ball at Texas A&M University.

Acevedo said Bennett's lawyer has been notified. The chief said Bennett has not been arrested yet but should turn himself into police as soon as possible.

When asked why it took more than a year to file charges against Bennett, Acevedo said police had to prioritize more serious crimes. Also, Hurricane Harvey hit Houston in August, he noted.

Acevedo said an officer at the game witnessed Bennett pushing the woman but decided to check on the elderly woman rather than immediately arrest Bennett, whom he recognized.

"We knew who the suspect was," Acevedo said. "We knew what he had done and we knew where to find him."

The Philadelphia Eagles said in a statement Friday: "We are aware of the situation involving Michael Bennett and are in the process of gathering more information. Because this is an ongoing legal matter, we will have no further comment at this time."

Last September, Bennett complained that police in Las Vegas unfairly singled him out, threatened him with a gun and detained him briefly after he attended a prizefight between Floyd Mayweather Jr. and Conor McGregor.

Las Vegas authorities said officers were responding to a call of battery and assault with a gun that had turned into an active shooter situation and thought that Bennett might be involved. No charges were filed.