Orlando gunman raged against 'filthy ways of the west' 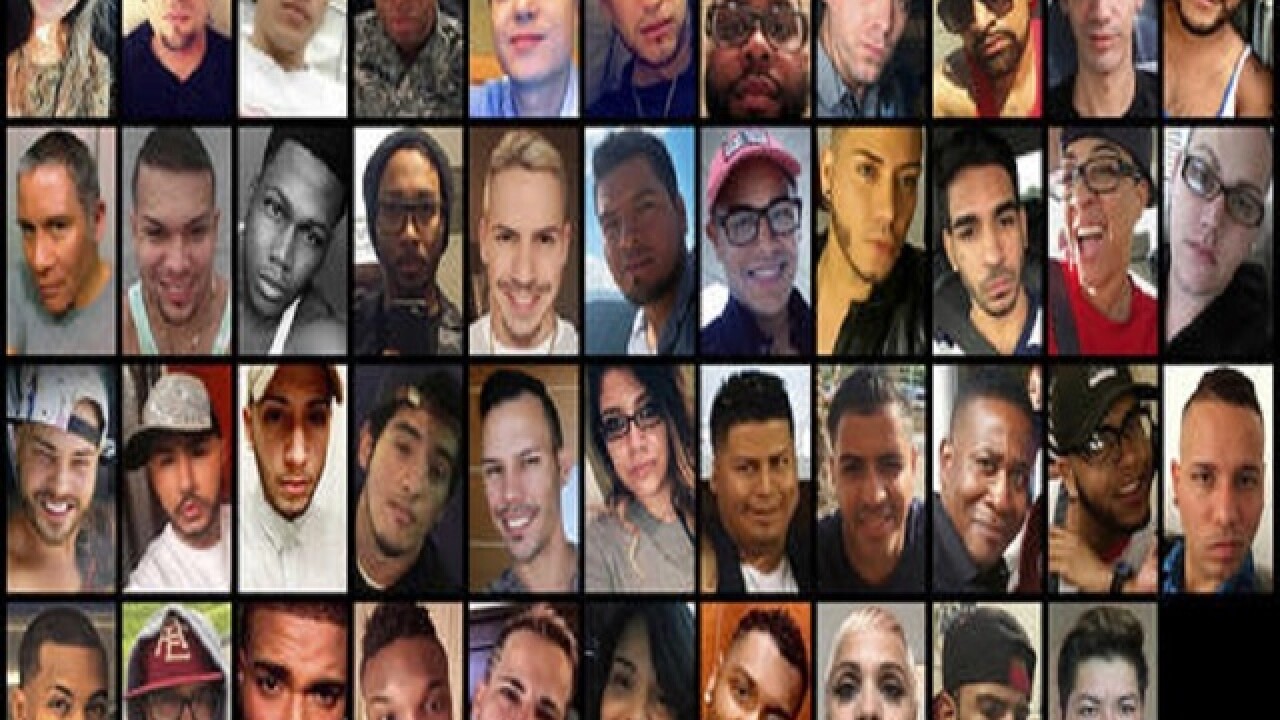 ORLANDO, Fla. (AP) — Orlando gunman Omar Mateen apparently made a series of Facebook posts and searches before and during his attack on a gay nightclub, raging against the "filthy ways of the west" and blaming the U.S. for the deaths of "innocent women and children," according to a Senate committee letter released Wednesday.
The killer whose rampage left 49 people dead also searched for "Pulse Orlando" and "Shooting" online on the morning of the carnage Sunday and said on Facebook: "America and Russia stop bombing the Islamic state," according to the letter.
The Senate Homeland Security Committee sent the letter to Facebook CEO Mark Zuckerberg, asking the company to produce information on Mateen's online activity and to provide a briefing to the panel.
The letter illuminating Mateen's state of mind in the final hours of his life was released as the long, sad procession of memorials and funerals for the victims began in Orlando and as the FBI appealed for the public's help in reconstructing the killer's movements. The FBI is also trying to establish how much Mateen's wife may have known about the attack at Pulse dance club.
"We need your help in developing the most complete picture of what he did and why he did it," FBI agent Ron Hopper said at a news conference.
Mateen posted on Facebook moments before the attack began, said a source familiar with the situation who is not authorized to speak publicly.
In its letter, the committee said staffers have learned that five Facebook accounts were associated with the 29-year-old American-born Muslim.
"The real muslims will never accept the filthy ways of the west," Mateen wrote, according to the letter from committee chairman Sen. Ron Johnson, a Wisconsin Republican. Johnson did not say how he learned of the posts other than to cite "information obtained by my staff."
As he did in his call to a 911 operator during the massacre, Mateen pledged his allegiance on Facebook to the leader of the Islamic State and, in his final post, warned: "in the next few days you will see attacks from the Islamic state in the usa."
Despite his professed loyalty to the extremist group, the Obama administration has said it has seen no evidence that the shooting rampage was directed by the Islamic State.
A spokesman for the FBI did not immediately return a call for comment Wednesday evening, and Facebook had no immediate comment.
The three-hour rampage began at 2 a.m. Sunday and ended with Mateen being killed by a police SWAT team. The FBI said it is still gathering evidence at the Pulse and analyzing cellphone location data to piece together Mateen's activities leading up to the massacre, while also interviewing people who had any dealings with him.
On Saturday night, hours before the rampage, Mateen visited Disney Springs, an outdoor restaurant, retail and entertainment complex at Walt Disney World, an official who was briefed on the case but insisted on anonymity to discuss the continuing investigation told The Associated Press.
The official said it is not clear what Mateen was up to.
Meanwhile, drag queens and motorcyclists turned out to pay their respects at an evening visitation at a funeral parlor for Javier Jorge-Reyes, a 40-year-old salesman and makeup artist.
Members of the SWAT team underwent a stress-management debriefing Wednesday, as hundreds of others involved in the response to the shooting have done, Orlando Police Chief John Mina said. Further counseling is being made available.
"These are some of the bravest toughest men I know," Mina said. "No one can prepare you for what those officers encountered that night. They stood toe-to-toe and went face-to-face with a mass murderer, and I'm extremely proud of that."
A key topic for investigators is how much Mateen's Palestinian-American wife may have known about the plot.
An official who was briefed on the case but insisted on anonymity to discuss a continuing investigation said authorities believe 30-year-old U.S.-born Noor Salman knew ahead of time about the attack.
Investigators have spoken extensively with her and are working to establish whether she recently accompanied Mateen to the club, said a second official who was not authorized to discuss the case publicly.
U.S. Attorney Lee Bentley repeatedly refused to say whether charges might be brought against the wife or anyone else. He said authorities are talking to hundreds of people and investigating everyone associated with Mateen, including family, friends and business associates.
Salman has been in seclusion for days.
In other developments:
— Florida documents obtained by the AP under open-records laws show that Mateen passed a psychological evaluation in 2007 as part of his application to be a security guard. The records say he took a written psychological test or was evaluated by a psychologist or psychiatrist.
— Orlando TV producer Matt Gentili of CFN 13 said Mateen called during his standoff to say he was doing it for the Islamic State. The station's managing editor traced the call back to a number associated with Mateen, according to NY 1 News, CFN 13's sister operation in New York. The FBI's Hopper declined to comment on calls Mateen made during the rampage.
— A newly unearthed clip from a film documentary about the 2010 BP oil spill in the Gulf of Mexico shows Mateen — then working security for the cleanup — talking cynically about people making money off disasters.
The excerpt from 2012's "The Big Fix" shows Mateen telling a woman that everyone is "hoping for more oil to come out and more people to complain so they'll have the jobs." Security firm G4S confirmed that it's Mateen, saying he was stationed in Pensacola in 2010 to assist with cleanup.
Copyright 2016 The Associated Press. All rights reserved. This material may not be published, broadcast, rewritten or redistributed.