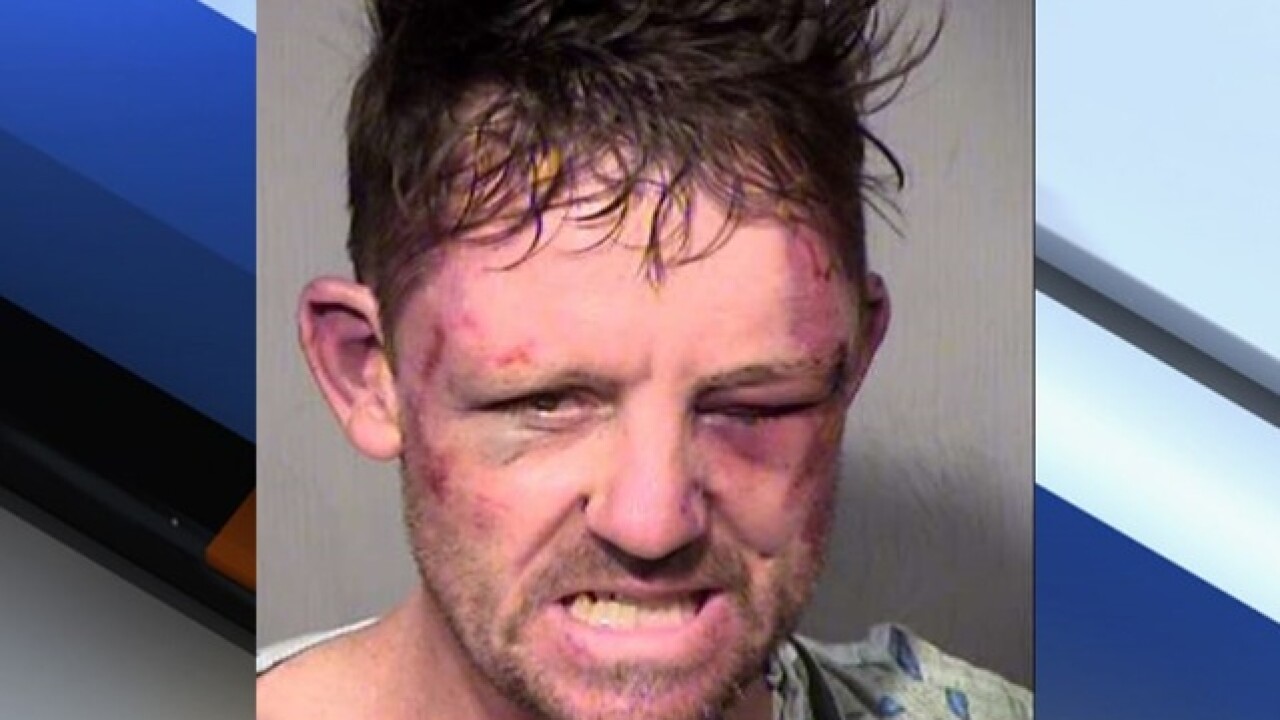 A man on a motorcycle is accused of robbing a Mesa, Arizona drive-thru, then riding the wrong way through traffic to escape from police.

A Mesa police officer located Hendrickson near Higley Road and Main Street, where he reportedly was seen riding westbound in the eastbound lanes of traffic.

Hendrickson abandoned his motorcycle near 52nd Street and Greenway Road, where he was found by a nearby homeowner, hiding in his closet.

Hendrickson fled the home, leaving behind his helmet and gun, and taking the resident’s hat and shirt.

He was later located by another homeowner, hiding in his trash can.

He has been charged with armed robbery.