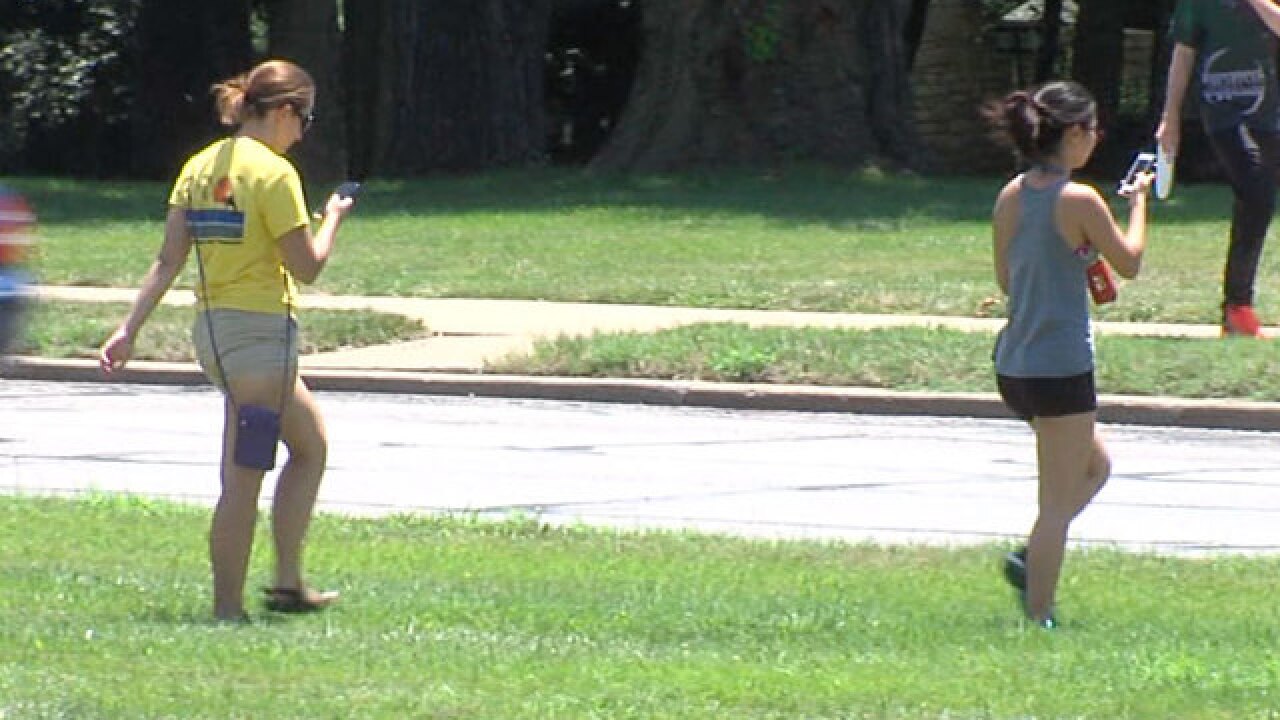 By: Mina Abgoon, Brian Abel, Lexi Sutter
Posted at 6:24 PM, Jul 11, 2016
With the popular new Pokemon Go app about ready to surpass Twitter in daily active users, some players are catching more than just Pokemon.
In Missouri, users are catching themselves in dangerous situations, with armed robbers using the app to lure in victims, The Verge reports.
Sgt. Bill Stringer of the O’Fallon Police Department told publication Motherboard that the culprits have been able to rob 11 players – all between the ages of 16 and 18 – at gunpoint.
This is how Pokemon Go works: After creating and customizing a digital avatar, users enter the Pokemon Go map, which is essentially a brightly-animated version of Google Maps, iMore explains. On the map are unmarked roads and local landmarks (disguised as Pokestops), as well as rustling grass to mark Pokemon in the area. As users move around, their avatars move simultaneously, allowing them to "catch" Pokemon in the very world we live in.
WATCH: 41 Action News Reporter Brian Abel gives a brief walkthrough on the app in the video below.
And so, taking advantage of the nature of the game, robbers have been achieving their crime by setting up a beacon at a Pokestop within the game.
Meanwhile, Pokemon Go has been temporarily suspended in some countries, like Britain and the Netherlands, due to overloaded servers.
The game has been downloaded more than 7.5 million times and has a $1.6 million daily revenue in the U.S., according to Forbes.
Pokemon Go overtakes Kansas City

Gamers all over Kansas City are playing the hottest app on the market: Pokémon Go.

“It’s just cool because it’s like the same game I played as a kid,” said Nile Kroner. “It’s like real life and a video game.”

“We can get out and do stuff and not stay inside and watch Netflix like every other teenager,” said Teah Poyner. “It’s nice to get out.”

Poyner and every other player we talked to admitted seeing some inherent risk that come with playing the game.

“Making sure you’re not falling or hitting somebody or fall into someone’s car,” said Poyner.

Distracted playing is just one of many risks that have popped up since the app’s Wednesday launch.

Capturing Pokemons while driving is not allowed, the meowth can wait. Focus on the road! #PokemonGO

The excitement seems to be outweighing the concerns in the Kansas City metro, for now.

“It comes down to user responsibility. Everyone needs to be responsible for themselves,” said Pokemon Go gamer Sam Sudekum.

Our surveillance video cameras at 41 Action News caught one Pokemon Go player wandering around the front lawn, staring at his phone.

KC resident Lynn Adkins lives in the Rockhill neighborhood. Two of the PokeStops are on his property. One is a bronze piece in his side yard and the other is a sculpture created by his wife.

"I couldn't figure out what was going on, but I thought, ‘What's going on?’" Adkins said. “I've seen people stop out here which isn't real unusual, but it looked like they were fiddling with their computers.”