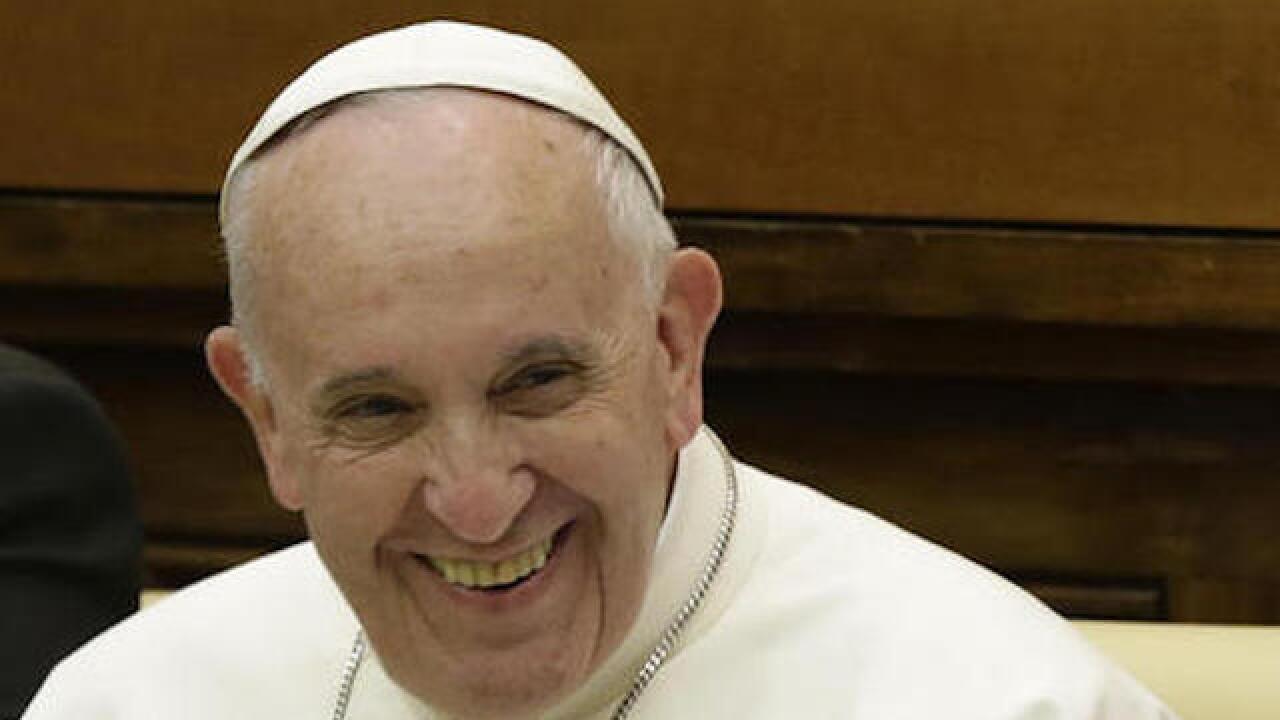 Copyright Associated Press
Gregorio Borgia
<p>Pope Francis smiles as he arrives to attend a two-day summit of judges and magistrates at the Vatican against human trafficking and organized crime.at the Vatican, Friday, June 3, 2016. (AP Photo/Gregorio Borgia)</p>

VATICAN CITY (AP) — Pope Francis on Saturday scrapped his proposed tribunal to prosecute bishops who covered up for pedophile priests and instead laid out legal procedures to remove them if the Vatican finds they were negligent.

The new procedures sought to answer long-standing demands by survivors of abuse that the Vatican hold bishops accountable for botching abuse cases. Victims have long accused bishops of covering up for pedophiles, moving rapists from parish to parish rather than reporting them to police — and suffering no consequences.

But the new law was immediately criticized by survivors of abuse as essentially window dressing since there were already ways to investigate and dismiss bishops for wrongdoing — they were just rarely used against bishops who failed to protect their flocks from pedophiles.

In the law, Francis acknowledged that the church's canonical code already allowed for a bishop to be removed for "grave reasons." But he said he wanted to precisely state that negligence in handling abuse cases counted as one of those reasons.

The statute, though, makes no mention of a proposal approved by Francis last year to establish an accountability tribunal section inside the Congregation for the Doctrine of the Faith to judge bishops accused of "abuse of office." Francis' sex abuse advisory board had recommended that the Congregation prosecute negligent bishops because it already oversees actual sex abuse cases against clergy.

Francis and his nine cardinal advisers approved the proposal to great fanfare last June, pledging to provide the tribunal section with adequate staffing and resources. As recently as March, Francis' chief adviser on sex abuse, Cardinal Sean O'Malley, said he was confident the proposal would go through and that a new secretary would be named for the congregation to run it.

But the tribunal posed a host of legal and bureaucratic issues and ran into opposition from bishops and the Vatican bureaucracy.

In the end, Francis appears to have backed off and instead reminded the four Vatican offices that already handle bishop issues that they were also responsible for investigating and punishing negligence cases. The new law makes clear that a negligent act or omission on handling an abuse allegation was grounds for dismissal.

"There is nothing breaking here: The congregations could already do that," said Kurt Martens, professor of canon law at The Catholic University of America.

He said what is significant about the new law is that it makes no mention of the proposal for the tribunal, which would have treated negligence as a crime and prosecuted it as such.

"Does that mean the tribunal isn't going to come because there was too much opposition?" he asked.

Marie Collins, an abuse survivor who is a member of Francis' abuse advisory board, said it was "depressing" that the tribunal proposal had stalled. But she said the new procedures emphasizing negligence show that bishop accountability "has not been allowed to disappear into the sand."

"As a survivor, I am hoping the congregations involved will implement these new procedures as speedily as possible, as the success or failure of any initiative can only be judged on visible results," she said in an email to The Associated Press.

O'Malley, who heads Francis' abuse advisory commission, did not refer to the tribunal in a statement late Saturday. He said the new law was "clearly an important and positive step forward" in that it establishes "a clear and transparent means for ensuring greater accountability."

In an explanatory note, the Vatican spokesman, the Rev. Federico Lombardi, said the Congregation for the Doctrine of the Faith wasn't involved in the new procedures because negligence isn't a crime for which it has competence.

In the law, Francis said a bishop can be removed if his actions or omissions cause "grave harm" — physical, moral, spiritual or financial — to individuals or communities. The bishop himself doesn't need to be morally guilty. It's enough if he is purely lacking in the diligence required of his office.

The procedures call for the Vatican to start an investigation when "serious evidence" is provided that a bishop was negligent. The bishop can defend himself. At the end of the investigation, the Vatican can prepare a decree removing the bishop or ask him to resign.

Canon lawyers, though, say said such arm-twisting resignations do little to "repair scandal and restore justice," which the church's legal system is supposed to accomplish.

Any decision to remove the bishop must first be approved by the pope, who will be advised by a college of legal experts, the law says.