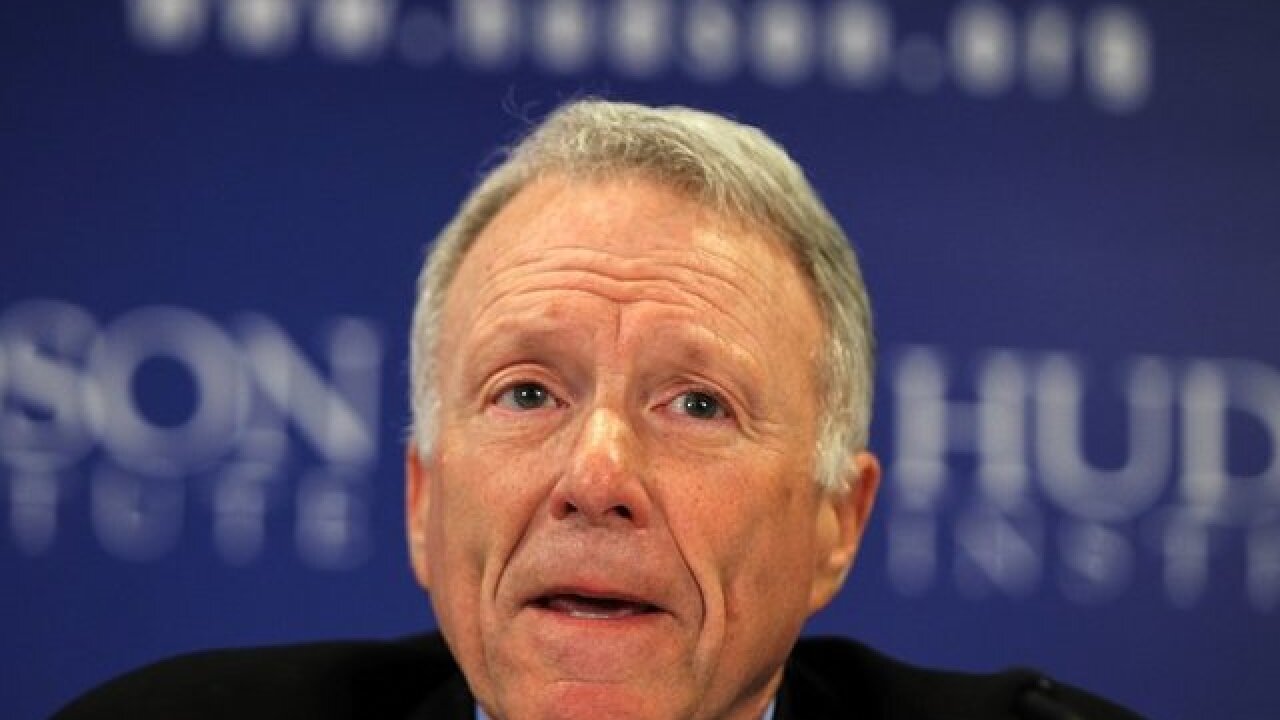 President Donald Trump granted a pardon on Friday to Scooter Libby, the chief of staff to then-Vice President Dick Cheney who was convicted of perjury in 2007.

The move to pardon Libby -- who became embroiled in a special counsel investigation involving then-Deputy Attorney General James Comey -- comes at a resonant moment. Trump himself is wrapped up in a special counsel investigation that he's decried as a "witch hunt," and is fuming about a book Comey has written detailing his interactions with Trump when he was serving as FBI director.

In a statement, Trump conceded he has no personal relationship with Libby, whose case has been held up by conservatives as an example of a special counsel overstepping his bounds.

"I don't know Mr. Libby," Trump said in a statement released by the White House. "But for years I have heard that he has been treated unfairly. Hopefully, this full pardon will help rectify a very sad portion of his life."

Libby's attorney, Bill Jeffress, told CNN on Friday afternoon that the former vice president's chief of staff's pardon was "well-deserved and overdue." The White House had not been in contact with Libby's primary trial lawyer, who learned about the potential pardon Thursday night from media reports. He then emailed Libby, whose reaction was not to celebrate to soon, Jeffress said.

"I had no reason until I heard last night to know that anything was imminent," Jeffress said on a phone call Friday. "I had my hopes up for quite awhile. We've been trying since the end of the Bush administration to get this done."

Libby had been convicted of perjury and obstruction of justice in 2007 in the investigation into who leaked the identity of CIA officer Valerie Plame. He was not accused of the leak itself.

Four months after Libby's conviction, President George W. Bush commuted the 30-month sentence but would not grant a pardon, despite requests from Cheney. Libby paid a $250,000 fine and completed his community service and probation following the conviction.

"I really ought to call him. I'm sure his phone is ringing off the hook," Jeffress said.

Libby was convicted in a case headed up by special counsel Patrick Fitzgerald, who was named by Comey, then serving as a top Justice Department official. Comey was fired as FBI director by Trump last year.

Libby's allies have claimed he was the victim of an overzealous special counsel, and have said his statements reflected differences in memory between himself and other witnesses, not an intent to lie.

"Many people think that Scooter Libby was a victim of a special counsel gone amuck," White House counselor Kellyanne Conway told reporters at the White House on Friday ahead of the pardon.

In a tweet, Cheney's daughter, Liz, currently serving as a US representative from Wyoming, said Libby is "a good, honorable and innocent man who was the victim of prosecutorial misconduct and a miscarriage of justice."

In pardoning a former White House aide, Trump could be signaling to his own associates that they will be protected if they decline to participate with government investigators. Neither the White House nor Trump himself have ruled out pardons for campaign aides indicted in the Russia investigation, though have insisted that no pardons are currently being considered.

Trump has spent the past week enraged at the special counsel and the ever-growing web of associates who have become entangled in the investigation. His anger was reinforced by excerpts from Comey's book, which paint the President as unethical.

Trump used his pardon authority last year when he pardoned Joe Arpaio, a controversial sheriff in Arizona who had been convicted of criminal contempt related to his hard-line tactics going after undocumented immigrants.

In the first pardon, Trump did not follow his predecessors' practice of consulting with lawyers at the Justice Department before announcing his decision.

Justice Department spokesman Ian Prior said earlier Friday that there was no current petition seeking a pardon on file with the DOJ's Office of Pardon Attorney. The White House is not required to consult with the office that typically handles most clemency petitions, but the majority of cases operate that way.