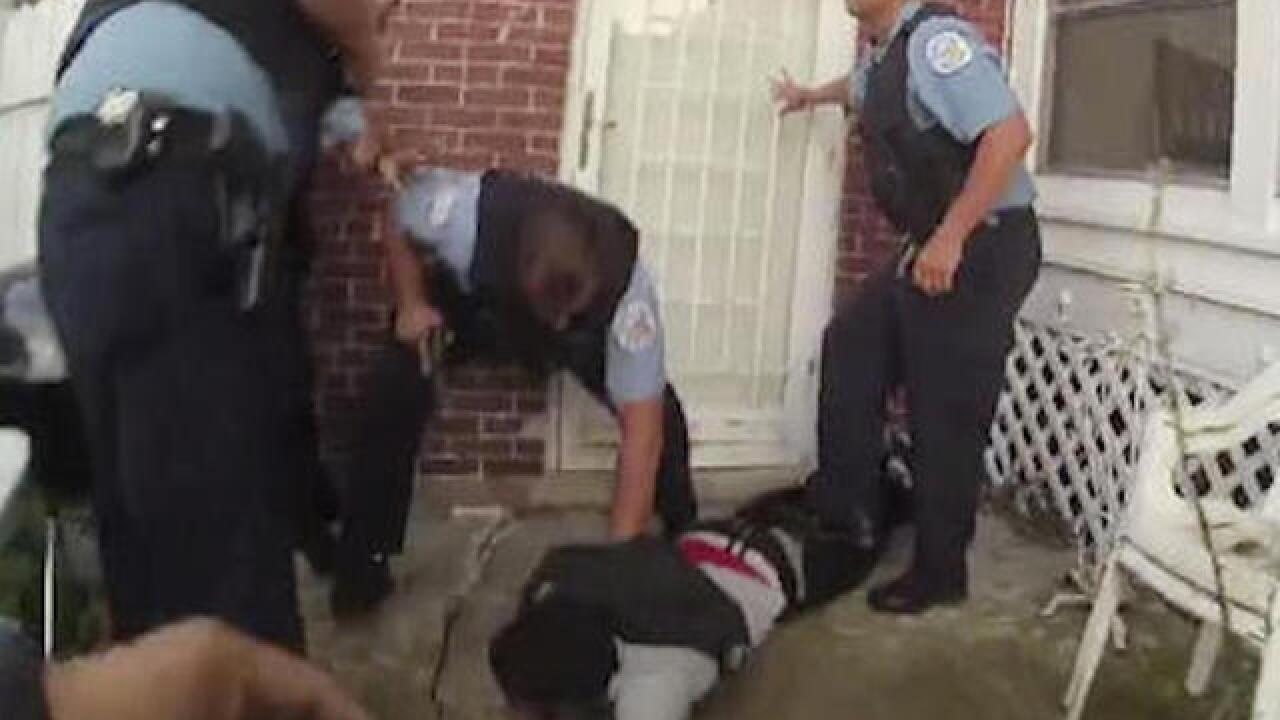 Copyright Associated Press
<p>In this frame grab from a body cam provided by the Independent Police Review Authority, Chicago police officers handcuff Paul O'Neal, suspected of stealing a car, after they fired into the vehicle he was driving and then pursued him through a yard on July 28, 2016, in Chicago. The video released Friday, Aug. 5, 2016, was the city's first release of video of the fatal police shooting under a new Chicago policy that calls for such images to be made public within 60 days. (Chicago Police Department/Independent Police Review Authority via AP)</p>

CHICAGO (AP) — Protesters are planning to gather Saturday for a rally and march that's expected to focus on last month's police shooting that killed Paul O'Neal, a black 18-year-old.

Nine videos released Friday showed Chicago police firing repeatedly at a stolen car as it careens down the street away from them. O'Neal, who was driving the car, was handcuffed after a chaotic foot chase through a residential neighborhood.

The rally and march was originally slated to take place in a Chicago park where 50 years ago Martin Luther King Jr. called for fair housing, but organizers of a festival related to a newly unveiled memorial in Marquette Park asked that the demonstrators move their rally.

Police Superintendent Eddie Johnson has stripped three of the officers of their police powers after a preliminary investigation concluded they had violated department policy. Johnson promised Friday that that if the officers acted improperly, they would "be held accountable for their actions," though authorities have not detailed the specific policy, nor identified the officers.

It was the city's first release of video of a fatal police shooting under a new policy that calls for such material to be made public within 60 days.

That and other policy changes represent an effort to restore public confidence in the department after video released last year showed a black teenager named Laquan McDonald getting shot 16 times by a white officer. The McDonald video sparked protests and led to the ouster of the former police superintendent. The officer who shot him is now awaiting trial on murder charges.

The head of the Independent Police Review Authority, the agency that investigates Chicago police misconduct, called the footage of the O'Neal shooting "shocking and disturbing." She did not elaborate.

A memorial for King's Aug. 5, 1966, march was unveiled Friday at Marquette Park. A march and festival were scheduled for Saturday, with The Rev. Jesse Jackson and Ilyasah Al-Shabazz among the speakers, and Rakim, Vic Mensa and Brother Ali among the slate of performers.