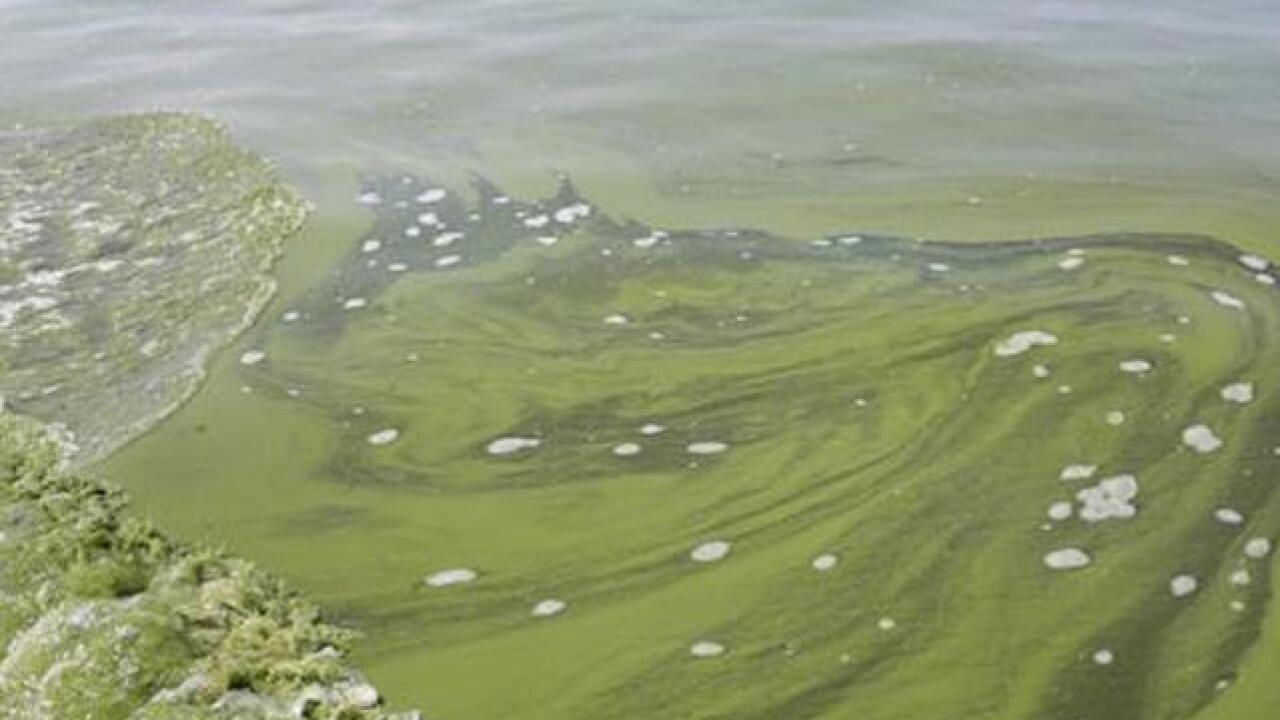 PUT-IN-BAY, Ohio (AP) — Potentially toxic algae is expected to form again this summer in western Lake Erie but should be considerably less severe than the blooms that blanketed the lake and threatened drinking water supplies the previous two years, scientists said Thursday.

After three wet springs, the region's rainfall was more normal this year, said Richard Stumpf of the National Oceanographic and Atmospheric Administration. That means less phosphorus from farms and sewage treatment plants has washed into the Maumee River and other tributaries that discharge into the lake, feeding harmful algae.

"With a return to average spring discharge, and much lower river flow in June than in the recent years, the western basin should look better," Stumpf, of NOAA's National Centers for Coastal Ocean Science and the agency's top Lake Erie algae forecaster, said.

Even so, a bloom of mild to moderate size is likely to show up late this month, reach its peak size in August and possibly linger into October, he said.

Where it goes and how big a headache it poses for water treatment plant managers and residents will depend largely on wind patterns.

In 2014, winds and currents steered a massive bloom into the Toledo area, leaving more than 400,000 people unable to drink tap water for two days. Last year's bloom was the largest on record, spreading scum for 300 square miles. But it stayed farther from shore and didn't prompt a do-not-drink order.

Federal and state agencies have committed to a 40 percent drop in phosphorus runoff into the lake and are developing plans for achieving it.

A coalition of environmental groups said the measures proposed thus far by Michigan, Ohio and federal agencies are inadequate and should require farms to sharply curtail runoff of manure and other fertilizers.

"We cannot just cross our fingers and hope for dry weather to ensure a healthy Lake Erie," said the groups, among which were the Alliance for the Great Lakes, the Ohio Environmental Council and the Michigan League of Conservation Voters. "We strongly urge the U.S. and Canadian governments to move quickly to create effective, real world plans for reducing agricultural pollution."

The forecast was based on several computer models developed by NOAA, university labs and LimnoTech, a private environmental engineering firm in Ann Arbor, Michigan. Together, they produce a "severity index" that predicts how large a bloom will be in a particular year.

This summer's bloom was given a 5.5 severity rating, just above the level considered high enough to raise water quality concerns. The 2015 bloom measured 10.5.

The models varied to some extent, largely because of uncertainty about how much phosphorus from 2015's gigantic bloom remains in lake sediments and will fuel algae growth this summer, said John Bratton, a scientist with LimnoTech. And late-summer storms also could boost runoff, providing late infusions of phosphorus.

Also unclear is how toxic this year's bloom will be, Stumpf said. Lake Erie's harmful algae is a type of bacteria that generates toxins called microcystin, which can cause liver damage in humans and kill animals. Scientists are still working on ways to include toxicity predictions in their algae forecasts. They shortly will deploy technology in the lake that will analyze algal toxins and provide early warnings to water plant operators.

"Drinking water managers have to be prepared for the worst," Bratton said, describing bloom movements as "inherently unpredictable."