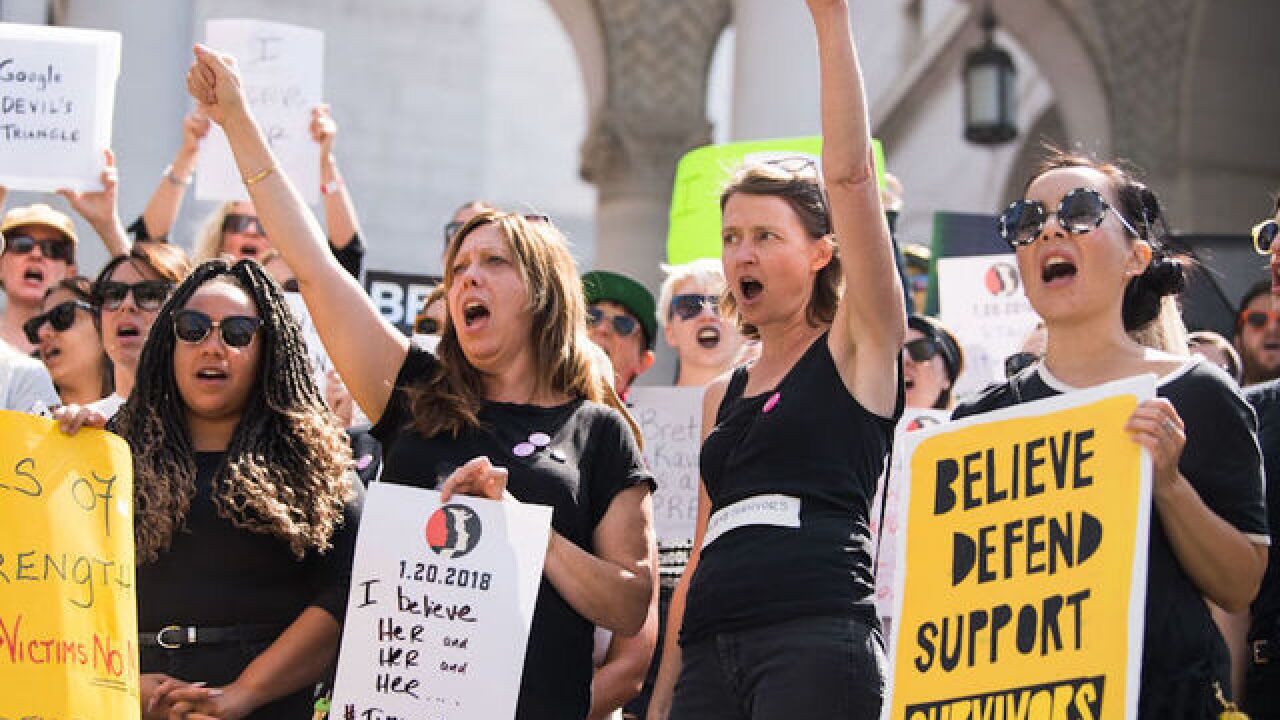 The National Sexual Assault Hotline in the US received a record number of callers after the Kavanaugh hearing -- with a 338 percent increase in traffic between Thursday, when the hearing took place, and Sunday.

The Rape, Abuse and Incest National Network, which operates the hotline, said it had helped more than 3,000 people on Friday. It was the busiest day in the hotline's 24 years, according to a statement Monday.

"Over this past year, following the cases of Weinstein and Cosby and the explosion of #MeToo, our numbers have been growing pretty rapidly, but we've never seen anything like this before," the organization's president, Scott Berkowitz, said in a statement Monday.

A spokesperson for the organization, Sara McGovern, previously said that call volume on the day of the hearing had increased 201 percent, compared to a typical day.

A total of 28,509 people called the hotline in September, up from 18,129 last September. That averages to about 950 callers per day, the organization said.

"History shows us that when high-profile allegations such as these are in the news it often causes others to reach out too. This story has clearly resonated with survivors, and has led thousands to reach out for help for the first time," Berkowitz said.

Other groups that support survivors of sexual violence have also seen a sharp uptick in activity around the hearings. One organization that caters to male-identified survivors, called 1in6 , told CNN on Friday that it had seen "about a 20 percent increase" over the prior week across several platforms -- web traffic was up, as was its 24/7 support line and its social media channels.

The DC Rape Crisis Center has also seen "a significant spike in hotline calls as a result of the Kavanaugh hearings," its executive director, Indira M. Henard, told CNN Friday.

The volume of calls -- which she said has been up about 15 percent since #MeToo began trending last year -- is not just from survivors of sexual violence. Some are friends and family of survivors, and some may never have been assaulted, but are "impacted by the heaviness of what is going on."

It's not necessary to have experienced sexual violence firsthand to be traumatized by detailed accounts like the ones now in the media, she added.

"The world is watching. Young girls, women are watching to see if their pain, if their experiences, will be taken seriously," Henard said. "This is such a pivotal moment in our country, and it's so much bigger than just the Supreme Court nomination."