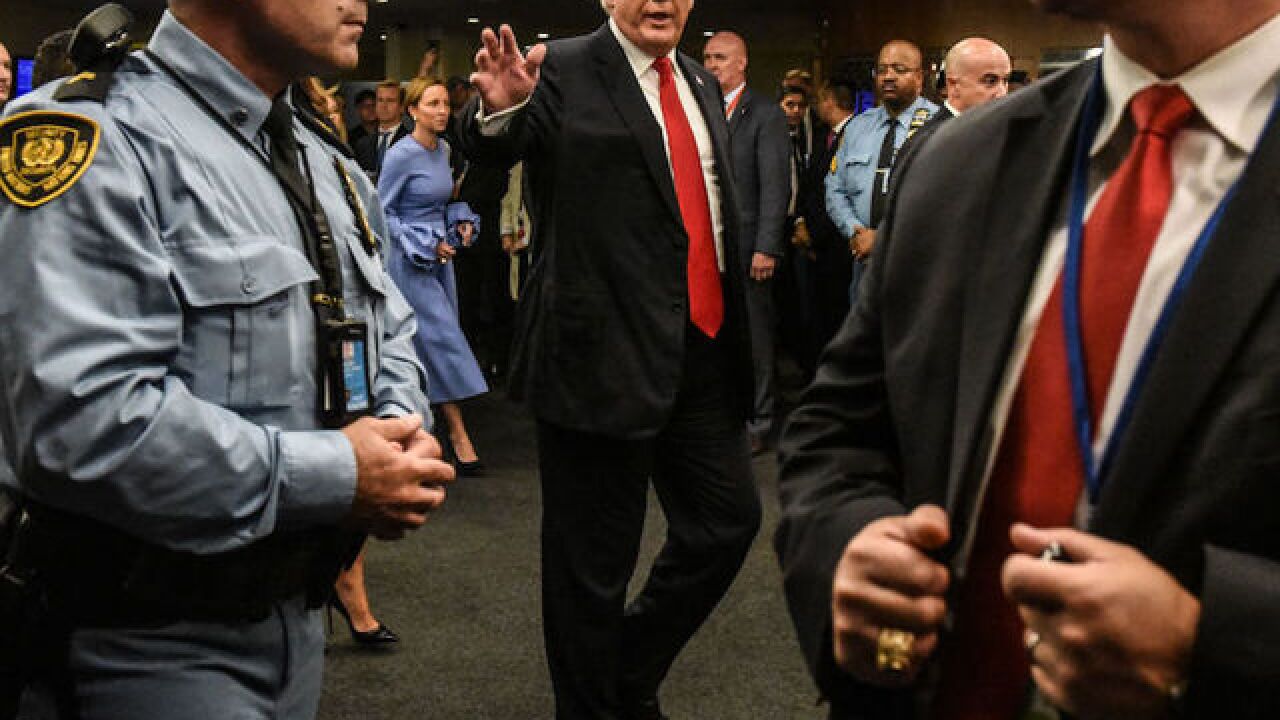 Image copyright 2018 Getty Images. All rights reserved. This material may not be published, broadcast, rewritten, or redistributed.
Stephanie Keith
<p>U.S. President Donald Trumpwaves after addressing the media during his arrival at the United Nations during the United Nations General Assembly on September 25, 2018 in New York City. </p>

President Donald Trump said he would have pushed Brett Kavanaugh's Supreme Court nomination through the Senate two weeks ago if he were responsible for the proceedings.

"They could have pushed it through two weeks ago and we wouldn't be talking about this right now, which is what I would have preferred," Trump said as he entered the United Nations on Wednesday.

Trump described Kavanaugh as a "gem" who had been unfairly maligned.

The Senate Judiciary Committee has scheduled its vote on Kavanaugh's nomination for Friday morning at 9:30 a.m.

The move would place the panel's decision just a day after it is set to hear testimony from Kavanaugh and Christine Blasey Ford, a woman who has accused him of sexual assault during a party in their high school years. Kavanaugh has denied the allegation.

"He's a gem. He's an absolute gem. And he's been treated very unfairly by the Democrats," Trump said Wednesday.

"They go into the back room and talk to each other and laugh at what they're getting away with," Trump said.