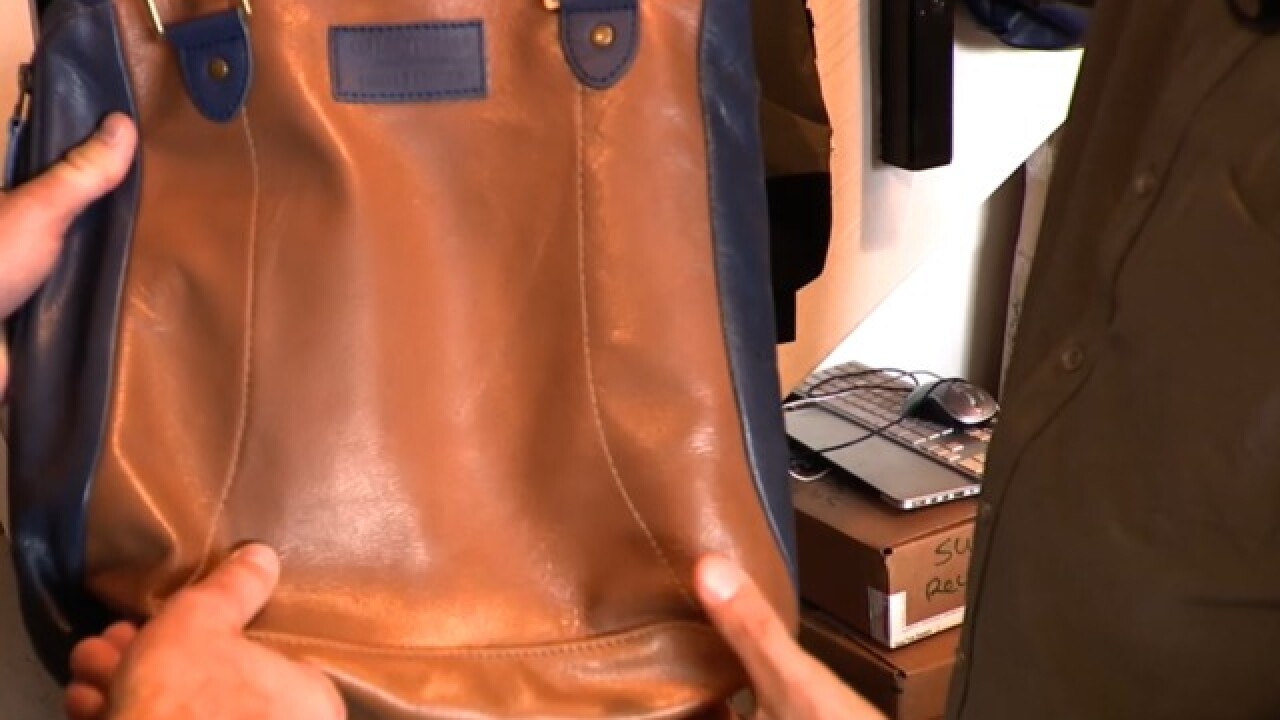 From old work uniforms to NBA jerseys to leather seats on an airplane, old material is being made into new products, and you can purchase them!

Looptworks , located in Portland, Oregon, is one of the biggest upcycling manufacturers in the country.

"We hope to have nothing that ends up in the garbage can or in a landfill," says Looptworks designer Nanette Berg.

“Here I have one of the Delta vests, and I also have already deconstructed one of their red jackets,” says Berg. “So, what I’m gonna do is cut certain pieces from certain materials and put them together and make another product.”

“This tote bag was once a leather seat cover in a Southwest Airlines plane,” says Van Horn, holding up a bag.

They're not the first company to upcycle, making new products out of old ones, but the company believes it's latest endeavor and partnership with Delta may be one of the largest upcycling projects to date.

Any material the company doesn’t use gets shredded down and re-processed into another material.

"It feels really good at the end of the day to say, ‘Look what I made!’ And it’s not gonna be sitting there in a garbage dump,” says Berg.