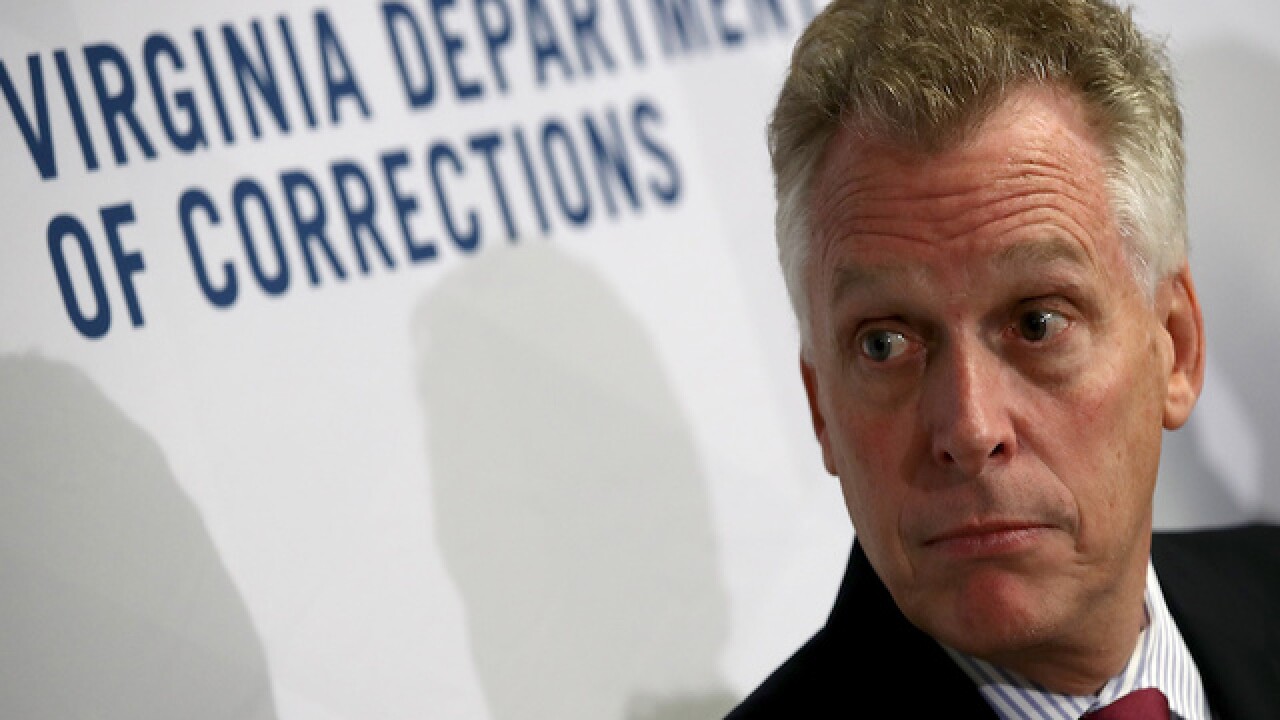 Copyright Getty Images
Win McNamee
<p>ALEXANDRIA, VA - MAY 24: Virginia Gov. Terry McAuliffe speaks during an event at the Alexandria Probation and Parole Office May 24, 2016 in Alexandria, Virginia. After the event, McAuliffe addressed recent allegations that the F.B.I. is investigating donations to his election campaign made by U.S.-based companies controlled by Chinese businessman Wang Wenliang. (Photo by Win McNamee/Getty Images)</p>

The Supreme Court of Virginia issued the ruling declaring the order unconstitutional late Friday afternoon. In a 4-3 decision, the court says McAuliffe overstepped his clemency powers.

The executive order, issued in April, restored voting rights of felons who completed their sentences and also allowed them to run for public office, serve on a jury and become a notary public.

The court ordered the state to cancel the registration of all felons under the order. More than 11,000 felons have registered to vote under the action.