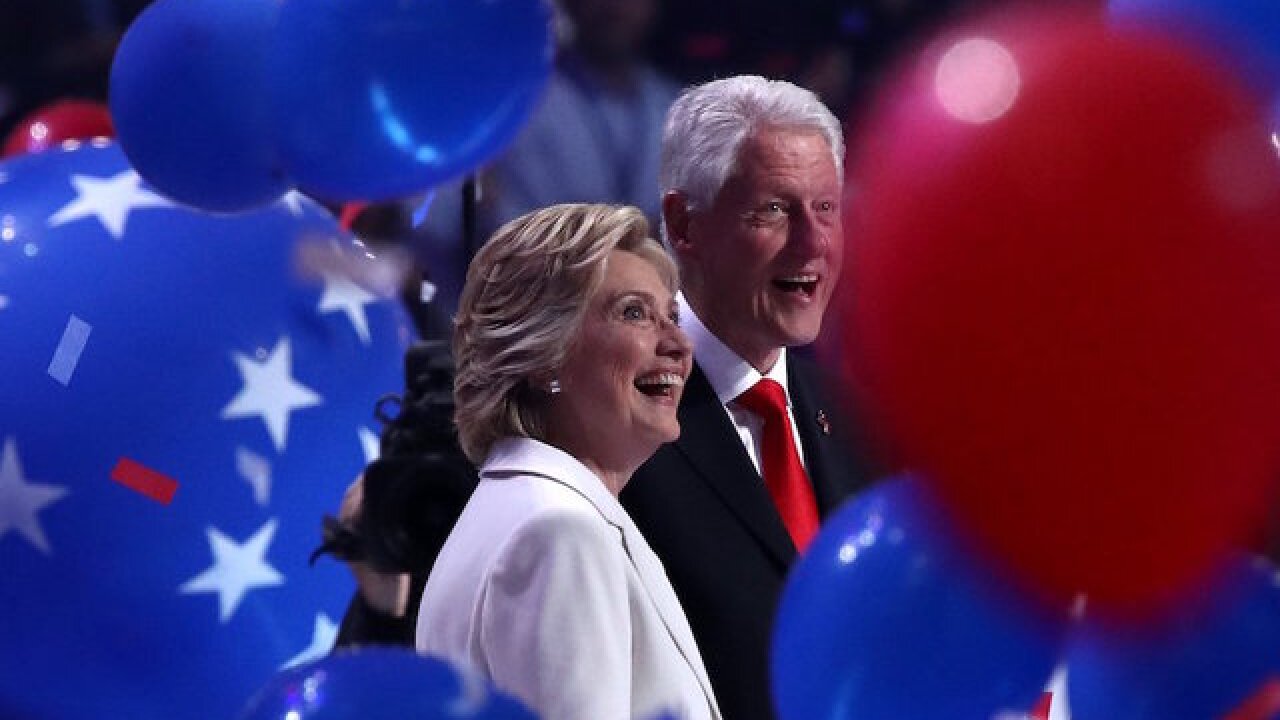 © 2018 Cable News Network, Inc.
Jessica Kourkounis/Getty Images
<p>Bill and Hillary Clinton are going on tour. The Clintons announced on Monday that they would headline a series of live events together -- billed "An Evening with The Clintons" -- across the country in the final weeks of 2018 and into 2019.</p>

Bill and Hillary Clinton are going on tour.

The Clintons announced on Monday that they would headline a series of live events together -- billed "An Evening with The Clintons" -- across the country in the final weeks of 2018 and into 2019.

The tour will provide the Democratic stalwarts with a notable platform weeks after the consequential 2018 midterm elections and deep into 2019, when a number of Democrats will be jockeying for positions in the fight to be the party's standard bearer against President Donald Trump in 2020.

The events, which are being produced by tour promoter Live Nation, are being billed as "one-of-a-kind conversation with two individuals who have helped shape our world and had a front seat to some of the most important moments in modern history."

"From the American presidency to the halls of the Senate and State Department to one of the United States' most controversial and unpredictable presidential elections, they provide a unique perspective on the past, and remarkable insight into where we go from here," reads the website dedicated to the tour.

The tour will start in Las Vegas, Nevada, with an event at the Park Theater. The couple will then travel to Toronto, Montreal and Texas before the end of 2018. The tour will start back up in April of 2019 with events in New York, Michigan, Pennsylvania, Connecticut, the District of Colombia, British Columbia, Washington and California.

Ticket prices run the gamut based on each location, but top tickets at the couple's events in Texas cost $699. The least expensive tickets at some of the events were around $70.

A Clinton spokesman did not respond to a request for comment on how much the Clintons will be paid for the tour.

Cross-country tours are in vogue for Democratic heavyweights. Former first lady Michelle Obama announced earlier this year that she would embark on a 10-city tour around her upcoming memoir, "Becoming."

While the events were billed as a chance for an "intimate conversation" with the former first lady, Live Nation booked arenas -- including the United Center in Chicago -- for the tour.